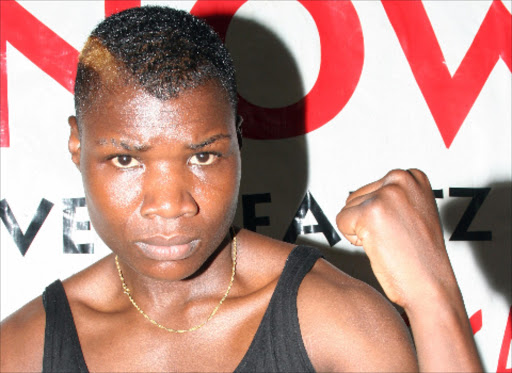 Following the saddening account of the once-explosive ‘Hands of Stone’, Conjestina Achieng, or Conje, as she is amiably referred to in sporting circles, several stakeholders allude that it’s about time Kenyan boxers became a lot more proactive in as far as planning for their future well-being is concerned.

The list of Kenyan boxers wallowing in poverty is easily a sad epitaph, according to former international Isaiah Ikhoni, who alongside the likes of David Makumba, Abdul Sendeko, Olympian Steve “Vedo” Okumu, Joseph Akhasamba, Ali Athumani, Maurice Maina Mwangi and Tom “Nyundo” Nyanya, have put their heads together and formed the Boxers Welfare Association to address the plight of those affected.

Life hasn’t been an easy ride for Conje and other former boxing greats among them James “Demosh” Omondi who was Kenya ‘s captain and flag-bearer to the 1984 Olympics Games in Los Angeles. Franklin Imbenzi of Solid Rock Promotions, who promoted two of Conjestina’s most expensive and most-hyped fights, is unhappy with the perception with which many boxers end up venting their spleen on promoters and overlook how the same promoters have invested in them while trying to keep their fortunes afloat.

“During the first fight against Argentine (Guilermina) Fernandez on the eve of 2005 Christmas, we paid her Sh600,000 and even went to the extent of paying for her other incidentals like her coach. I remember us paying for her apartment, car hire and gym expenses. Come the second game in April 2006 against American Yvonne Reiss, we paid her a purse of Sh750,000, besides catering for everything necessary. She fought in Mombasa in early 2007 against Laura Ramsey and made some substantial amount from Jab Jab Promotions,” recalled Imbenzi.

“I am also meant to understand that Jab Jab Promotions paid her good money more than we did. Conje went to Germany twice for title fight against Natasha (Ragosina). Plagued by mental problems for the better part of the last two years, it was a humbling experience for those who heeded the call to come to Conje’s aid including celebrity Nonini and Ida Odinga, the spouse of Prime Minister Raila, in Conje’s dingy single room house at Nairobi’s Baba Dogo estate.

“I have seen several local boxers who have made huge perks in the bare-chested game yet they have never bothered to invest. However, the moment their status deteriorate, they resort to pointing an accusing finger at the government and promoters,” a local top Promoter speaking on condition of anonymity said charged.

Legendary Ikhoni and Denmark-based Ashira Oure are among the few pugilists who have made it big financially after years of success in the ring. Oure, who carved his pro-boxing career in Europe runs a fitness centre in his Aahrus hometown of Denmark while Ikhoni owns a tours and travel firm in Nairobi .

“We meet on the first week of every month to deliberate on just how we can help out this group of former boxers. The only African to win the Val-Baker Trophy (Waruinge) isn’t doing well, so we must move with speed. Conje’s will surely be the top agenda in our next meeting,” said Ikhoni.

“It’s saddening that some of our colleagues like Waruinge and Muchoki are living in misery. Others even returned to their parents’ homes while some like the late Modesty Oduiri Napunyi and Charles Anjimbi died in abject poverty. I remember when the two died we had a really tough time in ensuring their bodies were transported up-country for burial,” said Ikhoni.

Last week, it emerged that Conje’s mental state was worsening and that she couldn’t afford house rent which cost paltry Sh2000. Contacted for comment, “Vedo” Okumu, who is the acting secretary for Kenya Professional Boxing Commission,”cast aspersions on boxers’ general lifestyle. He offered that boxers fail to adjust the moment their fortunes dwindle. Vedo recalled during his 20s when he traversed the world and dined in magnificent hotels. But when he retired from active play, he could hardly sustain the lavish way of life he had been used to in his heyday.

“My advice is that they (boxers) should learn to manage their hard-earned cash and should desist from blaming promoters unless their contract is not honoured. They should also make sure they sign a contract before setting foot into the ring. They should also always tell the truth as others tend to lie,” said Imbenzi.

“ I have an example of two boxers who are now leading a decent life with boxing cash.You will never here them blaming the government for neglecting them. I think Conje must have anticipated a lot of recognition and attention from the government and I have a feeling that she may have been frustrated in the long run.”