• When it comes to fighting corruption, we Kenyans – in my opinion anyway – have wrongly placed our faith in institutions

• Time and time again, we have seen that without “political will”, these institutions on their own cannot make much progress towards ending corruption. 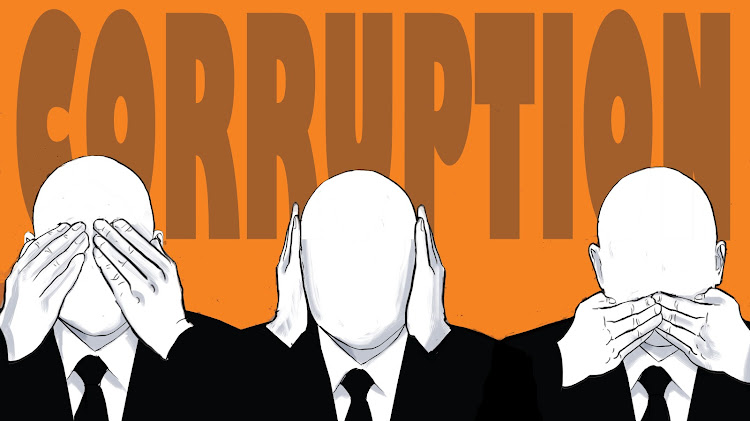 If you have any interest at all in American politics, you will be aware that President Joe Biden’s son, Hunter Biden, is currently under investigation for a variety of alleged misdeeds.

The accusations are mostly from members of the Republican party serving on the House Oversight Committee of the House of Representatives.

This comes within less than a month of the final sitting of the select congressional committee to investigate the attack on January 6, 2021 on the US Capitol.

This committee focused mostly on the role of former President Donald Trump in the attack on the citadel of American democracy. And it was an initiative of the Democratic party starting its work at a time when the Democrats controlled the House of Representatives.

This pattern reminds me of a remark I once read that was made by a rather cynical media commentator. He noted that despite all the elaborate theories put out to explain the workings of a democratic government, in the end, it all really just boiled down to the question of “who is in, and who is out.”

So, we can generalize - if only at this current time of deep political schisms in America - that when the Democrats control the House of Representatives, they are sure to use this as a tool to discredit a Republican president, if an opportunity offers itself. And in the same way, if the Republicans control the House, they can be relied on to dig up something that will greatly inconvenience – and if possible, discredit – a Democratic Party president.

Bill Clinton was hounded by the Republicans (though, like Donald Trump he managed to avoid any dire consequences). While the two Republicans were pursued by Democrats controlling the House of Representatives – Trump survived but Nixon had to resign.

In this lies many lessons for Kenya.

First is that when it comes to fighting corruption, we Kenyans – in my opinion anyway – have wrongly placed our faith in institutions like the Judiciary, the Ethics and Anti-Corruption Commission or the Office of the Director of Public Prosecutions.

Time and time again, we have seen that without “political will”, these institutions on their own cannot make much progress towards ending corruption.

But we recently had a change of government, following a peaceful election and a dignified handing over by former president Uhuru Kenyatta.

And since then, what have we seen?

Virtually every substantial politician belonging to the victorious Kenya Kwanza coalition, if he or she had a pending corruption case, has had it withdrawn.

And we are constantly told we should expect to see some of those who have enjoyed being in high office for the last five years – usually referred to as “cartels” – prepare to answer for their alleged crimes.

It is much the same thing as what we have seen happen in the US.

Politicians will always be more or less blind to the misdeeds attributed to those on their side of the political aisle; but when the alleged crimes are said to have been committed by those on the opposing side, then you find that they are eager to see prosecutions swiftly set into motion.

And in this lies the only chance for any long term diminishing of official corruption here in Kenya.

So long as there is a regular change of guard at the top. So long as real power is not wielded by the same group from one decade to another, we can be sure that impunity in high places will have a limited shelf life.

Whether the crimes alleged be big or small, real or imagined, sooner or later, there will be a new group of leaders in charge and with them will come an overflowing supply of “political will” for launching investigations.

Of course, there are exceptions. In South Africa, former President Jacob Zuma has faced a judicial inquiry into alleged “systemic graft” during his tenure. And this has happened while the party he belongs to, the African National Congress, is still in power.

Post a comment
WATCH: The latest videos from the Star
by WYCLIFFE MUGA Commentator on Topical Issues
Siasa
19 January 2023 - 11:45
Read The E-Paper