The exit of Kingi and Joho hasn’t dumped the quest for a regional leader. But who will take the mantle?

• Since the demise of politician Ronald Ngala in 1978, the Coast has missed the opportunity to have their interests accurately articulated at the national level

• This leadership vacuum has disadvantaged the region in terms of participation and effectiveness in national politics. 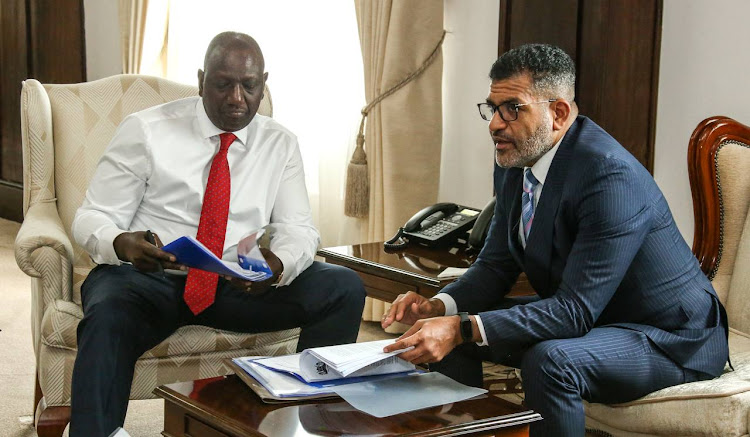 In the New Year, the question lingering in the minds of coastal communities is the absence of a substantive kingpin to represent region’s interests, otherwise known as the Coast agenda.

Regional ‘kingpins’ mobilise communities to participate in the national political process, the end result of which, is to share the national cake.  This Is what the Coast region has been missing over the years.

Since the demise of politician Ronald Ngala in 1978, the Coast has missed the opportunity to have their interests accurately articulated at the national level by a leader of their own.

This leadership vacuum has disadvantaged the region in terms of participation and effectiveness in national politics. It has similarly differentiated the region from the rest of Kenya.

The advent of devolution in 2013 ushered in hope following the emergence of a new crop of leadership.

They declared publicly that either of them would eventually lead the region. Political party differences, however, buried their hopes. Ten years alter and after serving as governors, Kingi and Joho have abandoned their ambitions lead the Coast and have gone separate ways, leaving the regional leadership vacuum intact.

However, the exit of Kingi and Joho hasn’t dumped people’s quest for a regional leader. But the question is, who will take the mantle?

It is too early in the year to make informed assessment about the men and women among the politicians who can lead the Coast. Nevertheless, some generalisations can be made from some of them and as of now, at least three politicians can be identified as potential leaders of the region.

Each one of these emerging leaders possesses separate qualities.

Mung’aro is leading the most populous county in the region.   The Mijikenda, who populate Kilifi county also cut across Mombasa and Kwale Counties. Mung’aro could, therefore, galvanize their support in search for a regional leadership. He also has the added advantage of being an old hand in Coast politics. He has been an MP, a Chief Administrative Secretary, ODM party Minority whip, chairman of the Coast Parliamentary Association, mayor, and now governor.

The combination of these factors, as well as his political acumen and foresight, could be advantageous to Mung’aro’s quest to lead the Coast region.

Governor Nassir is the other politician who has the potential to lead the Coast. Nassir has already demonstrated his leadership potential by subjecting senior county leadership positions, including opportunities to serve as CECs and chief officers to open competitive bidding, a departure from other governors, who have opted to singularly appoint cronies to these positions.

He also enjoys the positive political image of his late father, Sharrif Nassir, whose leadership was admired by many coastal communities. Beyond this, Nassir leads the most affluent coastal county and the hub of regional, national and international communications.

These factors put Nassir in a competitive position to fill the Coast political leadership vacuum.

One other politician to potentially lead the Coast is CS Jumwa. Even though Jumwa lost the Kilifi governor race in the 2022 elections, she immensely demonstrated some leadership qualities. Jumwa is vocal, aggressive, decisive and a go-getter.

Early in his presidency, President William Ruto has demonstrated a willingness to work with Coast elected leaders to develop the region.   He has restored local operations at the Port of Mombasa and appointed coastal leaders to the Cabinet and other senior positions in government. Former Kwale Governor Salim Mvurya is also in the Cabinet.

But Ruto cannot fulfil his wishes in a politically divided house that is the Coast. This region needs to identify a regional leader that can serve as the people’s singular voice to advance the Coast agenda.

With Ruto as President, the Coast unity of purpose would be the beginning of the region’s “turn to eat.”

How 2022 changed political fortunes for bigwigs

Some of the big names won big as Kenya voted in the August polls.
News
1 month ago

On Friday, the coalition members are expecting to tour Mombasa.
News
8 months ago
Post a comment
WATCH: The latest videos from the Star
by KAZUNGU KATANA
Siasa
15 January 2023 - 08:04
Read The E-Paper