Restoration of ecosystems can go a long way in climate change mitigation. 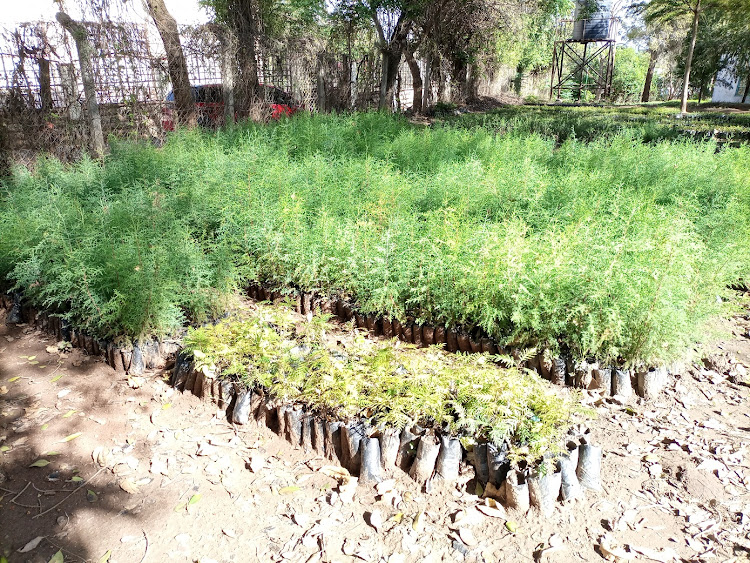 We are at a tipping point.

From unprecedented heat waves in Europe, deadly hurricanes in the US to devastating floods in Pakistan and Nigeria, this year has seen unprecedent weather patterns occasioned by global warming as unmitigated greenhouse gas emissions increase in our atmosphere.

In 2021, extreme weather events cost the global economy an estimated $329 billion. This includes four per cent of global annual economic output that could be lost by 2050 due to climate change.

We are in a climate emergency. The latest Intergovernmental Panel on Climate Change’s Sixth Assessment Report 2022 paints a bleaker picture.

While the plans submitted by signatories to the Paris Agreement would reduce greenhouse gas emissions, they are not ambitious enough to limit the global temperature rise to 1.5 degrees Celsius.

This comes even as global temperatures are predicted to rise between 2.1 and 2.9 degrees Celsius by 2100. Developing countries, including those in Africa, are most vulnerable to the effects of climate change.

Though Africa generates less than three per cent of emissions, the rapidly increasing climate shocks are bound to hit the continent and its people the hardest.

It is with this background that the Climate Summit of the United Nations Framework Convention on Climate Change, otherwise known as Conference of Parties (COP) is being held in Sharm Sheik, Egypt.

The 27th edition (COP 27) began on November 6 to deliberate on accelerating climate action, including adaptation, mitigation and financing. This follows commitments made in the Paris Agreement, a global pledge to take climate action penned by world leaders in Paris in 2015.

Further, Africa has the smallest share of climate action investments as compared to other regions. Thus, it is imperative for developed countries to meet these financial obligations, which will be instrumental for climate action.

Further, climate mitigation, which includes actions to reduce emissions like reduction of fossil fuels, transition to renewable energy sources and use of new technologies should be explored.

A key element of climate change adaptation is through Nature-Based Solutions (NbS), including  restoration of forests, wetlands and protection of habitats, among others.

Restoration of ecosystems can go a long way in climate change mitigation and adaptation and reversing biodiversity loss.

According to the Intergovernmental Science Policy Platform on Biodiversity and Ecosystem Services, NbS can provide up to 37 per cent of climate mitigation needed until 2030, which would help achieve the Paris Agreement targets.

BirdLife Partnership, the world’s largest and oldest partnership for nature has been leading on climate adaptation measures.

For instance, in Rwanda and Burundi, BirdLife International implemented a programme to help build the climate resilience of local communities through landscape restoration by planting more than 1.2 million trees.

Coupled with livelihood improvement strategies, the project helped more than 4,000 households cope with climate change in both countries.

Egypt, host country to COP27, has very few wetlands which are under pressure due to  various   factors, including rapid population growth, which has affected ability of these lands to regulate climate change impacts, further highlighting the growing need for NbS.

In the wider North Africa region, Morocco and Tunisia have created roadmaps and Working Groups focused on implementing NbS contained in the countries’ Nationally Determined Contributions across different sectors.

And south in the Sahel, BirdLife partners are involved in restoration efforts under the aegis of the Great Green Wall Initiative, which aims at growing 8,000km of trees stretching from Senegal in the west to Djibouti in the east, aimed at tackling desertification.

Governments are called upon not to pay lip service to the role of nature and natural ecosystems in the fight against climate change.

While on one hand signatories to various conventions commit to protecting nature, action on the ground through various development projects such as infrastructure, mining, agricultural development often damage these natural systems, which include forests and wetlands.

In their stock taking reports to the climate summit, governments must include the extent to which their interventions have either helped or damaged nature.

Climate change and nature are inextricably linked. Nature is impacted by climate change but is also part of the solution.

The ongoing development of a global plan to protect biodiversity, dubbed the ‘Post 2020 Global Biodiversity Framework’, is a chance to optimise synergies for addressing the climate and biodiversity crises. The Biodiversity Summit (COP15) in Canada this December is one such chance.

At Sharm El-Sheikh, governments should demonstrate political will by committing finances to address climate change, while focusing on helping hard-hit communities from developing nations.

They must also send a strong message on the need to put nature at the heart of climate change adaptation and mitigation.

The time for more promises and lofty statements is long gone; it is now time for action.

Khaled Elnoby is the CEO, Nature Conservation Egypt, while Ken Mwathe is the policy and communications coordinator, BirdLife International Africa

Climate change is running faster than us, Kipchoge warns

Kaptagat is one of the forests in the North Rift conservation area that covers a total of 5,663.56 hectares.
News
4 months ago

Nandi aims to increase forest cover from 26% to 50%

• Nandi's forest cover stands at 26 per cent but conservationists want to increase it to 50 per cent by 2050.  • The county is bringing together ...
Counties
4 months ago

The project will assist in preventing soil erosion and combat climate change
Counties
6 months ago
Post a comment
WATCH: The latest videos from the Star
by KHALED ELNOBY AND KEN MWATHE
Siasa
10 November 2022 - 23:00
Read The E-Paper