If we allow politics to penetrate our service team, we will end up with a highly divided force 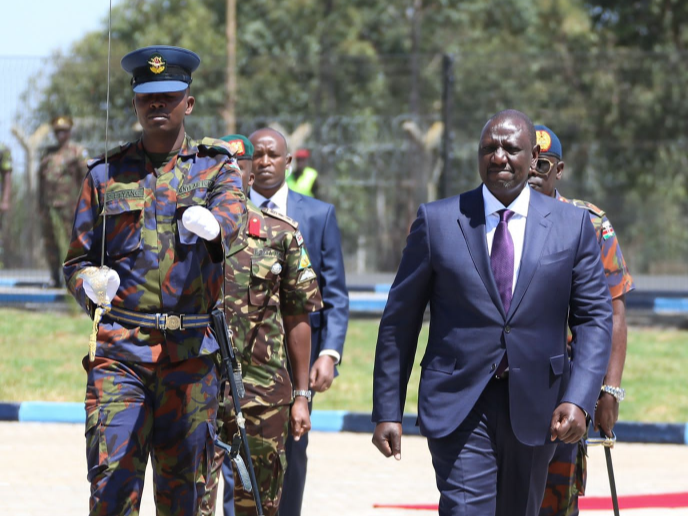 One of the most difficult jobs in the world is maintaining security of a nation. From petty crime to cattle rustling to organized gang crime, criminal cartels, internal and external terrorism, the security sector actors always have their plates overflowing.

For such a difficult task, one requires minimum or no distractions whatsoever. It is impressive that after intensive investment in the security forces by the previous Kenyatta administration, Kenya now reportedly enjoys a police to civilian ratio of 1:390 surpassing the UN recommended police to civilian ratio of 1:450. The success of security forces depends on unconditional political support in terms of supporting and enabling legislation and operational autonomy. Intelligence gathered mainly from the public is the engine that keeps the security sector on top.

Politics, on the other hand, is by nature a divisive undertaking. It is bullish, manipulative, dishonest, misleading and utopic, all which perfectly qualify the signature quote that “politics is a dirty game”.

With this in mind, it naturally strikes any reasonable person that mixing politics with serious matters such as security is a dangerous adventure. In Kenya, politics has for a long period been more a comic affair than a progressive science. Politicians have been openly and confidently selfish, dishonest and populist and Kenyans do not seem to have found a good way to punish that level of frivolous conduct.

As a result, political fiction has thrived in Kenya. What politicians say and get wild cheers for does not come close to reality. From untenable promises to boldface lying, politicians have enjoyed the luxury of being self-indulgently carefree, giving very little if any proper thought to anything they say or undertake. Take note, not all politicians are in the wrong place.

We have very good politicians otherwise our country would be to the dogs by now. However, note that they are just a part of the larger group. The offensive comic is also very infectious because how do you explain the unity in matters protecting their untenable greed for more funds? How do some unreasonable laws get passed? Simple, political interests often push public interests to the periphery.

A serious leadership should be according the security sector unwavering political support by cushioning the security personnel against the unreasonable bullying, distraction and divisiveness of politics. The decision by President William Ruto’s administration to publicly disband the elite DCI unit-Special Services Unit has been done very unprofessionally and is sure to have a non-desired effect on the handling of security operations in the country.

Get me right, I am not for extrajudicial killings, arbitrary arrests and undue intimidation of civilians by the security forces. However, the Police Service is a complete system with an Internal Affairs Unit that investigates the conduct of officers and disciplines those culpable in any unlawful acts. There is the Independent Policing Oversight Authority that investigates deaths and serious injuries to civilians caused by the police.

The essence of having this independence is to ensure impartiality and cushion members of the forces from undue bullying and bulldozing by the powerful political elite. If this is not done, politicians with criminal records would remain untouchable because they will have the liberty to launch politically-instigated proceedings against members of the police service, distracting, delaying and interfering with cases against them. Investigations and disciplinary actions against the police should be left to the internal and independent institutions established by the constitution, and should be free from any political motivation.

The Special Services Unit was established to deal with grave, stubborn security matters that required special attention. Any officers found to have gone overboard should be punished. However, parading them in public can have the negative effect of demoralizing their colleagues. You see, criminals fight back in many ways. The members of the service need to be highly motivated, inspired and have a high sense of security to be able to fight back without psychological limitations. The proceeding should be done in a professional manner that assures other service members that nobody will come for them for doing the right thing.

Politics is very permeable to criminals. In fact, it has been credibly reported that some of our politicians are simply thugs in nice suits and some good Queens, or is it King’s language now?

If these people are allowed to freely meddle in the affairs of the police service operations, their greatest motivation will be to cushion themselves against police action on their illegal activities. It is up to you, President Ruto, to rein in on your political team and firmly order them off the police service affairs. If we allow politics to penetrate our service team, we will end up with a highly divided force that will be gravely ineffective.

Remember, it took the wisdom of uniting the security teams for former President Kenyatta to be able to arrest the worrying insecurity that plagued the country at the start of his tenure. The unity of command and purpose turned our security situation around.

Politics will undo that unity, and as we can all agree, it will be calamitous for our Country. It is up to you, Mr. President.

Post a comment
WATCH: The latest videos from the Star
by MICHAEL MUGWANG’A
Siasa
30 October 2022 - 14:06
Read The E-Paper