GITU: Diaspora ministry work cut out on abuse of Kenyans in Middle East

• The cardinal duty of any government is to protect citizens wherever they are  - in the country or overseas. This is a tenet between the government and its citizens

• The abdication of this responsibility is tantamount to delegitimising the authority to govern. 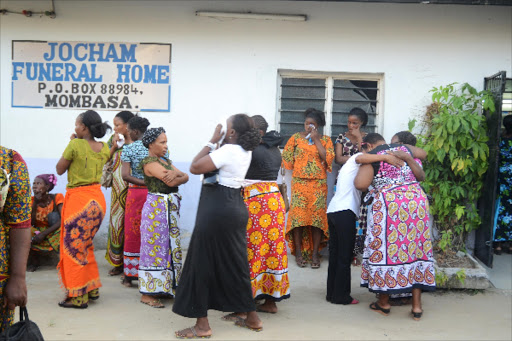 MOURNING; Friends and relatives of Ansila Charo, one of the two Kenyan domestic workers who died in Saudi Arabia last year, mourn after viewing her body in Mombasa
Image: FILE

The better part of the year has had extremely disturbing media reports about abuses of Kenyans working in the oil rich Arab Gulf countries.

Based on data estimates from the ministries of Labour and Foreign Affairs and other diverse sources, there are approximately 150,000 – 350,000 Kenyan migrants - mostly unskilled labourers - who are represented in the Gulf countries' population.

This number is expected to grow due to the high demand for low-paid foreign workers in the Gulf countries. In Saudi Arabia alone, where there have been horrifying reports of abuse, there are well over 100,000 Kenyan workers.

According to the Ministry of Foreign Affairs the at least 89 Kenyans, most of them domestic workers, died in Saudi Arabia between 2020 and 2021. This data was in a report presented to the National Assembly in late 2021.

To understand the situation, sample the following conditions for house help workers in Saudi Arabia. The domestic service worker as stipulated shall not refuse to work or leave the service without a valid reason.

The domestic service worker shall not work for their own interest and benefit.

The domestic service worker shall not violate the dignity of the employer and the family members, and shall not interfere in their affairs.

This is curious as the responsibility lies with the domestic worker with no mention of employer’s (read wealthy families) role in the whole employment terms and conditions.

Truth be told: Working abroad, especially in certain unskilled professions, is not an easy undertaking. Based on previous reports and as pointed out earlier, there are no structures in place to protect these workers.

Based on reports from the Central Bank of Kenya, between January and August this year, Kenya received approximately Sh23 billion ($188 million) from Kenyans working in Saudi Arabia. This oil rich gulf country emerged as the third largest source of remittances only being surpassed by the US, which topped with Sh188 billion ($1,500 million) and the UK with Sh25 billion ($ 208 million)

To tap into the huge remittances from these workers, the time is opportune to raise the bar in being proactive in terms of the workers welfare.

The Ministry of Foreign and Diaspora affairs has her work cut out to address these grave concerns. To achieve this key agenda the following need to be prioritised.

First, the government should establish full-fledged labour attaches in Kenyan missions in the Gulf countries, where there are a large number of Kenyan workers.

Second,  government attachés should have access to the domestic workers so that they have an avenue to raise their concerns. In the era of digital communication this should be not be arduous task.

Third, periodic visits by the missions should be initiated and reports of the plight of workers filed with relevant government agencies, including Parliament committees

Fourth, local agents should be thoroughly vetted to ensure they comply with all regulatory and labour laws.  The periodic publication in the national dailies of those licenced should be done.

Fifth, reports that senior national government bureaucrats own these firms is a clear conflict of interest and the Ethics and Anti-Corruption Commission should take up the matter.

Sixth, the contracts signed by the local agents, overseas recruitment partners and the gulf employers should be availed to the workers’ next of kin.

Seven, to ensure transparency, data on Kenyans working in these countries should be readily availed to all concerned agencies These Kenyans pass through our various immigration desks with passports issued by the government.

Eight, the government should as a matter of priority summon the ambassadors of these countries to express concern about the plight of Kenyans in their respective countries. This should be with a view to addressing all the concerns raised over the years.

In conclusion, the cardinal duty of any government is to protect citizens wherever they are  - in the country or overseas. This is a tenet between the government and its citizens the world over.

The abdication of this responsibility is tantamount to delegitimising the authority to govern.

Dr Njau Gitu is an educator practising as a governance and public policy adviser.

They say treatment of Kenyan girls in Saudi Arabia is modern day slavery.
News
1 month ago

They work in harsh conditions and receive lower salaries than they expected.
Opinion
1 month ago

Betty Wanjala is currently being housed by a woman who rescued her after her then boss threatened to shoot her.
Counties
1 month ago

I’m lucky to be alive, says Mombasa woman back from Saudi

Bakari is among 10 ladies who came back home from the Gulf country last week.
Counties
1 month ago
Post a comment
WATCH: The latest videos from the Star
by NJAU GITU
Siasa
21 October 2022 - 09:34
Read The E-Paper