GHAI: Why we have commissions and how they should be run

Commissioners set the broad outlines of what is to be done, and how – deciding as the law requires.

• During the presidential petition hearings, the spur was the complaint by four IEBC commissioners they had not been involved in the last stage of verification of  results.

• And there was much discussion about what “commission” meant. 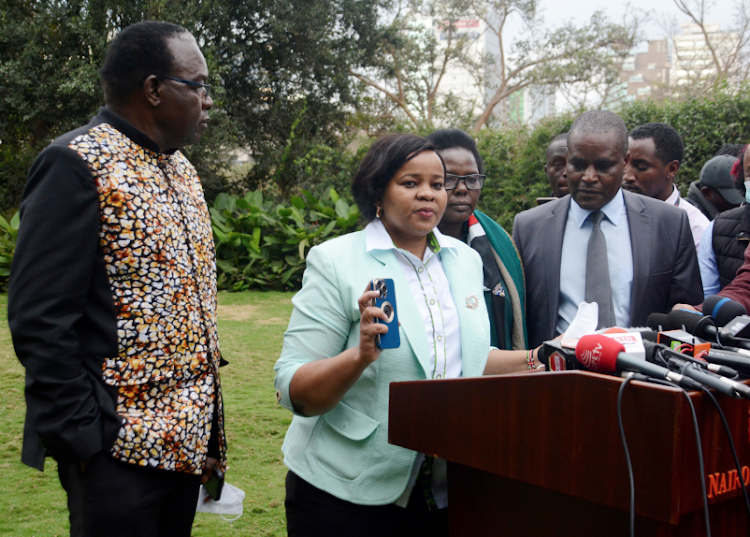 The spur was of course the complaint by four Independent Election and Boundaries commissioners that they had not been involved in the last (“opaque”) stage of verification of the results. And there was much discussion about what “commission” meant.

At one point the court asked former member of the Constitution of Kenya Review Commission Githu Muigai why commissions were thought so important. He gave his own response and embroidered it by suggesting, surprisingly, that for this commission the chairperson was intended to be an “executive chair”.

The Constitution creates 10 commissions and requires that the law create an 11th (the Ethics and Anti-Corruption Commission). The Constitution seems to suggest that they have similar broad objectives. These are to protect the sovereignty of the people, ensure state organs respect democratic values and principles, and promote constitutionalism.

Yet the commissions are very different from each other. What they have in common is not being part of a government department, being independent, and having their commissioners approved by Parliament.

Being independent means basically making their own decisions and not being told what to do by anyone else. This is supposed to be ensured in various practical ways. Politicians do not choose the commissioners on the whole - though as a sort of compromise they have to be approved by Parliament. They cannot be sacked except through a complex procedure rather like that for dismissing judges. Their salaries are not supposed to be subject to an annual vote in Parliament but are guaranteed, and while they are in office their salaries and benefits cannot be reduced. So they cannot be punished for their decisions in that way. Most of them have a single term of office of six years – so they should not be tailoring their actions to the prospect of a new term of office.

You can get an idea of why they exist by thinking about who would do their tasks if they did not. The Judicial Service Commission – appointing and sacking judges might be the responsibility of government. The human rights commissions (the Kenya National Commission on Human Rights, the National Gender and Equality Commission and the Ombudsman) – possibly no-one would do what they do, or it would depend on the expense of going to court, or a committee of MPS might do some of their work.

The Salaries and Remuneration Commission – before it existed MPs fixed their own salaries and those of many others in the public service. The National Land Commission – its work would be done by civil servants, perhaps in the Ministry of Lands. The Public Service Commission – presumably ministers and other elected officers would appoint people, leaving low level employees to higher level employees. Civil servants might be readily sacked. The Teachers Service Commission – teachers might have been employed by the Ministry, local bodies or even by schools.

The alternative to the IEBC might have been to leave it to a government department – basically to public servants, but ultimate with a political boss. Some of it might be at the local government level.

Why? One problem with politicians is that their horizon is usually the next election. (This is depressingly obvious from the difficulty governments round the world are having making the necessary decisions to avert the worst consequences of climate change.)

Another is that in some circumstances, they would be making decisions that would affect themselves – like on their own salaries and allowances, or, of course, arrangements for elections including of themselves. In Kenya, there is also the fact that politicians are not highly regarded for their ability to think of the national interest rather than their own, or even for their ethics.

The hope is that a commission would have a longer time frame, and more focus on the national interest.

Another element is expertise. Most commissioners are – or are supposed to be – people with some relevant expertise or experience. They can have a range of relevant backgrounds. They may operate in less of a “silo” than a government department and bring together a variety of expertise.

Another purpose may be accessibility. The human rights commissions to some extent offer a cheaper alternative (for complainants) than courts. They may be less formal and intimidating.

There were some odd moments in the Supreme Court when lawyers would suggest that the word “Commission” in the context of the IEBC could mean different things at different times – meaning maybe the chairperson, the commissioners or the staff. This was nonsense. Commission means the commission.

But what is that?

The Constitution says that each commission is a “body corporate”. It is a legal person, so it (as opposed to its commissioners and staff) can make contracts and own land. It also has “perpetual succession” another strange legal phrase meaning it continues to exist as a legal body independently of the individuals who are the commissioners or staff – though of course it acts only through human beings.

So, to take the IEBC and the presidential election for example, the Constitution says that “after counting the votes in the polling stations”, the IEBC must “tally and verify the count and declare the result.” So the commission counts the votes, then adds then up and checks them and finally declares the result.

Which individuals actually do this?

How a commission does what it has to do depends on its procedures and whether they are correctly followed. Those procedures will be found in the various laws establishing commissions, in their internal regulations if made in accordance with their laws, all of course subject to the Constitution including the national and public service-specific values – administered with a dose of common sense I would suggest.

It important to remember that there is always also a secretary to a commission – in charge of day-to-day administration and carrying out commission decisions. That person is the “accounting officer” of the commission, which means they have the responsibility of ensuring the commission’s resources are used in a way that is lawful and authorised, and “effective, efficient, economical and transparent” (Public Finance Management Act).

Commissioners set the broad outlines of what is to be done, and how – deciding as the law requires. The secretary ensures it is done. Commissioners are not expected to be so “hands-on”.

By common sense, I have in mind factors such as whether commissioners are full- or part-time (the Constitution says they may be either). Clearly, if the former they must have more responsibilities. Again factors such as the technicality of the processes involved might be relevant to their role. And one might imagine a practice of involving commissioners personally more in matters of greater complexity and national importance.

Then the EACC Act says commissioners are to ensure the commission and its staff, including the secretary, perform their duties to the highest standards possible. Even if a commission’s Act does not say this, common sense suggests this would be an aspect of their role.

They agreed with the statements sent from IEBC Chairman Wafula Chebukati.
News
5 months ago

It is still below the institution the 2010 Constitution intended.
Opinion
5 months ago