Kibaki thought through the education stratum and made the requisite interventions through appropriate national investments.

• The decisions and successes of Kenya’s third president in education could have not been accidental. 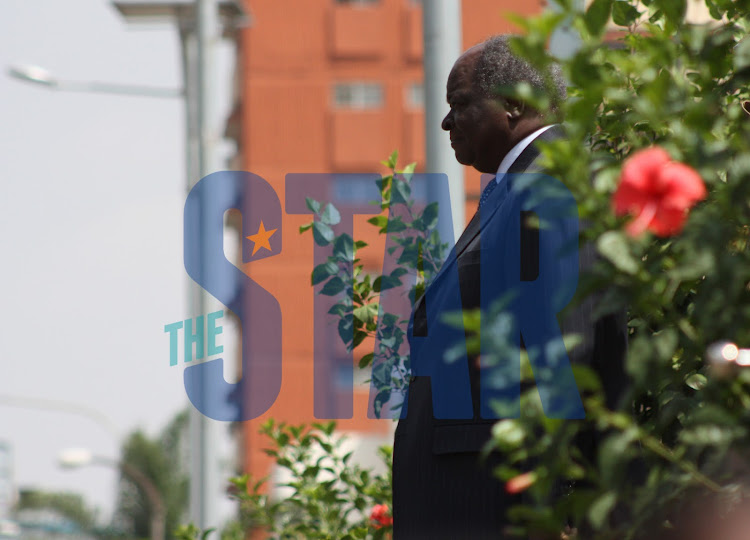 In the period 2000-02, I was in a Pan-African civil society grouping campaigning for Education For All as part of activities to attain Millennium Development Goals.

The goals were the results of the United Nations Declaration to attain sustainable human development. We were convinced as activists that free and quality education would greatly leverage the development agenda of the continent. Therefore, we set out to lobby key political leaders to dedicate adequate funds to support education.

Access to basic education was being hampered by among other factors, heavy and unnecessary fees levied on parents. This meant that education became a privilege of the few who could afford the costs associated with children going to school.

The result was that many children dropped out school mid-stream or avoided the educational institutions altogether. The attrition rate was becoming catastrophic and urgent measures needed to be undertaken to remedy the situation.

In these efforts we reached out to Kenyan political leaders notably Mwai Kibaki, who was leading the opposition NAK coalition and Raila Odinga then leader of NDP and working in co-operation with Kanu. Both leaders agreed to include this agenda in their respective manifestoes come the general elections in 2002.

As fate would have it, Raila broke ranks with Daniel Moi’s Kanu and joined Kibaki under the Narc coalition. The access to quality education became a key plank of the Narc manifesto and we were excited to join and be part and parcel of the campaign team. The coalition swept Kanu out of power and installed Kibaki as the third president. Upon being sworn in, Kibaki declared provision of free primary education.

The declaration of free primary education was accompanied by serious legislative and statutory support frameworks. The first budget of Finance Minister David Mwiraria devoted immense funds to support infrastructural improvements of the schools. Money was allocated to schools to buy learning materials.

This meant that pupils were never to be sent away because they lacked books or pens. In all instances, the government provided feeding support to vulnerable regions so that pupils did not suffer hunger due to famine.

Children found school environment more conducive and exciting. The Njoki Ndung’u-sponsored, Children’s Bill was soon after enacted. It expanded and entrenched the rights of children in law. It became criminal to exclude a child from education. The transition rates in primary schools significantly improved and this required expansion of secondary school education facilities.

In Kibaki’s second term, attention was then trained at the secondary level. Resources were set aside to cushion parents and guardians from the burden of tuition and learning materials costs. Bursaries were allocated to those students whose parents had challenges paying school fees. Again, the enrollments soared and the retention rates improved at high schools.

Out of his foresight, the Sessional Paper No. 1 of 2005 was developed in line with the Vision 2030. In this policy blueprint, emphasis was placed on globally competitive education and nationally oriented training. The Vision 2030 envisaged a middle income economy spurred through industrial growth. Heavy but appropriate investments were thus made in tertiary technical training institutions.

Admission to TTIs and universities ballooned. However, the increase in higher education enrollment was marched with appropriate resource outlay. Funds were set aside for universities teaching and learning facilities as well as staff development programmes.

The establishment of the new institutions had ripple economic effects. Their immediate areas of operations witnessed rapid growth in commercial activities, including property investments. The good outcome is that the many graduates completing their studies at the universities during this period never suffered unemployment.

They were the immediate beneficiaries of the booming economy of this era. The universities also expanded their research outputs. The changes effected in higher education led to the establishment of an authority dedicated to national research. The National Commission for Science, Technology and Innovation worked closely with universities.

The collaboration enhanced the international profile of local universities through global academic rankings. In conclusion, President Kibaki thought through the education stratum and made the requisite interventions through appropriate national investments.

The decisions and successes of Kenya’s third president in education could have not been accidental. His history attests to his love and commitment to education as a young man and later on as a leader.

History records that he was born into humble family environment as Emilio Mwai Kibaki, on November 15, 1931, in Gatuyaini, Othaya, Kenya. He attended Mangu High School under extreme difficulties except for the support from the missionaries.

Kibaki, was among the first lot of Kenyans to attend the then prestigious Makerere University in Uganda, where he attained a B.A in 1955.Through government scholarship on account of his brilliant academic performance, he proceeded to the London School of Economics and graduated with a B.Sc. in 1959.

He then worked as a teacher before being absorbed as lecturer at his alma mata, Makerere University. Kibaki did not have to be persuaded so much by the Kanu deputy leader Jaramogi Oginga to join the independence movement. He voluntarily relinquished his intellectually stimulating career in academia and became active in the Kenyan struggle for independence from Great Britain.

He believed that he would make much better contribution to education of his countrymen by taking a leading role in establishing the first African government for Kenya.

After Kenya became independent in 1963, he won a seat in the National Assembly as a Kanu member. In Parliament and the Cabinet, he was crucial in the development of the early national policies.

He worked closely with founding President Jomo Kenyatta together with Kenya’s national policy guru of all times, Tom Mboya. Kibaki later served as minister of Finance where from his stewardship, the country witnessed steady economic growth and development.

This background could be responsible to his leadership attributes, which we celebrate today in his untimely demise.

Ochieng’ Kanyadudi is a political and public policy analyst

President Mwai Kibaki shall be accorded a State Funeral, with full Military Honours.
News
1 month ago

Kibaki died on Friday at the age of 90.
News
1 month ago

His death was announced by President Uhuru Kenyatta on Friday.
News
1 month ago