• Reconstituted Joint Monitoring and Evaluation Commission interim chairman expreses concerns over the increasing fighting after a meeting in Juba on Thursday. 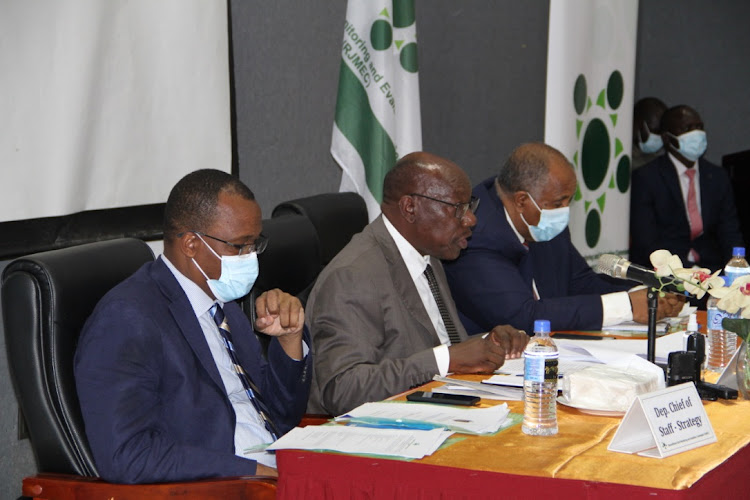 Factional clashes between opposition troops and defectors to the national army in Upper Nile and Unity States are a threat to South Sudan’s unification of forces, the joint monitoring commission has said.

The meeting was held a day after the commission condemned the suspension of participation of the Sudan People's Liberation Army-in-Opposition in the meetings of the security mechanisms of the peace agreement.

“A unified force depends on cohesiveness for its ability to function as a professional force,” he said.

There were reported clashes in Maiwut between the two sides early this week.

Gen Lul Ruai Koang, the SSPDF spokesperson, on Wednesday told South Sudan's Radio Tamazuj the fighting clashes in Maiwut’s Tru and Jekou areas on Sunday left at least 10 soldiers dead and several others injured from both sides. He also said calm had returned in Maiwut after their forces withdrew on Monday.

Sunday’s clashes were triggered by the killing of one of SSPDF officers by SPLA-IO forces in Tru, Koang said.

SSPDF appealed to the International Community, eminent persons, and religious leaders to stop the fighting. 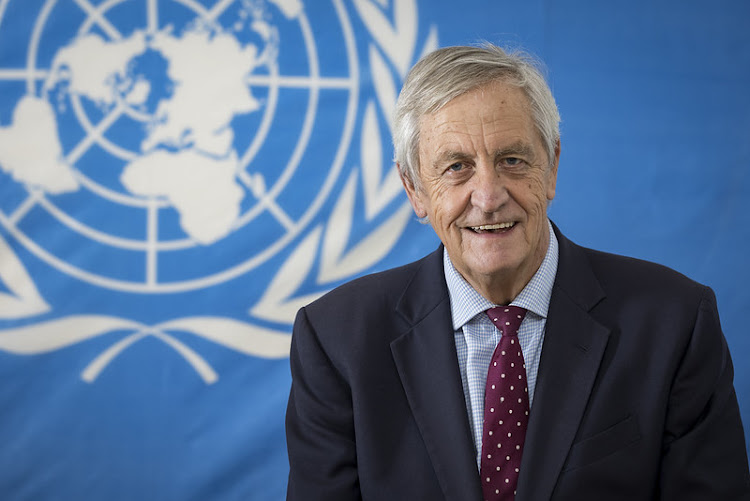 The UN Mission in South Sudan on Thursday also weighed in on the matter, urging all parties to fully comply with the letter and spirit of the peace agreement.

In a statement, head of the UN Mission in South Sudan Nicholas Haysom — who is also the Secretary-General’s Special Representative for South Sudan — urged all signatories to the peace agreement to respect the “vital document”.

“The decision by the Sudan People’s Liberation Movement-In Opposition (SPLM-IO) to suspend its participation in the security mechanisms of the peace agreement is deeply worrying,” Haysom said in the statement.

“However, we acknowledge some of the concerns raised by the SPLM-IO, especially the alarming spike in violent conflict in Upper Nile and Unity states, that has directly impacted their cantonment sites as well as innocent civilians,” the UN envoy added.

A UN report early this month said at least 440 civilians had been killed in the fighting between rival factions in southwestern South Sudan over "a few months" last year.

The joint report by UNMISS and the UN Human Rights Office said grave human rights violations and abuses, including hundreds of killings, were committed against civilians during fighting in Tambura County, Western Equatoria State.

It blamed the South Sudan military and SPLM/A-IO, which is led by First Vice President Riek Machar, and "their respective affiliated militias".

Haysom said there is no military solution to the conflict in South Sudan.

“ I encourage political parties to put aside their differences in the larger interest of peace, progress, and prosperity. UNMISS stands ready to extend its full support in this regard,” he said.

He added that his mission will continue to engage with communities and authorities in volatile locations to prevent further escalation, and to support humanitarian partners in delivering aid to affected areas.

The unification of the forces and training is one of the provisions in the revitalized peace agreement.

Chapter II of the peace accord provides for the training and unification of the necessary 83,000 forces into one unified professionalism army.

This is, however, yet to happen and stakeholders, including the African Union, have sustained pressure on parties to implement the chapter as it is among the security arrangements that were to be implemented before the formation of the coalition government.

While tasking the Ceasefire and Transitional Security Arrangements Monitoring and Verification Mechanism to investigate the clashes, Gituai urged the revitalized government of national unity (RTGoNU) to complete the transitional security arrangements, including resolving the issues of unified command and force ratios, and redeployment of unified forces.

It is only a year into the deadline and many other critical tasks of the revitalised agreement remain unimplemented.

“I would like to stress that each training centre is a symbol of the unity which is being forged through creating a unified force, and any threat to this is unacceptable. Such divisive activities complicate the unification process, lower morale and breed mistrust among troops. A unified force depends on cohesiveness for its ability to function as a professional force,” he said.

On Wednesday Gituai recalled RJMEC has stressed in various public statements and in meetings and interventions at the highest political level in South Sudan and regionally that it is a critical time in the implementation of the deal as it under 11 months of the transitional period that is left with much remaining to be done.

“We take note of reports from CTSAMVM, the ceasefire monitors, which indicate a range of localised incidents of violence in different parts of the country which are a serious cause of concern for the overall implementation of the R-ARCSS [peace agreement],” he said in a statement on Wednesday.

In February, Gituai also raised concerns over the delay in the peace agreement implementation.

“There is now just 12 months left of the transitional period, and elections are due to take place 60 days before it ends, and yet key unimplemented tasks are outstanding,” he said on February 10 in Juba.

Report said women and girls rape was being perpetrated by all armed groups in the country.
News
2 months ago

The government has not yet responded to her comments.
News
2 months ago

The 35th AU Summit urged Kiir and Machar to speedily implement all outstanding provisions
News
3 months ago
WATCH: The latest news from across Africa
by ELIUD KIBII Subeditor and writer
Siasa
25 March 2022 - 22:00