• Parties have encountered major challenges during the nomination of candidates for various elective seats.

• This could be attributed to a number of mitigating factors both internal and systemic. 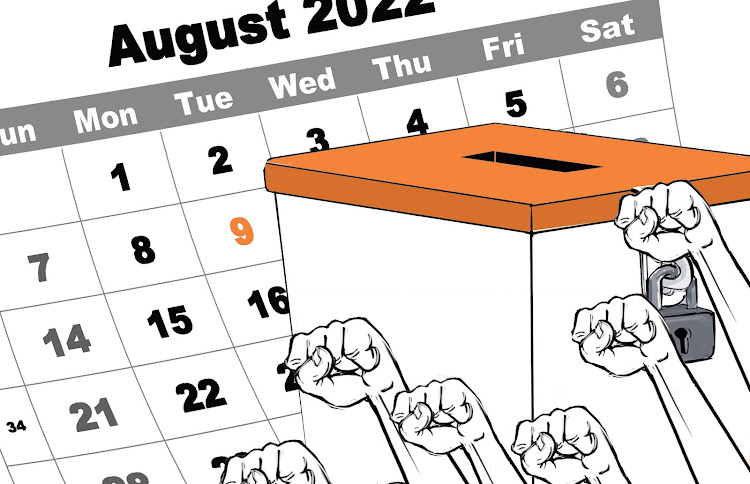 With the 2022 General Election less than nine months away, political parties are bound by their respective constitutions to hold primaries ahead of the polls.

This is to enable them issue nomination certificates for their candidates for the six elective seats ranging from the MCA, MP, woman representative, senator, governor and the President in accordance with Section 34 (e) of the Political Parties Act, 2011 .

In compliance with this provision, there are 83 fully registered and 21 provisionally counting parties in Kenya as at mid-November 2021.

In recent weeks, none other than the Independent Electoral and Boundaries Commission indicted all political parties for failure to adhere to electoral rules checklist.

The checklist requires parties to submit their nominations rules six months before the nominations and membership lists 120 days before the primaries. This is in addition to the deadline for submission of party primaries candidates by  April 9, 2022.

Perhaps it is prudent to flashback to the 1988 General Election.

Then ruling party Kanu encountered a myriad of challenges following the introduction of the infamous queue voting in the party nominations.

During the vote tallying, a candidate with the shortest queue would be declared a winner since they had garnered over 70 per cent of the votes cast.

This automatically meant they were elected to either the council or Parliament! There was no recourse for redress as the queue that was the only evidence had long been disbanded. To compound the matter, there were no tallying forms to be counter signed by the candidate agents.

With the onset of political pluralism in 1992, parties have encountered major challenges during the nomination of candidates for various elective seats. This could be attributed to a number of mitigating factors both internal and systemic.

For starters, none of the registered political parties can claim to have an up to date members register. As part of their registration obligations parties, must at any time keep updated and accurate party membership list. Despite this key requirement, this is the document that would be used to vet members during primaries.

The second attribute is that aspirants procure membership cards for members with the sole intention of influencing the nominations. The obvious outcome is that this favours of the deep-pocketed hopefuls with the highest number of membership cards.

Third, there are no properly constituted party election boards, yet this is the organ expected to offer policy and oversight guidance in primaries. Furthermore the selection and subsequent appointment of members to these crucial boards appears is shrouded in utter secrecy.

The fourth aspect is that in the absence of a party register, there is no pool of dedicated party cadres. These dedicated members would then be trained to manage the election as returning, presiding officers and polling and tallying clerks.

The fifth cause is that parties do not clearly stipulate the officials responsible for verifying, signing and issuance of nomination certificates. This leaves a lacuna that is easily exploited by top party officials in the issuance of the coveted certificate.

The situation becomes even more critical in areas where the party has a political stronghold. For example,  Wiper party in Lower Eastern, Kanu and UDA in the Rift valley, ANC and Ford Kenya in Western, ODM in Nyanza and Coast, Upya Movement in Northeastern then Jubilee Party in Mt Kenya and in the Rift valley Diaspora.

Conferment of the dominant party nomination certificate in these areas is almost a clear path to the County Assembly, governorship, national Assembly or the Senate.

Sixth, in the absence of strong party tribunals designed to resolve election disputes, aspirants are left with minimal redress mechanisms According to the IEBC, 14,523 candidates participated in the 2017 General Election.  Out of these,  4,002 were independent, representing 27.5 per cent of the candidates. Suffice to state, the majority had defected after bungled primaries in various parties.

Finally as at present, none of the existing parties has the requisite financial capacity to undertake a transparent, credible and verifiable primary. This was patently evident in the 2017 General Election, where even the ruling Jubilee Party, despite having the backing of the full state machine, it could not manage credible nominations.

To overcome these challenges, there is an urgent need to overhaul the management of all registered parties’ architecture. The majority are leader-driven, which is contrary to the Political Parties Act.

This highlights the importance of members who should be enabled to democratically manage party affairs.

Dr Njau Gitu is an educator who also practices as a governance, policy and strategy adviser.

Junet Mohamed is a close ally of ODM boss Raila Odinga, a Mr Fixit and BBI proponent.
Counties
6 days ago

They've asked Chebukati not to 'poison' the political environment with statements.
News
1 week ago

Remain loyal to ODM even after primaries, Raila tells members