• Some 2.5 billion people — 35 per cent of the world’s population — lack access to improved sanitation 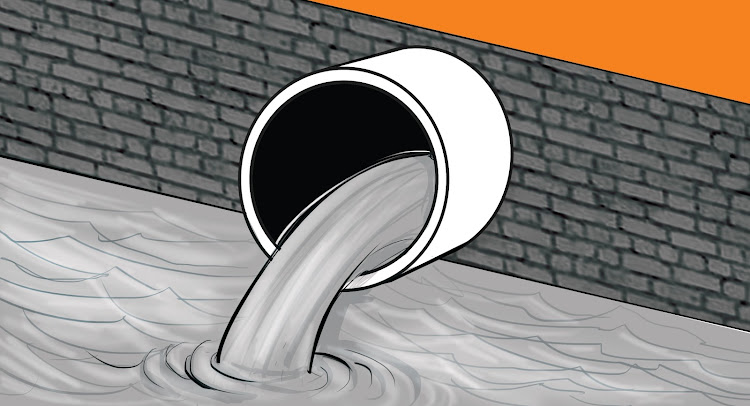 Water is the lifeblood of the biosphere, constantly moving across borders between the atmosphere, the land, the ocean and back again.

But he most easily accessible parts of renewable freshwater resources in rivers, in lakes and in aquifers have already been a subject of exploitation.

The total amount of water available for human development and welfare and ecosystem functioning is the same today as it has been throughout history only much is now of poorer quality and differently distributed.

Some 80 per cent of the world's wastewater is taken back largely untreated back into the environment, polluting rivers, lakes, and oceans. This widespread water pollution is jeopardizing our health.

Unsafe water kills more people each year than war and all other forms of violence combined. UN-Habitat in 2010 reported that, over 80 per cent of wastewater generated in developing countries is discharged without treatment into surface water bodies.

Globally, two million tonnes of sewage, industrial and agricultural waste is discharged into the world’s waterways.  Today, 245,000 km2 of marine ecosystems are affected with impacts on fisheries, livelihoods and the food chain.

The World Health Organisation in 2014 found that worldwide, around 2.2 million people die each year from diarrhoea, mostly children under five years in developing countries. Eighty eight per cent of that burden is attributable to unsafe water supply, sanitation and hygiene.

An estimated 748 million people do not use an improved source for drinking water, while 2.5 billion people — 35 per cent of the world’s population — lack access to improved sanitation.

One of the main challenges is insufficient water financing. Unmanaged wastewater receives a low and often poorly targeted share of development aid and investment by government.

Implementing economic policy to initiate change is difficult as policies tend to require a high level of institutional capacity. Insufficient Infrastructure is a challenge as most wastewater infrastructure in many of the fastest growing cities is lacking, outdated, and not designed to meet local conditions.

Governance is also another challenge due to limited regulation and enforcement. For instance, water institutions do not have national guidelines for acceptable use of wastewater for irrigation.

Furthermore, coherence and coordination is a challenge due to enormous disconnects between water policy and spatial planning and other sectors such as agriculture, energy, industry, trade.

Meeting water quality targets can also be hampered by lack of accountability and transparency in complying with quality and wastewater treatment standards, in particular when government does not have the capacity to monitor their performance.

There is also a challenge on data on the rates and levels of collection and treatment of sewage are limited and often difficult to compare. There is also lack of data on the ambient water quality status and water bodies and ambient water quality standards. The technology development, transfer, adoption and dissemination as well as the integration of scientific with indigenous and local knowledge are other challenges due to limited implementation of appropriate technologies.

Lack of capacity building to manage wastewater, hence compromises safe water for drinking, washing and hygiene, water for irrigating crops, and for sustaining ecosystems. For instance, farmers lack knowledge of water quality, including nutrient content, so they combine nutrient-rich irrigation water with chemical fertilizers making from agriculture a source of pollution.

The capacity to apply the guidelines on safe use of wastewater, excreta and greywater in agriculture and aquaculture is lacking. Large natural variations in water quality may, therefore, be observed even where only a single watercourse is involved.

Human intervention also has significant effects on water quality. Some of these effects are the result of hydrological changes, such as the building of dams, draining of wetlands and diversion of flow.

More obvious are the polluting activities, such as the discharge of domestic, industrial, urban and other wastewaters into the watercourse whether intentional or accidental and the spreading of chemicals on agricultural land in the drainage basin.

Water quality is affected by a wide range of natural and human influences. The most important of the natural influences are geological, hydrological and climatic, since these affect the quantity and the quality of water available.

Environmentally-sound water management implies that development be controlled in such a way to insure the resource itself is maintained and  the adverse effects on other resources are considered.

Recognising these ideas is one thing, translating them into action is another. More specifically, what is required to foster the adoption of the three elements noted above in planning and policy making are the recognition of concepts of environmentally-sound development and resilience, the incorporation of a more comprehensive perspective and the pursuit of higher levels of efficiency.

To solve the problem of water quality degradation therefore, it imperative to enact Public policies should provide incentives for private sector investment, production and consumption patterns that reflect the social benefits of environmental sustainability and the costs of environmental protection.

How Kenya can convert waste into wealth

There is unproductive solid waste management in most developing countries
Siasa
2 months ago
by JOHN CHUMO
Siasa
11 October 2021 - 10:00