As an ally of the President and proponent of BBI, she is positioned as a possible running mate in 2022. 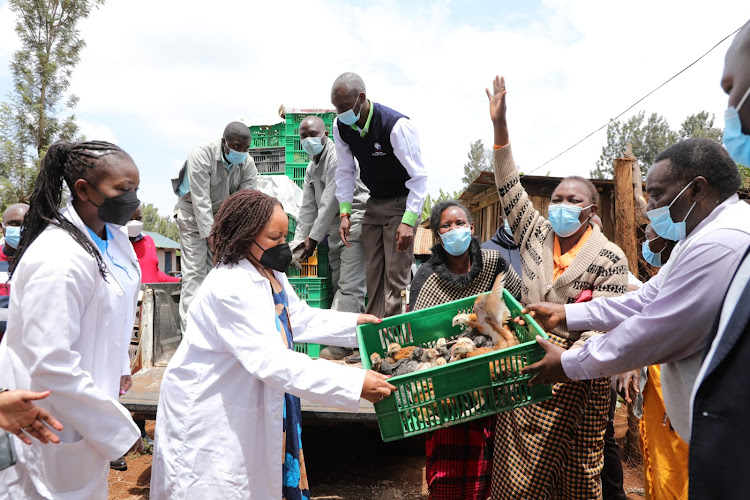 There is no doubt that by her moves, Governor Waiguru has given herself a front seat in determining the destiny of the region. In aligning with the President, she has shown the ability to read from the President’s script and move the pieces to her advantage.

On a recent visit to the Mt Kenya region, I stopped by a brilliantly designed market called Kibingoti in Kirinyaga county. Picking up conversations with the market folks, I got the vibe they were showpiece.

And this is the best thing about meeting and talking to grassroots people. You get the background of stories that otherwise wouldn’t see the light of day.

Around the same time, Kirinyaga Governor Anne Waiguru was showcasing a new Level 5 Hospital completed by her government. Visibility is the coin of political transactions, and indeed, a hospital and a modern market provide some of the best optics and political aesthetics.

However, in Waiguru’s case, one often gets the impression there is a conspiracy both in and out of media to deny her the image commensurate with such achievements. They seem to keep the narrative on certain past events, which, thankfully, we are not competent to judge at this level.

By the time the BBI countrywide 'Reggae' tours were halted by the pandemic, Waiguru had emerged as one of the strongest proponents of the process. This was before the President himself came out unequivocally to lead the BBI extravaganza. Those from the Mt Kenya region identifying openly with it were basically taking a delicate gamble.

In taking that gamble, Waiguru showed mettle, conviction an eye for the pragmatic. Because when President Uhuru Kenyatta ultimately took a firm decision to push the BBI agenda, those allies who had been running the show before his arrival appeared to be geniuses.

In the period before and afterward, the governor was mentioned widely in myriad forums as a potential running mate to several 2022 presidential candidates. There is no better 'political arrival' than being mentioned just below the big presidential aspirants, as a running mate. And it is not by chance.

In the four years of the governor's administration, the first thing that comes to mind is the number of times county MCAs have tried to remove her from office. As with all political processes, the lines between truth and lies were a little blurred. But for purposes of this article, I took a glance at the portfolio of Waiguru's projects in Kirinyaga.

It is a long catalogue. From revolutionary pig farming to group poultry projects, from ECDE upgrades to modernisation of markets, the list doesn’t compare too badly with some of the best performers in the counties.

If performance at this level is the road to greater things, the governor has vindicated herself well enough to look up the ladder and dream for more.

Is she Mt Kenya’s next big thing as Uhuru takes a bow? Has the time come for a woman to rise in the region as the national figure of the community? Could she use this newfound popularity with the powers that be to take a stab at higher power?

I am, however, more interested in the positions taken by heavy-hitter politicians and elected leaders ahead of the 2022 election. It is this transition that is bringing out the raw instincts and strategic minds, or lack thereof, of many ambitious people.

Up until last week, when newspapers ran screaming headlines about President Kenyatta asking ex-Nasa principals to back ODM chief Raila Odinga for the presidency, many leaders taking sides were not quite sure how the chips would fall.

By contrast, Waiguru has consistently picked the political side that aligns almost perfectly with the President’s aspirations.

She is both the most visible face of the BBI in Central Kenya, and one of the Mt Kenya governors now on the frontline of the Project Odinga presidency. You have to marvel at Waiguru’s ability to take a stand, even when not too popular at the time, and run with it.

In the next dispensation, we presume the ruling team crafted by the President to advance his legacy will be an inclusive one that considers both gender and geographical spread. Could Anne Waiguru be the Iron Lady on this team?

Incidentally, the 'Iron Lady' sobriquet makes you draw parallels with her nemesis in Kirinyaga politics, and the former holder of that title, Martha Karua.

As Waiguru’s has risen to play in the premier league of national and transitional politics, Karua has practically returned home to lead regional negotiations under the Mt Kenya umbrella. Indeed, the contrast is amazing.

Statecraft is an occupation suited to folks who have been initiated through the system and in the running of government. The Iron Lady’s stint at Treasury and subsequent rise in elective politics should put her in a good position as Uhuru’s right-hand woman in the coming 12-month cycle.

As Raila’s biggest salesperson in a tricky neighbourhood, all the steel she has built fighting for survival as governor will come in handy. Of course, there are those who point out that the ghosts of NYS will never go away.

But the energy and dedication she brings to the national platform would be better used in a countrywide campaign. Her articulation of issues and worldview are quite admirable and more valuable at that level, should she choose that.

But the other side can easily counter that when called upon to resign so as to be fully investigated, she duly did so and offered to clear her name.

Not many in Kenyan politics do this, preferring to 'die rather than resign'. Surprisingly, given the history of NYS, Waiguru is actually the one who gave the NYS colour, fame and a revolutionary public image.

She elevated it from a nondescript organisation previously associated with spades and backwater projects that never hit the national platform.

In politics, you are only as good as your last strategic move. As alignments begin to fall in place, there are many who will be drowning in poorly made choices and strategic failures.

The one region the whole country is bound to focus on is Mt Kenya and how it will ultimately pan out there in the Uhuru succession.

There is no doubt that by her moves, Governor Waiguru has given herself a front seat in determining the destiny of the region. In aligning with the President, she has shown the ability to read from the President’s script and move the pieces to her advantage.

If she is judged to have performed well as governor, her profile may get further elevated and put her at the national high table where the cake will be shared.

Obviously, as a first-term governor, she probably thinks doing a second term ranks higher than jumping into the national pot in contesting the 'bigger' seats.

But the energy and dedication she brings to the national platform would be better used in a countrywide campaign. Her articulation of issues and worldview are quite admirable and more valuable at that level, should she choose that.

Is she Mt Kenya’s next big thing as Uhuru takes a bow? Has the time come for a woman to rise in the region as the national figure of the community? Could she use this newfound popularity with the powers that be to take a stab at higher power?

Only time will tell, but you certainly will be seeing a lot of the Iron Lady. Make no mistake.