GATHARA: Even with vaccine apartheid, Africa no longer the 'hopeless continent'

Shaming the rich into behaving better has never been a strategy that produces fast results.

• The West has behaved abominably when it comes to the issue of providing vaccines, hoarding stocks it does not need for people who do not want them

• Vaccines are doubtlessly the best protection societies can get, massively reducing chances of serious illness, hospitalisation and death. 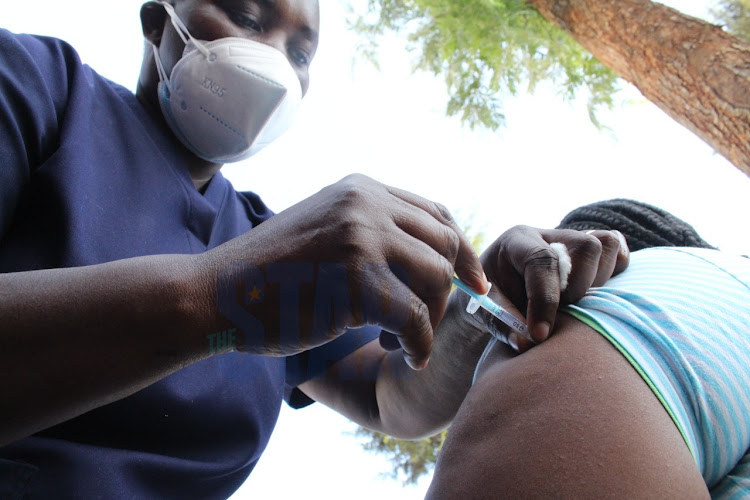 This is after he warned that the Covid-19 pandemic could overwhelm public health services in Africa, and lead to 10 million deaths.

And as the pandemic seemed to bypass the continent, Western media puzzlement over why Africans were not dying at the rates Americans and Europeans were, and why the expected biblical scenes of plague-ravaged Black masses had not materialised, were similarly met with outrage.

However, today as Covid-19 deaths ramp up across Africa, and with vaccine access for many proving to be a mirage, many of the same doomsday scenarios and associated implications of Africans as powerless to resist their fate, are being heard once again.

Only this time, it is Africans themselves who seem to be selling the story.

Just in the past week, in an article published in Nature, Dr Mosoka Fallah, Deputy Director for Technical Services in the National Public Health Institute of Liberia, said “mass fatalities from Covid-19 have begun in Africa” and “the wealthy world must rally or nations will collapse across Africa”.

In a moving article about his family’s struggle with Covid-19, CNN correspondent Larry Madowo revealed how he had lost his uncle to the illness and how his heart sank every time he received a call from home, where his grandmother was on a ventilator.

“Even at 96,” he wrote, “my Kenyan grandmother was among hundreds of millions in the developing world who was not vaccinated until recently because rich nations have hoarded most of the available shots.”

He noted that even in places like Rwanda, where stringent social distancing and masking regulations have been enforced, lockdowns and curfews continue to be a fact of life “because only vaccines provide true protection”.

It is undeniable that Africa faces a tough time ahead and that the continent is, in many ways, unprepared for what is coming on almost every level.

With just over one per cent of its population vaccinated, not enough specialised facilities such as ICU beds or oxygen-producing plants, and with a higher death rate among the severely ill than the global average, the continent is indeed staring into the abyss.

However, the situation is far from hopeless.

Vaccines are doubtlessly the best protection societies can get, massively reducing chances of serious illness, hospitalisation and death.

But as the experience, even in the rich West, has demonstrated, they are not a silver bullet.

And, without universal vaccination not just in some regions but across the globe, they will not be replacements for other measures to combat the disease such as masking and social distancing.

In 1990, Dr James Reason of the University of Manchester introduced the “Swiss Cheese Model” of accident causation. In the model, defences are presented as a series of barriers.

Each barrier, however, is not perfect and has unintended weaknesses or "holes" - hence looks similar to a slice of Swiss cheese.

These holes can sometimes allow an error or hazard, such as a virus, to get through.

However, inserting additional layers of defence (or slices of cheese) into the system decreases the likelihood that these holes will line up to allow the hazard to reach the individual.

In such modelling, Covid-19 vaccines are just the final slice of cheese, not a replacement for all the slices that came before, which include public information, testing, contact tracing and isolation as well as hand washing, social distancing and masking.

African countries may not have vaccines, but many do have the capacity and experience to line up many of the other slices and thus provide a significant measure of protection to their citizens even as they make efforts to acquire vaccines.

They are not helpless or simply beholden to the goodwill of white saviours.

The West has behaved abominably when it comes to the issue of providing vaccines, hoarding stocks it does not need for people who do not want them and deliberately denying them to those who want and need them.

Even when they have donated vaccines, as the British did this week, they have sometimes been stocks so close to expiring that distribution constraints could render them useless.

The Director of the AU’s Africa Centres for Disease Control and Prevention, John Nkengasong, has expressed concern that this could lead to a narrative “that vaccines have been donated and they were not used".

“The timidness of the Western engagement in terms of furnishing vaccines to the developing world, has just been appalling,” says Howard French in an interview with the Brookings Institute.

He noted that even the billion doses offered by the G-7 are a drop in the bucket, given seven billion of the eight billion people on the planet live in the “developing world”.

Kenyan writer, political analyst and activist Nanjala Nyabola has also noted the “dependency dynamic” that is being engendered by the West, denying African countries the opportunity to fairly purchase vaccines and the refusal to waive the Agreement on Trade-Related Aspects of Intellectual Property Rights so developed nations could produce their own vaccines.

However, shaming the rich into behaving better has never been a strategy that produces fast results.

“The timidness of the Western engagement in terms of furnishing vaccines to the developing world, has just been appalling,” says Howard French in an interview with the Brookings Institute in which it is noted that even the billion doses offered by the G-7 are a drop in the bucket, given seven billion of the eight billion people on the planet live in the “developing world”.

It may be better to hold African governments, such as Kenya’s, to account for the failure to prepare their populations effectively for the fight against the virus.

Across the continent, states have adopted a top-down securitised approach that utilised the police rather than medics as the face of brutal pandemic response, alienating many.

In Kenya, till recently, talk of hand hygiene, masking and social distancing has all but disappeared as the government apparently focused on the search for vaccines.

However, just this week, as the Delta variant threatens to overrun the health system, the government has announced a new set of restrictions, extending the night-time curfew and banning public gatherings and physical meetings.

Even so, the behaviour of many governments across the continent has left much to be desired. In western Kenya, the Delta variant is wrecking havoc, helped in part by an ill-advised public function held by President Uhuru Kenyatta and his erstwhile nemesis Raila Odinga at the start of June.

The veracity of the statistics of infections, hospitalisations and deaths issued by the Ministry of Health has been questioned, Covid-19 response funds have been looted and the vaccination effort seemingly held hostage to fights between “tenderpreneurs” for lucrative contracts.

Even in the face of vaccine apartheid, Africa is no longer the “hopeless continent” of the Western imagination.

There is much that can be done by the people and governments of the continent to prevent the spectre of mass misery and mortality even in the absence of vaccines and accountability, rather than charity, maybe the continent’s best route out of the pandemic.