the commission needs extremely fresh, untainted and independent minds to see us through the looming tumultuous elections

• The IEBC is too critical to be populated by notorious jobseekers seeking retirement patches.

• Anyone whose career has been driven by political influence in getting public appointments isn’t material for IEBC. 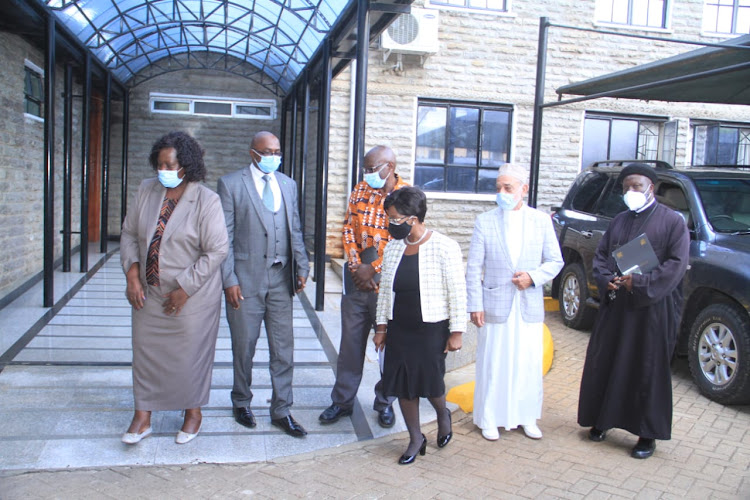 Kenya's youth unemployment is among the highest in the world. Out of labour force of 24 million, the total employed labour force is at 18 million.

It means six million Kenyans are jobless at any one given time. Out of the six million, three in five (four million) unemployed Kenyans are 15-35 years old. Yet Kenya’s working labour force is aged between age 16 and 64.

These figures tell several stories. That the youth are the majority, are hit most by unemployment and confirms youth marginalisation in employment opportunities.

This came to ahead in the second term of Jubilee government when youth took on Uhuru Kenyatta for his government’s propensity of appointing and reappointing faded officers into positions that should essentially go to fresh bodies.

As the situation threatened to get out of control, Uhuru hurriedly made token appointments of some youth into government, (some as the amorphous Chief Administrative Secretary) to stem off the wave of disgruntlement amongst young people. But those token appointments weren’t sustained to a critical mass. Soon, government mandarins ensured consequential reversal of the “youth” experiment.

But earlier, when a corruption scandal erupted at the Youth Enterprise Development Fund, Uhuru let the gene out of the bottle by insinuating that youth are predisposed to corruption. The unguarded leak let out the prejudice that pervades government decision-making to the effect that youth are immature and cannot be trusted with responsibility.

The argument the youth have had is, first, for too long, bureaucrats have wrongly defined them within the genealogy of young, with their idea being those in their exuberance 20s. Second, youthfulness has stunted at below 35 ages so that those within the 35-45 age range have largely been ignored as part of the “youth” bracket when talking about a country’s workforce. For it is actually this age that would’ve matured, became the most active and productive.

Third, politicians have created youth as a homogeneous lot of ruffians, whose containment is cash handouts. No effort has been made to offer the heterogeneity of youth as rural and urban, educated, skilled, professionals, workers and entrepreneurs. All that is seen and heard is the small vocal lumpenproletariat, the unorganised and unpolitical lower orders of society.

This “lumpenising” the youth has cost them dearly as potential employers are already indoctrinated by the negative image of an indisciplined lumpenproletariat, and thus avoid them in preference to a more mature and passive lot.

Fourth, out of self-preservation, bureaucrats have corrupted government human resource systems in their own favour at the expense of attracting youth into the system. As they get older and approach retirement, bureaucrats use the crony system that runs up-to the Public Service Commission (would often get promotions and even switch departments. This insider trading denies youth career progression within ministries, departments and agencies.

Fifth, youth haven’t done themselves any favours either. Their insistence on youth as a qualification without considering the social prejudices that this evokes has been their undoing. Their preoccupation with entitlement is too much negative energy wasted instead of engaging in productive dialogue.

Yes, there is a conspiracy against youth employment in a public service governed by cronyism but that conspiracy is systemic not personal; so that youth shouldn’t scold anyone aged for holding onto position. As I know, government is at pains to let them go for lack of pension funding. It is more affordable to retain them on short-term contracts than let them go without pension. Last time I checked, the government is lagging behind in massive pension payment.

But the unforgivable is the recycling of public officers from MDAs, and constitutional and independent offices to another. This is where the cronyism cartel works like clockwork. It begs the question, should there be a law prohibiting successive appointment of an individual from one commission or agency to another?

This law might become necessary to forestall seemingly fair recruitment processes, from becoming dens of predetermined crony shortlists and appointments. For how else can we explain that the majority CVs of those who are being interviewed for electoral commission slots reads like who’s who in the underworld of membership to independent and constitutional commissions?

I saw several candidates who animatedly presented CVs, showing they’ve been to more than four commissions and agencies as commissioners and board directors. Some didn’t leave their patches with honour. Do we have a paucity of human resource in Kenya to again recycle such fellows to the IEBC? Shouldn’t we recuse the commission from influence pedlars?

We know that the selection panels are usually picked by the PSC for such tasks. Question is, how transparent is this process? How come these same panels end up picking recycled material? Isn’t there a threat of crony influence that runs through the selection process? Where is the seepage?

The IEBC is too critical to be populated by notorious jobseekers seeking retirement patches. Anyone whose career has been driven by political influence in getting public appointments isn’t material for IEBC.

For the integrity of IBEC to be regained and retained, the commission needs extremely fresh, untainted and independent minds to see us through the looming tumultuous elections.