More than 10 aspirants jostle to succeed Tolgos in Elgeyo Marakwet

• There is a clamour in the county for the governor seat to go the Keiyo, a matter that is still under discussion between the two communities

• DP Ruto’s influence and the UDA party will be dominant during the election campaigns in Elgeyo Marakwet just like in other counties in the region. 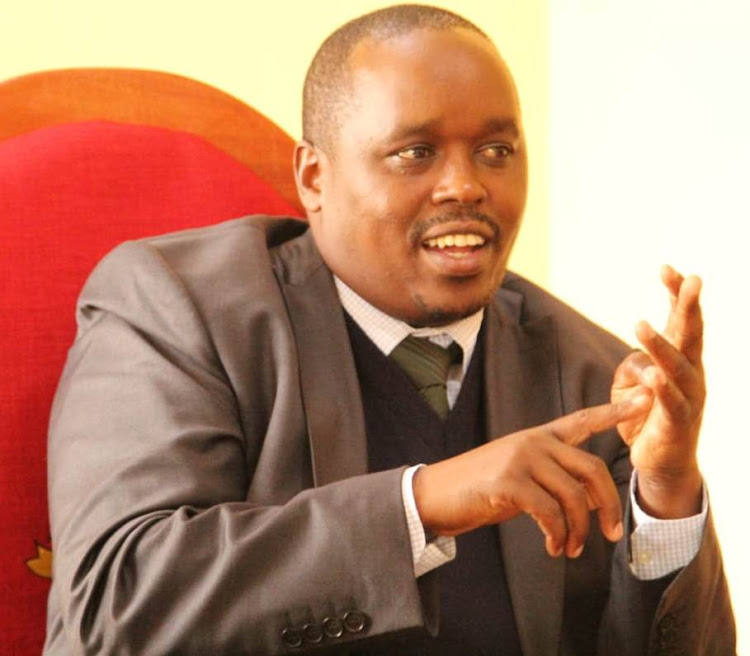 As Elgeyo Marakwet Governor Alex Tolgos prepares to exit the stage after serving his two five-year terms, about 10 aspirants have hit the ground seeking to succeed him.

Tolgos is one of the youngest governors and has been described as humble and always shy of controversy. Residents say he has made great strides in transforming the county through devolution.

In his tenure, Tolgos has been recognised and ranked as a performer in improvement and management of healthcare, and has also earned ranking as the best county chief in open governance.

This is despite Elgeyo Marakwet being one of the counties with the lowest revenue allocation standing at about Sh3.5 billion yearly.

Tolgos invested much of the budget in expanding and equipping health facilities mainly the Iten County Referral Hospital, whose rehabilitation has reduced cases of patients being referred to hospitals in the neighbouring Uasin Gishu county.

His administration has played a critical role in empowering farmers through modern agriculture and restoration of peace and fight against banditry, which had ravaged part of the county in Kerio Valley.

“With the little resources at our disposal we have made great strides in setting the base for even greater development milestones in Elgeyo Marakwet,” the governor said.

Tolgos is among the few politicians in the Rift Valley, who are not allied to Deputy President William Ruto, the region’s kingpin. DP Ruto’s influence and the UDA party will be dominant during the election campaigns in Elgeyo Marakwet just like in other counties in the region.

Tolgos has been the Building Bridges Initiative point man, and has openly declared a close working relationship with Kanu boss Gideon Moi, the Baringo senator.

This is the man governor hopefuls are seeking to succeed.

But due to intense rivalry within the Keiyo community, top leadership positions in the last elections went to the Marakwet, with Tolgos as governor, Kipchumba Murkomen as the senator and Jane Kiptoo the woman representative.

As the next year’s general election fast approaches, there is a clamour in the county for the governor seat to go the Keiyo, a matter that is still under discussion between the two communities with the possibility of negotiated democracy being applied. 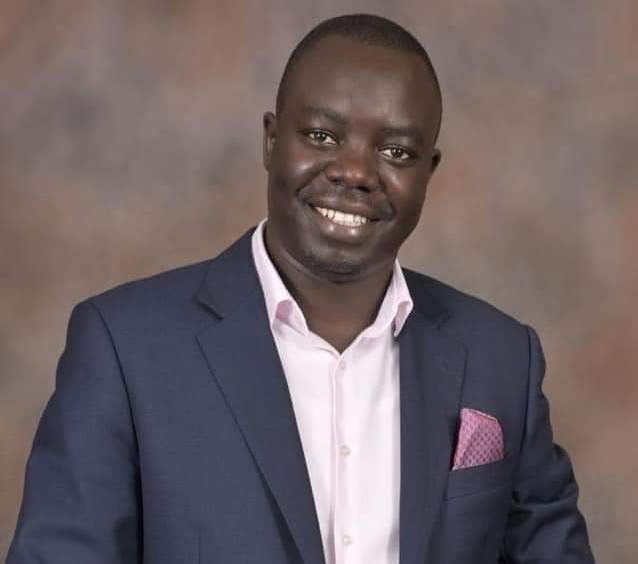 Thomas Karamai, who is among those seeking to succeed Governor Alex Tolgos in Elgeyo Marakwet
Image: MATHEWS NDANYI

Thomas Kipkoech Karamai, who previously worked in the county, is considered top on the list because of his vast knowledge of the county.

Karamai is credited with being the political schemer who helped Tolgos win twice but is now charting his own independent political course.

“I will vie through UDA and I have set a clear agenda to take the county to the next level through empowerment of youth, women and our farmers so that they can better our economic growth,” Karamai said.

He holds a degree in Economics from Strathmore University and has served in several public and private companies as a senior accounts manager.

“I will be running for the governor position because I strongly believe I have contributions to develop our county and support the economic development of our people,” he said.

He opined that youth in the region are the most important human resource and also the biggest threat to growth, if they are not well engaged.

“Young people don’t need hand outs. They have brilliant ideas and they only need to be supported to meet their aspirations and goals,” he said.

He is also keen on tapping on what he calls the huge tourism potential in Elgeyo Marakwet to promote development in the “Home of Champions” county.

He describes himself as self-driven and ambitious person.

“I believe in listening more than talking so that as a leader, I can easily work with the people,” he said.

He will however face a tough challenge from several other aspirants, including many who are yet to declare their interests. 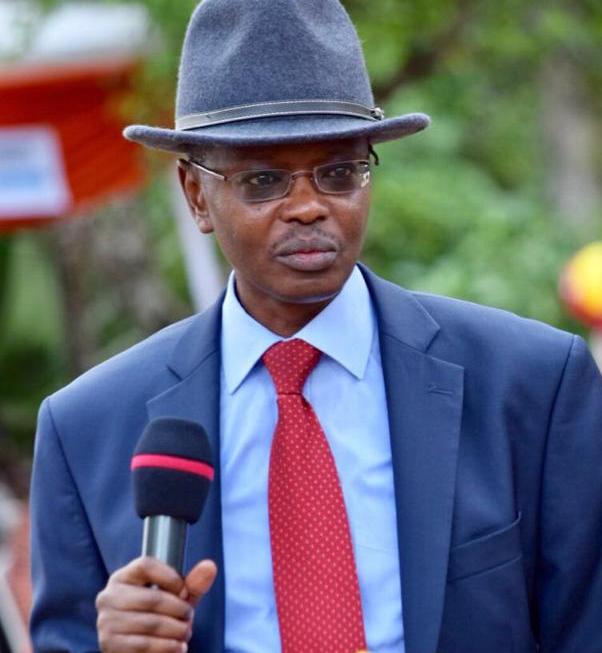 Tourism CAS Joseph Boinnet, who is among those seen as possible aspirants for governor seat in Elgeyo Marakwet
Image: MATHEWS NDANYI

Residents also said that should former Inspector General of Police Joseph Boinnet decide to vie, then he will also be a force to reckon with.

Boinnet, now Tourism CAS, is yet to publicly announce his interest but when the Star visited the region, many residents kept on mentioning his name.

They say the former IG has for many years initiated and participated in many successful community projects in the area.

“The former IG has done a lot in the county and we think he is ripe for the county leadership than anyone else”, Jackson Komen, a resident, said.

When sought for comment, Boinnet said, “Even if people are mentioning my name as a possible contender, I have nothing to say because I am currently serving in the Public Service, where we have a lot to deliver”. 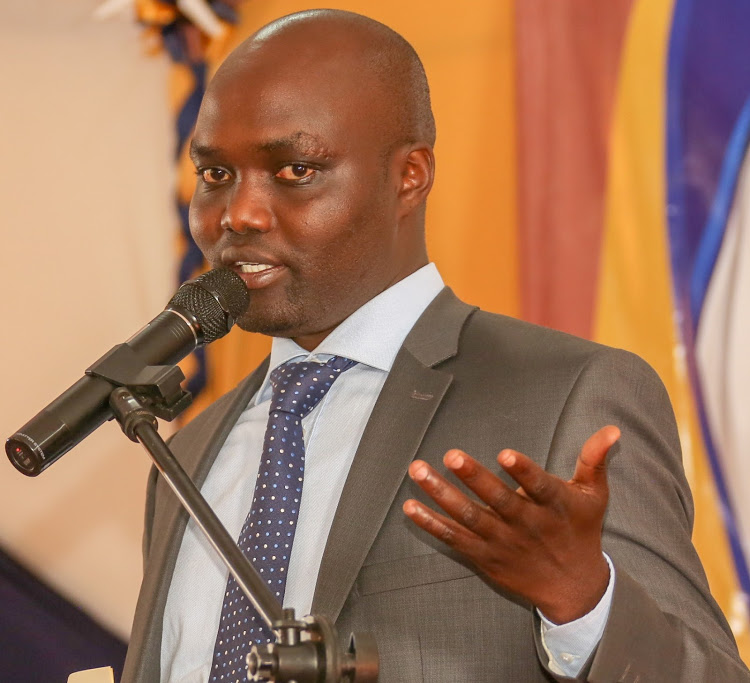 Youthful Deputy Governor Wesley Rotich is also seen as a possible successor to his boss.

Rotich is an economist, who has worked as a banker and passionate about youth empowerment, peace issues in the Kerio Valley.

He has also worked closely with churches on religious issues in the county.

Unlike his boss, Rotich is allied to DP Ruto and his experience in running the county along with easygoing demeanour working well with other county staff makes him a key contender to succeed Tolgos.

He has lately stepped up his political activities in the county, an indication he may run for the seat.

However, when the Star enquired about his ambitions, he said he was supporting his boss to deliver on their current mandate.

“There is time for everything and God will guide us in the future,” he said.

Former Keiyo South MP Jackson Kiptanui, who lost to Tolgos in the last election, as well as same as businessman Moses Changwony are also possible contenders for the second time.

They are yet to publicly declare.

Senator Kipchumba Murkomen, a prominent figure from the region and a close ally of DP Ruto, is also being mentioned as among those that may go for the top county seat.

Murkomen is, however, yet to declare his interest even though his close friends say he is consulting on the matter and will soon make a decision. He did not comment when approached by the Star.

Throughout his two terms as senator, he has been at political loggerheads with Governor Tolgos. He has accused the county boss of being a failure and lacking the necessary capacity to lead the county.

But Tolgos hit back terming the senator as a noisemaker, who is a stranger in his own county.

ODM politician Micah Kigen, who has been touted as a possible candidate, said he would vie for the Keiyo South parliamentary seat and not governorship.

But as the clock ticks towards 2022 polls, it appears many more aspirants may join the race.