Has Uhuru lost the mojo to manage his succession?

Unravelling of the BBI process and losses in by-elections by Jubilee sign things are out of hand. 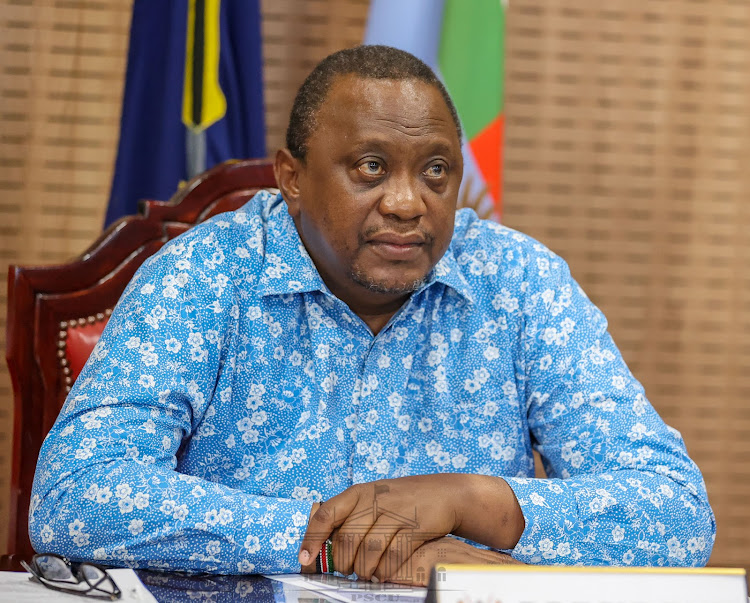 President Uhuru Kenyatta's control of his succession race has come a cropper, a situation that could hand his rivals including Deputy President William Ruto an open cheque to challenge his 2022 exits plans.

The unravelling of the Building Bridges Initiative — a key plank of the President's succession matrix and a perceived special purpose vehicle for his heir — and the losses in recent by-elections have thrown Uhuru into a spin.

Politicians and analysts say that the President's succession plans could go up in smoke unless his strategists recraft a damage control strategy that would revitalise the 2022 matrix, 14 months to the polls.

Initially, the BBI process had put Uhuru in control of his succession race, with analysts likening his power games to a chess master with massive influence over the 2022 political matchmaking.

A last-minute move by the Attorney General to withdraw an intended court move to seek stay orders against the five-judge bench that declared BBI process unconstitutional has also exposed the confusion in the President's camp.

A favourable ruling to grant orders injecting the implementation of the High Court's judgment could have revived hopes that the BBI reggae could get back to the stage to guarantee Uhuru a seamless succession plan.

To rub salt into the wound, the President's ruling Jubilee was on an embarrassing losing streak as government-backed candidates lost in three by-elections, including two in his central backyard.

The Jubilee losses in Juja parliamentary by-election and Rurii ward poll have not only exposed the President as losing grip of his backyard but also offered his Ruto a major springboard for his State House march.

George Koimburi of the People's Empowerment Party is the Member of Parliament-elect for Juja constituency after he garnered 12,159 votes. 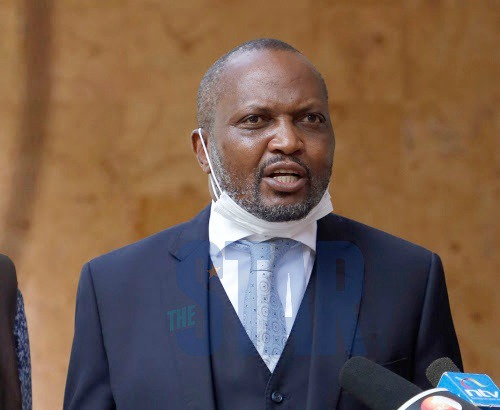 On Thursday, Meru Senator Mithika Linturi told the Star that the hustler nation's 2022 people-centric programmes have been embraced by the majority of the people in Mt Kenya and across the country.

“The by-elections results is a pointer that the ground in Mt Kenya is shifting radically to where the President himself had promised and that is supporting the deputy president's 2022 ambitions,” Linturi said.

The vocal Tangatanga senator said the victories affirm that the hustler nation had taken the Mt Kenya region by storm 'in the unstoppable race to succeed Uhuru'.

Uhuru had initially boxed Ruto out of the 2022 succession matrix and launched a vigorous campaign to cut him down to size in the Mt Kenya region through boardroom meetings and meet-the-people tours.

In fact, Uhuru has held two meetings at the Sagana State Lodge since 2017 whose agenda were about consolidating his support in a bid to vanquish Ruto whom he had accused of penetrating Mt Kenya through the backdoor.

The President's key confidants including influential Jubilee vice-chairman David Murathe have claimed that Ruto won't succeed Uhuru in 2022 and that he had been completely obliterated both in government and in the ruling party.

The outcome of the hardly-fought by-elections has been argued to be the barometer that could gauge Uhuru's 'waning' support in his own backyard despite his efforts to annihilate Ruto.

Kandara MP Alice Wahome, a key Ruto ally, said that it was no longer business as usual for the Mt Kenya residents.

“There is a paradigm shift in the region's politics and it is only a matter of time. The succession politics will be managed by the people themselves at the ballot,” she said.

The BBI had been seen as the special purpose vehicle to hand Uhuru an easy ride in managing his 2022 succession matrix but the crumbling of the initiative would throw him back to the drawing board.

The One Kenya Alliance of Musalia Mudavadi (ANC), Kalonzo Musyoka (Wiper), Gideon Moi (Kanu) and Moses Wetang'ula of Ford Kenya had been tipped to be the biggest beneficiary of the proposed BBI matrix to succeed Uhuru.

With the fate of BBI hanging by a thread in court, politicians and analysts say the setbacks have complicated Uhuru's plan to craft a succession lineup that would vanquish Ruto in 2022. 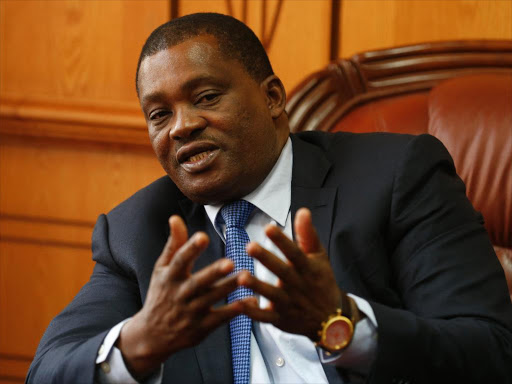 Speaker Justin Muturi during a media briefing in his office in Parliament
Image: JACK OWUOR

Already, a planned ceremony to install National Assembly Speaker Justin Muturi as the Mt Kenya spokesperson has triggered a storm as the battle to control the region hots up.

However, some of the President's close allies have poured cold water on Muturi's inauguration, lifting the lid on the widening cracks that threaten Uhuru's grip of his own inheritance.

Sports Chief Administrative Secretary Zack Kinuthia has dismissed Muturi’s planned coronation as a “coup against the powers and astuteness of the President”.

Kinuthia told the Nation that “the Speaker is going too far with his political designs and is now becoming a nuisance”.

“It is as if the Speaker is trying to wrest power from the President,” he said.

The by-elections appear to inflict more pain for the President.

The polls, especially the two in Uhuru's Central Kenya backyard could have far-reaching political ramifications on the President's succession matrix, with the region appearing to be revolting.

In fact, the by-elections were won by Gatundu South MP Moses Kuria's People's Empowerment Party, a fledgeling outfit that has triggered a political earthquake in Uhuru's turf.

Kuria is the President's MP and one of the rebels challenging Uhuru's influence in Central Kenya with the showdown likely to hit fiver-pitch as the country moves closer to the 2022 polls.

Kuria is a key ally of Ruto and has been leading a Central Kenya charm offensive against Jubilee Party while positioning the former Eldoret North MP as the people's preferred Uhuru heir.

Murang'a Senator Irungu Kang'ata who was ousted as Senate Majority Whip as Uhuru cracked the whip on Ruto's allies in Parliament admits that the by-elections outcome and the BBI setback have ramifications on Uhuru's succession race.

The Ruto ally said the victories in Juja and Rurii in Nyandarua should send alarm bells to the President's power men that the region's 2022 interests remain in the hustler nation.

“They all have a massive bearing on the 2022 succession politics. The hustler nation is on course and will turn the tables as we approach 2022 elections,” he said.

In what appeared to be a sarcastic attack on the pro-BBI forces in Mt Kenya, Kang'ata who had penned a controversial letter to the President last December warning that the bill was unpopular in the region, said he has been vindicated by the victories.

When I said BB is unpopular, I meant the ground, not political elites. The hustler wins two seats in Mt Kenya - Juja and Rurii," Kang'ata tweeted on Wednesday.

There are fears that the outcome of the by-elections could further expose the President as a lame-duck leader with 14 months remaining before the end of his second term next year.

Political analyst Barrack Muluka, a key pillar in Ruto's 2022 think tank said they have dented Uhuru's hopes of consolidating and uniting the region in a bid to influence succession politics.

"We are watching the tectonics shift. Mt Kenya seems to have taken Uhuru's remarks on supporting Ruto more seriously. He promised 10 years for Uhuru and 10 for the DP,” Muluka said.

He went on: "I believe Mt Kenya is now leaning towards Ruto's agenda and seeing the DP to be more serious than the President. These results and the coming months will shape up Kenya's politics.”

However, Nyeri Town MP and Uhuru's close ally Ngunjiri Wambugu denied the by-elections had anything to do with the Uhuru succession.

"Politics is like war. It’s made up of many engagements between the protagonists. They are called ‘battles’. And we have had many battles with TangaTanga,” he said.

He went on: “We have won most of the critical ones. In Bunge. In the county assemblies. On the ground. We have also lost some. I am particularly looking forward to the next ‘engagement.”