• The PSC meeting chaired by President Kenyatta in March said the continued conflict in Western Sahara was inconsistent with AU decisions and resolutions.

• The continental body recognised the independence of Western Sahara in 1984, causing Morocco to exit. 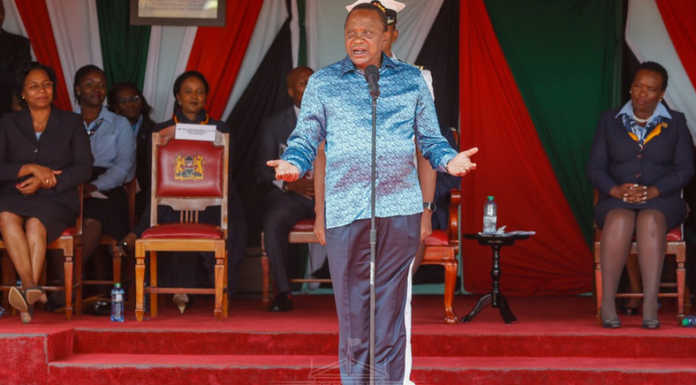 Kenya’s top leadership is divided over the Western Sahara independence question, with the President and the Deputy President holding different positions.

Ambassador to Ethiopia and the Permanent Representative to the AU Jean Kamau said Kenya would prioritise among others "the escalating military tension between the Kingdom of Morocco and the Sahrawi Republic".

She spoke when assuming the AU Peace and Security Council chairmanship for March.

"For close to 35 years, Kenya has supported the Sahrawi Republic in its quest for self-determination and independence," Kamau said.

President Uhuru Kenyatta on March 9 chaired a virtual meeting of the AU Peace and Security Council that called for "an immediate ceasefire" allowing for the resumption of peace talks in the region.

The PSC said the continued conflict in Western Sahara was inconsistent with AU decisions and resolutions. The continental body recognised the independence of Western Sahara in 1984, causing Morocco to exit.

But Deputy President William Ruto in a March 23 meeting with Moroccan Ambassador to Kenya El Mokhtar Ghambou appeared to hold a different position.

“The autonomy plan under Moroccan sovereignty is the best solution to the Sahara issue,” the embassy quoted DP Ruto as saying during the meeting at the ambassador’s residence in Nairobi.

Ruto said Kenya's diplomatic force lies in its neutral position regarding regional conflicts and the Sahara conflict should be no exception to the rule.

"As a non-permanent member of the Security Council, it is in Kenya's interest to support the UN peace process regarding the Sahara issue in compliance with the Heads of States Decision 693."

"We have no need to provoke unnecessary tensions and divisions within the African Union whose charter is clear: Respect for territorial integrity and no interference with the internal affairs of the member states," Ruto said.

He further noted that Kenya and Morocco are leading powers in their regions and said their bilateral cooperation will benefit the whole continent.

The Western Sahara question has been a contentious issue and Morocco recalled its ambassador to Kenya for consultations over the matter in June 2005.

Rabat at the time  said it “strongly deplores the unjustified and unjustifiable decision announced by Kenya to recognise the pseudo RASD (Saharwi Arab Democratic Republic) and to establish with it so-called diplomatic relations".

In February 2014, there was another diplomatic row after Western Sahara opened a mission in Nairobi. Then Senate Speaker Ekwe Ethuro had to visit Morocco to calm the tensions.

In January this year, Ambassador Ghambou urged Kenya to support the Moroccan Autonomy Plan in Western Sahara — which suggests making the territory a semi-autonomous region.

In answering the Western Sahara question, Kenya is caught between the hostilities between Algeria and Morocco. Rabat accuses Algiers of destabilising the Sahara.

During the bilateral talks, the two sides “agreed to intensify their efforts to consolidate and deepen cooperation” including through regular political consultations to raise bilateral relations to the desired strategic level.

The communiqué by Kenya's Foreign Affairs Ministry said the two states called on the UN secretary general should appoint his Special Envoy for Western Sahara to advance the consultations and preparations for the UN-mandated Referendum.

This was amid escalating armed conflict between Morocco and the self-proclaimed Sahrawi Arab Democratic Republic, represented at the UN by the Polisario Front.

On the other hand, Morocco’s return to the AU in 2017, 30 years after exiting, has seen a lot of activities on diplomatic, economic and security fronts on the continent, and Kenya has not been left out.

Records indicate positive relations fostered by trade and air agreements between the two states, including launch of direct flights between Casablanca and Nairobi by Royal Air Maroc. In 2019, for instance, trade reached nearly $21 million, according to the UN Comtrade Database.

Speaking when the Moroccan envoy paid a visit to his Karen home in Nairobi, Raila said Morocco has all the means to help Kenya achieve its national development agenda.

“I am impressed by the development experienced by several industrial sectors in Morocco, in particular the automotive sector which will help Africa to be independent,” the AU High Representative for Infrastructure said.

He also paid a courtesy call on the Defence and Foreign Relations committee at Parliament Buildings on February 9.

In 2019, the Moroccan envoy also met Garissa Governor Ali Korane and held talks on prospects of his country supporting agriculture, infrastructure development, water management and the development of solar energy in the county.

A recent experts’ policy forum on 'Morocco in Africa: Challenges and Opportunities' said for Morocco to gain more support in the Horn region, it should embark on a constructive agenda on bridging the gap. They said it should be prompted by principles of respecting territorial and self-determination on the Western Sahara issue.