It is upon Uhuru to end corruption not the West

While initial construction of the Expressway by the Americans was estimated at Sh185.9 billion, government placed the cost at Sh309.9 billion which is Sh124 billion more

• That US ditched the Expressway project over US concerns about the debt to be added to Kenya is only half of the complete truth.

• It has since become clear the US government ditched the project because of glaring corruption in the form of inflated costs by at least 66.7 per cent. 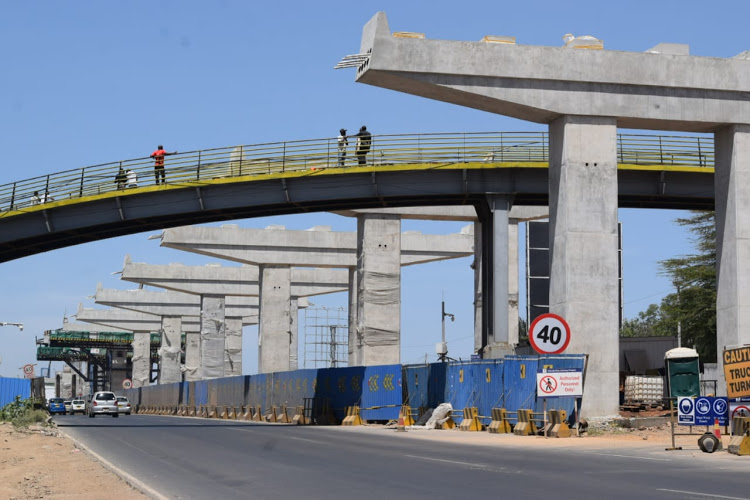 On the morning after the 2016 US election, a long time Washington Republican insider and friend called me to offer his sympathies following Hillary Clinton’s loss.

His man, one Donald J. Trump, had won the presidential election against all odds.

“There is going to be a big shift in how we deal with the world,” my friend told me, adding, “It is not going to be business as usual.”

Although my friend was not to take a position in the new Trump administration, it was obvious he was going to be a key adviser being known to everyone, especially the old Washington hands that Trump picked to head the key portfolios of defence and the State Department.

So, over the coming months, I gleaned from him what the US was now up to, especially when it came to Africa, and put this information to use as best as I knew how. This also coincided with our own 2017 General Election, which to say the least, Trump did not care one bit who would win.

That does not mean nobody else in Washington cared. In fact, ever never wanting to miss an opportunity, the powers that be in Washington cobbled together a deal whereby Bechtel, a leading US conglomerate in the construction business, was sing- sourced and awarded a lucrative Sh300 billion contract to construct the 485km Nairobi-Mombasa expressway.

The deal was widely condemned in the media as part kickback by the Kenya government for the US for supporting President Uhuru Kenyatta in 2017 polls.

Despite all the noise and condemnation, the government plowed ahead with the deal, which was a top priority for Uhuru when he visited Washington in August 2018.

However, the US government reportedly suspended the project in 2019 over 'value for money' queries and after Kenya hit its debt ceiling.

That the project was ditched over US concerns about the debt to be added to Kenya is only half of the complete truth. It has since become clear the US government ditched the project because of glaring corruption in the form of inflated costs by at least 66.7 per cent.

While initial construction costs by the Americans were estimated at $1.8 billion (Sh185.9 billion), government placed the cost at $3billion (Sh309.9 billion), which is Sh124 billion more. Only in Africa — well, only in countries where graft is allowed to grow with impunity — would one expect such glaring theft.

In efforts to push back against calls by Kenyans to have the IMF rescind its loan offer to Kenya, Interior PS Karanja Kibicho made a rational and compelling case why the loans are needed.

The PS, however, totally failed to address the elephant in the room — corruption, which is progressively getting worse.

But the Kibichos of the Uhuru administration are not the solution to this malignant dual problem of over-borrowing and corruption.

The solution lies in State House, where the President must walk the talk and deal head on with government waste and mega corruption that is simply chocking the country to death.

The President has the tools to do this and the only reason he has not deployed them is a lack of will because doing so means bringing down people close to him. As is often the case, the ones eating the most are the ones closest to the President.

Until we have a President who can do that, corruption shall always reign supreme and Kenyans who cheer them on simply because they are one of their own will continue to wallow in the poverty and misery that corruption begets.

Samuel Omwenga is a legal analyst and commentator.

There is also no detailed design on the project, the process has to begin afresh.
News
1 year ago

US government has ditched the project over costing with concerns it had been inflated by 66.7 per cent.
Business
1 year ago
by SAM OMWENGA Legal Analyst and Political Commentator
Siasa
10 April 2021 - 05:00