How possible is it for polls to be delayed to accommodate BBI timelines?

Parliament has a fixed life. It is automatically dissolved on Election Day. Almost no one can dissolve it.

• A Standard 'special correspondent' said that there is talk of postponing the elections.

•  The electoral commission says that time is too short: They need two years before an election to organise the 70 new constituencies that the BBI Bill requires. 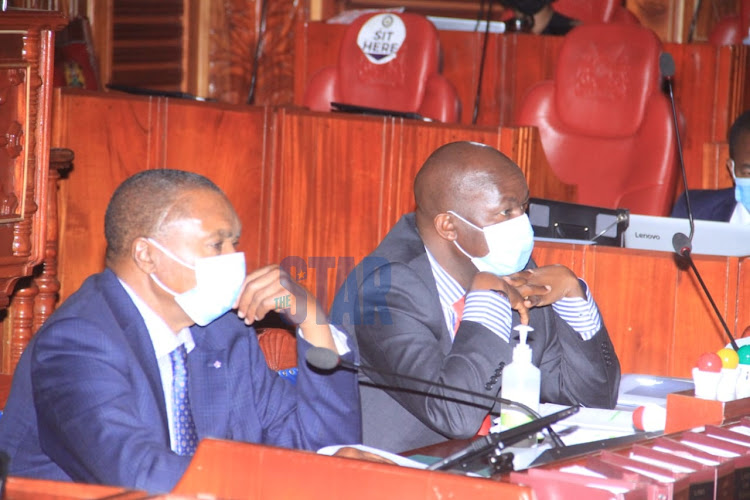 Doubts have begun to be cast over whether the BBI project to change the Constitution can entirely be finished in time. In time for what? August 2022, when the next general election is to be held. I am sure that no one really buys the claims that the BBI has nothing to do with 2022.

ODM talks about it not being a problem to delay things and they can be picked up next year. Then somehow suggests that this was an April Fool’s joke.

Parliament goes on recess because of the Covid-19 situation.

The electoral commission says that time is too short: They need two years before an election to organise the 70 new constituencies that the BBI Bill requires.

What does the Constitution say about all this?

WHO OWNS THE BBI PROCESS?

The whole BBI has involved government, or those closely associated with government, appropriating a process designed for the people not the government – namely the 'popular initiative'. That issue is before the courts.

Who now can stop not so much the reggae but the constitutional process?

There was a timetable in the Constitution for the process at the county assemblies: they had three months after they got the Bill to amend the Constitution from the IEBC. Then it had to go to Parliament 'without delay'. But now there is no timeline.

But, I suggest, the process does not belong to Raila Odinga and President Uhuru Kenyatta any longer. They cannot decree that it should stop, be slowed down, or speeded up. Of course, their cohorts in Parliament will take seriously what they want.

But formally things are in the hands of Parliament. And I doubt whether a court would say that the work of an arm of government could be stopped by a set of Covid-19 regulations made by a Cabinet Secretary. Indeed, regulations have to go to Parliament.

There is a problem: If either house of Parliament fails to pass the Bill, the constitutional amendment must go to a referendum (Article 257). Who is to judge if Parliament has failed – if they are not sitting? And who is to submit it to the people? The IEBC maybe? [Memo for constitution drafters: never say something “must be done” without specifying who must do it].

The IEBC has a vested interest in delay now. They can’t have the last say.

The Constitution says it must review constituency boundaries regularly – at intervals of eight to 12 years, to mesh with the 10-yearly census. And it must be completed at least a year before the following election. The IEBC plans to do this by 2024, since the last exercise was completed in 2012.

But 70 new constituencies before 2022 would necessitate a review in the affected counties – 28 of them would have new constituencies. If passed, the BBI Act amending the Constitution would require the IEBC to do this within six months.

No doubt they already have some idea how they would do it, but one has some sympathy with them as the exercise would require resources, and the Commission does not even have its full complement of commissioners.

And they will never meet the Constitution’s requirement of completing the exercise at least a year before the elections. Again there are reasons: voters need to understand which constituency they are in. And some well-established administrative arrangements will have to be changed to reflect the new constituency set-up. They may also have to consider the boundaries of some wards – a knock-on effect of constituency changes.

Any boundary redrawing exercise must have public participation – the Constitution of course places great stress on participation, and the Commission’s own Act says it must publish a draft report, give the public 30 days to consider it (which is really the minimum that would make sense). Six more weeks are then given for submitting the report to Parliament, getting its response and preparing the final report. Again a minimum period.

It is interesting to note that the UK Boundary Commission takes about two years for its exercise – the time the IEBC has said it needs.

COULD ELECTIONS BE DELAYED?

A Standard 'special correspondent' said that there is talk of postponing the elections.

Under the old Constitution, presidents could end Parliament’s life, dissolving it at any time within its five-year life span. They usually did so a few months early so that the election would be in December.

Now Parliament has a fixed life. It is automatically dissolved on Election Day. Almost no one can dissolve it.

Arguably the President ought to have done so when he got the Chief Justice’s letter in 2019, telling him to dissolve because of Parliament’s failure to enact the two-thirds gender rule. Remember that?

It is actually a very odd provision. Why should the CJ tell the President to do it? Why not go straight to the speakers of Parliament and tell them they must wind up, and tell the IEBC to call an election?

The reason is that in the Committee of Expert’s draft, before the MPs changed it, the CJ’s directive would have gone to a president who would have been in theory impartial and non-political in a parliamentary system. Even so the CoE could have provided for a more direct route.

Otherwise, the Constitution only once provides for an election other than on the second Tuesday of August in every fifth year. That is “When Kenya is at war, Parliament may, by resolution supported in each House by at least two-thirds of all the members of the House, from time to time."”. And the total extension must not exceed a year.

This would be a decision of Parliament itself, not of the President or the IEBC. It is designed to be difficult to achieve. And Kenya must be “at war”. People like to suggest that fighting Covid-19 is a war. But a war means a conflict with another country, formally declared by the President and approved by Parliament. We are not at war.

Kenya cannot just look at those other countries that have postponed elections and think, “We can do that”. It depends on what their laws and constitutions say — and how closely their government obey those laws.

You might say: suppose that there was some really cataclysmic event, like widespread flooding – or even the IEBC being ravaged by a virus just as elections were happening. Wouldn’t it be ridiculous if we had to have elections regardless?

There is a possibility: Lawyers call it the doctrine of necessity. But it will be applied only in the most extreme situations — otherwise you can readily see how it would be abused.

It has been applied in a few Kenyan cases. In one, a judge said fighting Covid-19 was such a priority that it justified declaring a local clinic as a centre for coronavirus patients without any public participation — using the doctrine of necessity. The Supreme Court has held that necessity may justified a judge sitting even if otherwise he ought not — if the alternative is that the court cannot sit at all.

But in another case, Justice Isaac Lenaola said, “It can never be true that necessity would make that which is unlawful, lawful if it violates or threatens the Constitution.”

This approach would make postponing the elections impossible, and perhaps would go too far. But Lenaola had a point: Going against the Constitution must surely need particularly strong necessity to justify it.

It is clear that a decision on necessity would need a court decision – it can’t be left to politicians. I wonder if a court might say: “The election must go ahead on constitutional schedule. Any constitutional changes that cannot be implemented in time – notably in the election system - must wait until after the election. Doctrine of necessity!”

Perhaps the biggest deterrent would be that Kenyans might find it hard to forgive people who delayed their chance to throw out their MPs.