• While what the DJs said was undoubtedly stupid and offensive, what rules was the CAK applying and how can we avoid such power being abused in defending morality? 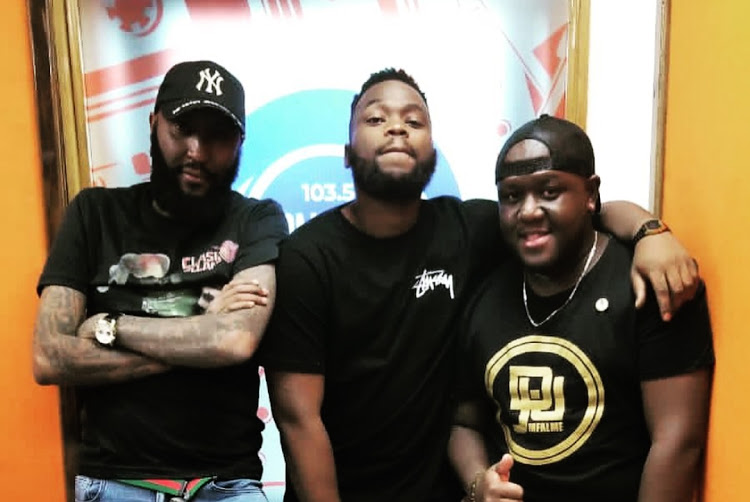 The discussion by the trio seemed to suggest that a woman pushed out a 12th floor window after rejecting sexual advances from her date was somehow to blame for the incident.

After a clip of the show was posted online, the three were suspended then fired, East African Breweries pulled their ads from the show.

The  Communications Authority of Kenya stepped in to impose a Sh1 million fine on Homeboyz Radio (which is owned by Radio Africa Ltd) and suspended the programme for six months.

This is hardly the first time Kenyan media is airing derogatory things about women. Just the week before, the Standard published a story suggesting Kenyan women's "hearts melt and knees become weak seconds after a man introduces himself to them as a foreigner."

No action followed either from the regulator or advertisers. There was little online furore.

The quick response to the Homeboyz debacle stands in stark contrast to the reluctance to enforce standards in the past but does raise some important questions that need addressing.

While what the DJs said was undoubtedly stupid and offensive, what rules was the CAK applying and how can we avoid such power being abused in the name of defending morality?

Here many will recall the attempts of self-appointed 'morality police'  Ezekiel Mutua, The Kenya Films Classification Board CEO, to censor speech he considers 'immoral'.

He even once claimed he could regulate political discussions on radio and TV talk shows that criticised government. We, therefore, must be keenly aware of the dangers inherent in allowing state bureaucrats to decide what speech is allowed.

This is not to say that there should be no regulation. But rather, what rules are there must be clear and uniformly enforced. When the CAK invokes things like "good taste" or "values and customs of civilised society" in the programming code, these are terribly vague standards that can be used to censor anything the state does not like.

Further, because of these dangers, the state should exercise its regulatory power lightly. The preferred mechanism should be one of self-regulation using industry, rather than government, bodies.

And in the digital age, we have other tools at our disposal. Audiences today are able to exercise far more power as gatekeepers than they did before.

It was online outrage that led to the suspension and firing of the DJs and withdrawal of advertisers. That should be considered when gauging the necessity and scale of government involvement.

We must also look to improve the ability of media workers to make sound ethical calls when confronted with vague rules and ever-shifting and at times contradictory, audience expectations.

When researching ethical decision-making in Kenyan newsrooms in 2019, I found that media professionals get little training on methodical ethical reasoning, and rely on gut instinct, experience and consultations with colleagues.

This creates all sorts of blind spots, especially in newsrooms that do not have much diversity.

This is not to excuse what the DJs did but rather to illustrate that the response by media houses and regulatory agencies needs to go beyond the punitive and to address the lack of ethical decision-making infrastructure and guidance.

This is about more than simply developing codes of conduct. In any case, research has shown such codes rarely determine day-to-day behaviour.

In my research, few Kenyan editors and journalists actually knew what was in their own media houses' codes.

In today’s world, media no longer determine who their audiences are and their codes no longer define what is acceptable on air.

It is a world where Kenyans, who constitute a tiny fraction of the readership of global media titans such as The New York Times, can nonetheless bring massive pressure to bear and punish indiscretions.

As Homeboyz Radio is learning, media houses ignore ethical training at their peril.