MP Koinange was a true patriot, man of the people

He was a true believer in God, organised prayer breakfasts and co-chaired the Bunge fellowship in Parliament

• A great soul who drove himself around as he had nothing to fear, a man who stated his political opinion clearly on where he stood without mincing his words or doublespeak.

•  He was slow to anger and one who used the US Prayer Breakfast network to procure military aid and security equipment. 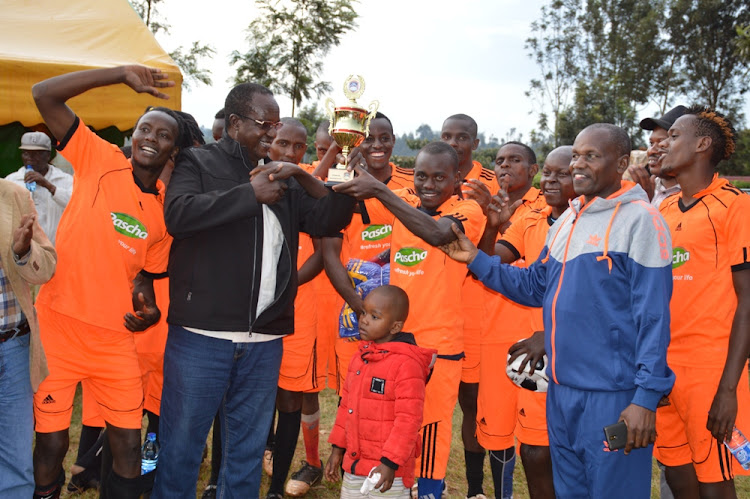 Kiambaa MP Paul Koinange and chairman of the National Assembly Security Committee passed away on Wednesday.

I got to know  Koinange in 2013, when we joined the National Assembly.  He became a member of the Bunge fellowship under the chairmanship of former Mathioya MP  Clement Wambugu.

Every Wednesday morning at 7am, we would often meet at the Committee room on second floor of the Continental House for a weekly fellowship.

Once a year, we also helped organise the National Prayer Breakfast events together with other prayer groups across the city as coordinated by Sam Owen. We also visited other countries for the same as a means of creating partnerships for a global network of prayerful leaders organised by various parliaments and parliamentarians.

During the opening season of Parliament in 2017, and just before the presidential address, Senator Samuel Poghisio, MPs Geoffrey King'ang'i, and Jeremiah Kioni approached me to consult on how to commence the Bunge Fellowship for the 12th Parliament.

I convened the first meeting but when it came to electing the chair, instead of taking over, I proposed  Koinange and Senator Poghisio to lead us as co-chairmen from both Houses of Parliament.

Koinange had been a ‘good’ student of  Wambugu, I observed and I reckoned that he would have been the best to lead us. I had even intimated that to him in a jocular manner but he would brush it off.  I thought, I would have done so but I reasoned, he was better placed since I was young and possibly had more years ahead. This has now become a reality today.

Only last week I pushed for us to re-start the Bunge fellowship, which was held on Thursday morning, with the possibility of going virtual, until lockdown happened on Friday.

I reckoned that the fellowship is God’s altar at the heart of the seat of Parliament. Besides prayer and praise, we are able to have discussions about pertinent issues affecting the nation in a bipartisan manner since members are drawn from many parliamentary political parties and/or political divides, shades and opinions.

Through this, we have visited each other’s counties or constituencies for church functions and also helped county assemblies to start their own fellowships as well. It’s also through this avenue that we organised to go pray with the President at State House in 2015.

It as in that meeting that I invited President Uhuru Kenyatta to my wedding, only for him invite my wife and me to State house for a first-ever wedding photoshoot at State House on the material day.

On Tuesday, I prodded co-chair Poghisio that we go virtual on our fellowship. We also had gotten information from his daughter through Jude Njomo that Koinange was improving and many of us — MPs and senators — were relieved, only to get the sad news on Wednesday morning of his demise.

A great soul who drove himself around as he had nothing to fear, a man who stated his political opinion clearly on where he stood on various issues without mincing words or doublespeak, slow to anger and one who used the US Prayer Breakfast network to procure military aid and security equipment, including fighter jets for our defence forces. He was a true patriot and a man of the state.

A gentleman who many people had written off to win a second term bounced back with a landslide in his Kiambaa constituency.

He was a true believer in God. The last time we met was at a Kiambu MPs forum late last year.

Koinange, just like his uncle Mbiyu Koinange, served as an adviser to South Sudan’s founding father John Garang De Mabior for many years.

He had taken up the role after his uncle, Mbiyu, who had also been an adviser to Pan Africanist and Ghana’s Founding President Kwame Nkurumah.