Kenya must take advantage of hydrocarbon potential before time runs out

• In line with Kenya's energy strategy, renewables will play a major role in the energy generation matrix

•  However, the opportunity to explore new frontier basins with significant hydrocarbon resource potential will plug the gap in the energy transition towards low-carbon emissions. 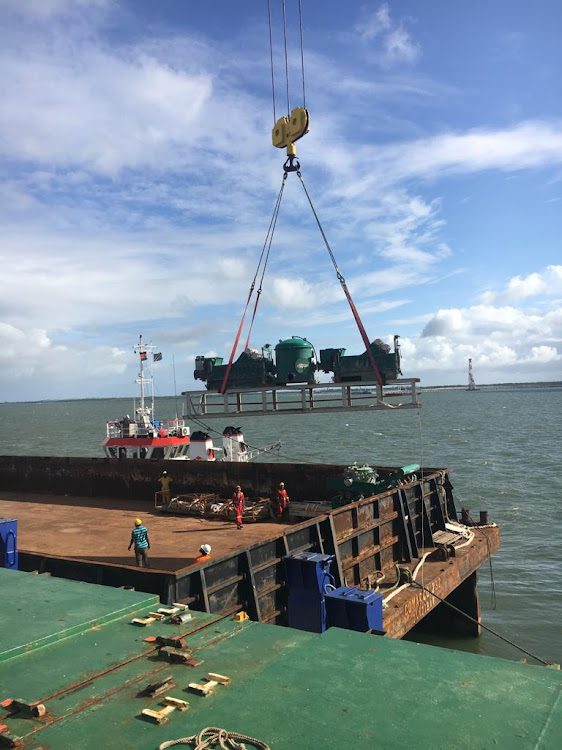 As the world gears towards "Net Zero" emissions by the second half of this century, achieving an orderly transition away from fossil fuels, especially oil, is essential.

It will, however, require major policy changes from governments as well as accelerated behavioural changes. Without that, global oil demand is set to increase every year between now and 2026.

The recent International Energy Agency influential report (2021) found that a rebound in oil demand, particularly in developing economies across Asia, could lead the world’s appetite for crude to break above 100m barrels of oil a day for the first time by 2023.

The report further notes that about 90 per cent of the world’s growing oil demand in the next five years will be driven by countries in Asia, albeit at a slower pace than before the pandemic, and will be underpinned by rising populations and incomes.

Kenya, therefore, needs energy security based on widespread rollout of renewables and the millions of 'green' jobs that come with it.

At this critical juncture, it needs the government, financial institutions and the energy industry squarely focused on the task of managing a just transition to a low-carbon future.

The Kenyan government has in the recent past reaffirmed its intention to address climate change and reduce greenhouse gas emissions by using cleaner fuels and tapping into renewable energy sources.

As a matter of fact, today, more than two-thirds of Kenya’s electricity supply is from geothermal and hydropower sources, with plans to add natural gas to the mix. Natural gas is fast becoming the clean fuel that will make up a large portion of the global energy mix and is a natural fit for the energy eco-system in Kenya and is the fuel of the energy transition. Kenya should see the energy transition as a window of opportunity to accelerate its operations and investments in the oil and gas sector.

As the energy transition moves forward, there will be less appetite, lower prices and less financing available. In East Africa, Kenya has the most natural resources and is the most explored country in the region. In so far as hydrocarbons are concerned. , Kenya has four sedimentary basins — Lamu, Anza, Mandera, and Tertiary Rift Basins — and geological formations that are either an extension of, or have similar characteristics to, those of neighboring countries where large hydrocarbon reserves have already been found.

The fact that these basins have revealed rich oil and gas resources in neighbouring countries has created much expectation and investment interest in recent years in Kenya. The onshore Anza Basin is a continuation of the Central Africa Rift system that expands from South Sudan, home to most of that country's oil reserves, estimated at around 6.7 billion barrels.

Kenya’s Tertiary Rift Basin could be the eastern stretch of Uganda's Lake Albertine Rift Basin, which is said to hold up to 3.5 billion barrels of oil reserves.The geological formations of Kenya’s onshore Northeastern Mandera Basin extend into the Mandera-Lugh Basin of Somalia and the gasrich Ogaden Basin of Ethiopia. Likewise, the geology of the onshore and offshore exploration areas of Kenya’s Lamu Basin show similar characteristics as coastal reservoirs of Tanzania and Mozambique, where natural gas deposits have been found. Kenya's hopes of becoming a newly emerging oil exporter appears to have been nipped in the bud.

As was recently reported in one of the dailies, Tullow Oil, the principal partner in the Kenya Joint Venture, the exploration vehicle that includes Total and Africa Oil, announced that it was now shifting attention and over 90 percent of its resources to West Africa - Ghana, with company chief executive Rahul Dhir reported as saying that the firm would be channeling resources to projects it considered to be productive in a bid to cut costs. Kenya had identified the South Lokichar basin as the anchor of the onshore oil drilling project, a region Tullow estimates to contain 560 million barrels in oil reserves with a capacity to produce up to 100,000 barrels per day.

The government planned to use the Early Oil Pilot Scheme to collect technical data that would be used to formulate a field development plan and also debut Kenya’s oil to the international market.

However, a quick glance at Tullow Oil's trading results paints a grim picture of the future of Project Oil Kenya. The company appears to be in financial distress. It's 2021 outlook for Kenya, is hazy at best.

In 2020 the group completed the disposal of its interests in Uganda for upfront cash consideration of $500 million, with $75 million due on FID and additional contingent future payments linked to oil prices.

As for Kenya, it goes on to state that, " A comprehensive review of the development concept is being completed to assess future strategic options and that separately, the farm down process was suspended in mid-2020 to allow time for the joint venture partners to complete their comprehensive review of the development concept, following which Tullow will assess its strategic options."

In short, they're bailing out!

They have once again watered down the value of its stake in the Kenyan oil project by Sh46.8 billion on low global oil prices, casting doubt over the project’s future. It should, however, be noted that investor interest in Kenya is not limited to its potential hydrocarbon reserves, but also extends to its strategic location.

It is not too far from China and India, where oil and gas demand is projected to grow by as much as 60 per cent and 50 per cent respectively in the next two decades.

While the extent of the oil and gas reserves is being assessed, Kenya is putting much effort in playing up its strategic location on the Indian Ocean as a potential oil transit route that would provide an outlet not only to its own production once it starts, but also to some of its land-locked neighbors’ future — and current — output.

Nairobi is committed to the $25.5 billion LAPSSET project aimed at connecting South Sudan, Ethiopia and Kenya through a series of ambitious infrastructure developments.

In 2016, Kenya put a freeze on the issuance of new licences to exploration companies as it linked the move to a major drop in oil prices that resulted in low levels of investments in the industry.

Kenya now needs to expand its hydrocarbon acreage offer nationwide to capitalise on its onshore and upstream potential before time runs out. Few licensing rounds worldwide were spared the brunt of the Covid-19 pandemic in 2020.

Oil prices collapsed and global economic recession appeared unavoidable. Against this stark backdrop, countries scrambled to suspend or defer their bidding rounds. In contrast, the mood across the oil patch this year is one of cautious optimism.

Successful vaccines promise to return economic activity and oil prices have already rallied on encouraging health projections. Kenya must resume new bidding rounds for the remaining oil blocks. There're about 63 gazetted oil blocks, 27 of which have been assigned to 15 oil companies for prospecting, including the state-owned National Oil Corporation of Kenya.

Qatar Petroleum, a state-owned company of the energy-rich Arab nation, has acquired a block of Kenya’s offshore oil and gas exploration fields, adding to a growing list of global corporations seeking to exploit huge fuel deposits believed to be underneath the Indian Ocean seabed.

Some of the offshore blocks are situated in what is considered to be a frontier and largely unexplored area in the Lamu basin. They have a total area of approximately 15,000 square kilometres, with water depths ranging from about 1,000 metres to 3,000 metres.

In line with Kenya's energy strategy, renewables will play a major role in the energy generation matrix, but the opportunity to explore new frontier basins with significant hydrocarbon resource potential will plug the gap in the energy transition towards low-carbon emissions.