Why human rights deteriorated at the Coast in 2020

Economic disenfranchisement, business moved from Mombasa Port and the drop in tourism contributed.

• From homes, to communities, to work places, stress levels remain high and this poses a threat to the wellness of the people.

• It is also leading to disintegration of the social fabric with individuals and families becoming islands and little being done in social spheres. 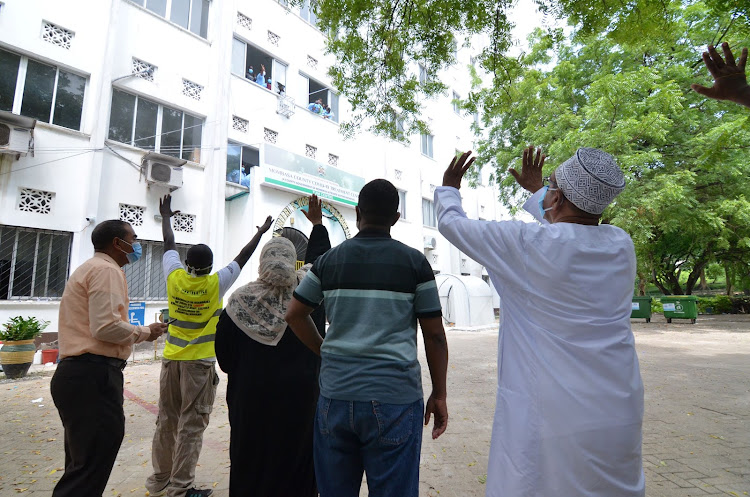 DON'TJUMP: Human rights activists plead with Covid-19 inmates at TUM centre not to jump from the window on Monday, June 1, 2020.
Image: BRIAN OTIENO

Next week, HAKI Africa will launch the 'State of Human Rights at the Coast of Kenya 2020' report.

It will highlight the deteriorating state of human rights in the region and how the various forms of violations have worsened since 2019.

According to the report, economic disenfranchisement, as a result of the port business being moved from Mombasa, and the slowing down of tourism business due to the Covid-19 pandemic contributed heavily to vulnerabilities of local communities.

Killings by civilians, gender-based violence, land evictions and labour relations have all worsened. The report points to a number of factors that have contributed to this sorry state of affairs at the Coast.

First is the issue of victims’ inability to escape violations as a result of the curfew and cessation of movement. From the report, human rights violations occurred mainly during the night when the curfew was in full effect.

Most of the victims could not escape their tormentors since they could not venture outside during the night. As a result, they were forced to wait to pursue the violations until the next morning.

Also as a result of the cessation of movement, there were reports of victims who had to endure violations because their places of escape were outside their counties. For example, those who would normally run to Mombasa or Kwale for assistance could not do as the counties remained under lockdown.

Police stations, for example remained largely out of bounds to the general public even during the day and this discouraged people from accessing them. Many cases, such as gender-based violence, remained unreported due to this. The courts, too, moved to online hearings, further restricting access and use.

Third is the closure of places of worship, which is believed to have increased levels of radicalisation. The Covid-19 safety measures resulted in mosques and churches being shut down to avoid congregation.

While this move was necessary to contain infections, it also meant that the traditional sources of spiritual guidance were not accessible any more. As a result, most people resorted to online spiritual guidance that exposed many to radical and extremist ideologies.

Towards the end of 2020, HAKI Africa reported heightened anti-terror operations by the Anti-Terror Police Unit at the Coast, which in itself is an indication of increased suspicious acts of radicalisation within communities.

The fourth problem is women’s economic vulnerability. Most women in the Coast engage in manual labour to fend for themselves and their families. This will include selling at the markets and doing household chores.

With the pandemic, such jobs became scarce and women were left to largely depend on men. This made women vulnerable and destitute. They were forced to endure abuse to survive the hard economic times. In many reported cases in the different counties, women were abused by those supporting them economically.

As a result of the above, mental health has now become a major concern and continues to contribute directly to human rights violations. From homes, to communities, to work places, stress levels remain high and this poses a threat to the wellness of the people.

It is also leading to the disintegration of the social fabric with individuals and families becoming islands and little being done in social spheres. The pandemic took its toll on the population and with no psychosocial support in the offing to help the masses, it continues to result in mental illness and human rights violations of various degrees.

The launch of the report will be crucial to set the context of what must be done to address fundamental freedoms. It is HAKI Africa’s hope that the state and other relevant authorities will use it to improve the state of human rights at the Coast of Kenya.