Racism claims in Royal family reminder of Britain's past in colonies

•At the close of the colonial period, British officials embarked on a remarkable makeover.

•Across their crumbling Empire, the Colonial Office executed something called “Operation Legacy” which involved the search for, destruction or theft, and forging of documents in an attempt to rewrite the colonial record. 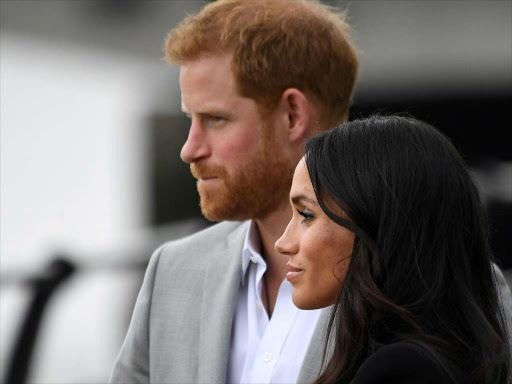 The meltdown by British celebrity journalist Pierce Morgan over allegations of racism and maltreatment at the heart of the country’s monarchy was wondrous to watch.

In a now (in)famous interview with Oprah Winfrey, the Duke and Duchess of Sussex, Prince Harry and his wife, Meghan Markle, made damaging and sensational revelations of royals behaving badly – from failing to help and protect Markle when she reported contemplating suicide to concerns about the colour of their baby.

In response, Morgan went off on a two-day on-air rant and penned an article rubbishing the claims and describing the interview as a “nauseating two-hour Oprah whine-athon … a disgraceful diatribe of cynical race-baiting propaganda designed to damage the Queen as her husband lies in hospital - and destroy the Monarchy.”

Called out on it on air by his colleagues, Morgan stormed off the live set and promptly resigned.

In a nation where the misdeeds of royals are regularly plastered across tabloid front pages, it may seem strange that the allegations made by a black woman would so put Morgan’s nose out of joint. And it wasn’t him alone. A poll conducted after the interview aired across the UK found that nearly half the respondents were demanding the Sussexes be stripped of their titles.

I think the fact that it was an allegation by a black person about racism was at least partly what struck a nerve.

"The Queen is not a racist and has never been a racist. To even suggest that she might be is disgusting" declared Morgan in his article.

Nigel Farage, former leader of the Brexit Party, offered that "nobody in the world, in history, has done more for people of color than the British royal family."

For some, in a nation that is yet to come to terms with how its fondly-remembered Empire was actually experienced by those across the world who were its subjects, that a black woman had intruded into the inner sanctum of that memory and dared to sully it with her truth, was unbearable.

At the close of the colonial period, British officials embarked on a remarkable makeover. Across their crumbling Empire, the Colonial Office executed something called “Operation Legacy” which involved the search for, destruction or theft, and forging of documents in an attempt to rewrite the colonial record.

Anything that was likely to painted the Queen or her officials in a bad light was hidden from the incoming independent governments, and where necessary, fake documents were generated to cover up its removal. The job was entrusted to “British subjects of European descent” and huge caches of documents recording the sorry history of colonial brutality were either burnt, dumped at sea or shipped to the UK where they were hidden away.

So thorough was the purge that not only did secret research by the Foreign Office in 1979 show that only two (Kenya and Malta) of 37 former colonies knew their records had been tampered with.

Within the UK itself also, many managed to convince themselves that colonialism had been a gentlemanly undertaking and the subjugation of millions across the world something to be proud of. Especially for a country that has seen its role in the world continue to diminish, the memory of Empire, dutifully scrubbed of all the inconvenient truth of its brutality and thievery, is all the more precious.

More than anything, the Royal Family is the symbol of former greatness – a link to the glories of Empire. The accusations of racism within its halls threaten the entire edifice of false memory. This was the great sin of the Sussexes.

When Morgan declares the Queen could not possibly be racist despite the racist atrocities committed in her name, the evidence of which is in the documents her government tried so hard to hide, he is participating in a modern ritual.

The British media was itself a partner in the effort to misremember the past. No one who has watched Jeremy Paxman’s 2012 show, Empire, can fail to note the desperate attempt to find a justification for the oppression.

“Surely it was not all bad,” he asks an incredulous former colonial subject in one episode.

The transformation of the British from the savage, racist, murderous thieves the colonies were acquainted with to the genteel nation of inventive, funny, slightly awkward but scrupulously fair, gentlemen carrying umbrellas, is one of the wonders of modern media.

Small wonder then that many Britons react with trauma at seeing the curtain pulled back.

This article first appeared on the 41st edition of The Continent