Beyond BBI: What really matters are the leaders you elect

The first thing to observe or learn about a candidate is her or his capacity to serve; ask questions.

• Not all elected individuals who are elected or govern have the capacity, motivation and conviction to lead.

• Failures or inadequacies in one or more of these leadership characteristics, are behind the schisms that have bedevilled our present and political past. 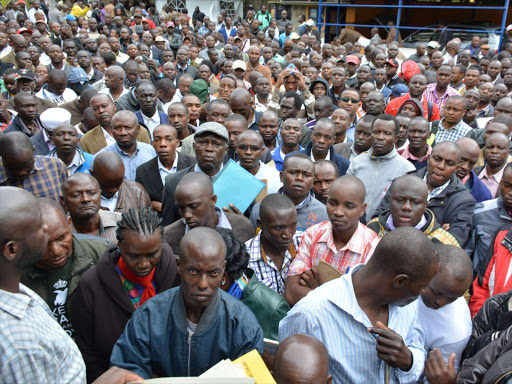 An ideal constitution lays out the structure of government, political offices and who shall occupy them and the rules for performing those tasks.

Even in countries without a written constitution such as England, these criteria are ever present and judiciously followed. Whether or not these constitutions work as expected is dependent on the assumption, and truly so, that rationality unites all those who must operationalise the constitutional mandates.

But herein lies the problem that Kenya, along with other sub-Saharan African countries, continues to grapple with.

Not all elected individuals who are elected or govern have the capacity, motivation and conviction. Failures or inadequacies in one or more of these leadership characteristics, I believe, are behind the schisms that have bedevilled our political present and political past.

While not openly admitted, the lack of attention to these three attributes justifies the observation by America’s eighth President Woodrow Wilson that it is easier to write a constitution than to run it.

So, even as we continue to overhaul or tinker with the Constitution, as was done in 2010 and presently through the Building Bridges Initiative, what counts most is how it is operationalised as a living document.

The good news is that our leaders have become alive to the notion of a legacy — that they must leave behind tangible results. Thanks to President Uhuru Kenyatta’s focus on his four pillars and the strong support and coverage by the media.

As the BBI referendum gathers momentum and with fewer than 21 months to the general election, here are some thoughts on capacity, motivation, and conviction that should enlighten the electorate in deciding whom to vote for. These attributes can equally be considered by parties in the primaries and those with appointing authority in government.

TO ELECTORATE AND PARTIES

The first thing to observe or learn about a candidate is the capacity to serve. Though one’s capacity may not be obvious to the common voter in the village, information about academic background, knowledge and experience can be obtained from local opinion leaders, such as teachers.

The problem is that these attributes are often clouded by one’s economic status. In the mind of the voter, wealth is at times equated to leadership or the ability to serve the public interest.

In my view, public interest is the concern for the general welfare of those represented. The mistake often made by some voters, at least in rural communities, is the near-allegiance to wealth accumulation. They celebrate riches more than philanthropy. This leads to voting for candidates whose sole purpose of getting elected is to satisfy their economic self-interest.

What is the consequence? A representative who fails to deliver or to help make the community and the constituents better off is elected.

The right thing for the voters to do is elect the candidate with concrete plans to improve or initiate projects to ensure access to water for all, health facilities, well-equipped schools, and rural access roads.

They must desist from enticements — sugar or a one-time donation of soccer balls to a local youth club — which only provide immediate fulfilment. Having soccer balls may keep the youth busy but it doesn’t provide jobs, incomes or eliminate destitution.

Although the role of political parties in educating citizens on public policy issues and mobilising them for collective action is unchallenged, nominating predominantly wealthy candidates can have unintended consequences for the party’s future aspirations.

I thus concur with ODM leader Raila Odinga’s suggestion that anyone aspiring to become an elected leader must hold an undergraduate degree. Though education alone does not make leaders, it can, as Raila correctly observes, make them better by improving their ability to analyse, weigh policy options and make appropriate decisions.

For those who have appointing authority, individual capacity and ability to get things done should be the guiding principle. These individuals may not be great orators or well-known public figures but technocrats with a proven record.

Although the Kenya government is yet to consider it, countries such as Nigeria have been able to incentivise their diaspora professionals to return home to take up key state positions. The key advantage of those in the diaspora, especially in western societies, is that they have acquired different work ethics that might add value to how things are done in government.

This, however, does not imply that the very able and professional Kenyans at home should be denied these positions but rather, the government should cast wide the net to secure the very best.

The second criterion voters and political parties should consider in candidates is their motivation to run for office. While this, too, can be a challenge, a set of five generic questions should be developed and institutionalised across the country.

Examples that come to mind include: Why are you interested in running? What will you do to improve the life of the average person in the county/constituency/ward? What qualifications and experience do you have to prove you are the most suitable candidate? How will you solve existing problems if elected? How do we hold you accountable to deliver?

The rationales for these questions are to equip the voter with enough facts with which to decide to either to elect or reject a particular candidate.

This will change the current dynamics in which the candidate controls the voter through bribery, leaving the latter with no powers to make life-changing decisions.

The voters are, on the other hand, the principals (masters). It happened to be the opposite in Kenya and this twisted mindset must change.

The third and last criterion is conviction. Throughout its political history, Kenya has had a share of leaders with conviction. These are individuals who are strong in their commitment to promote and to implement change.

They can generate enthusiasm and thereby energise followers to change or to overcome resistance and obstacles. This ability enables such leaders to produce desirable results. How can conviction be developed? It can either be inborn or a product of knowledge as well as passion.

Leaders with conviction are resilient and seem not to tire in the pursuit of their goal. Former South African leader Nelson Mandela, former Ghanaian President Jerry Rawlings and Raila, among other leaders in Kenya, seem to possess this attribute.

Voters can also observe one’s conviction to serve the public interest through their consistent support to community programmes and attention to the needs of the constituents. In this regard, President Uhuru Kenyatta scores high.

The leader with conviction should also exhibit knowledge and a genuine desire to better the conditions of the people. Unfortunately, the pursuit of an elected office is primarily to acquire wealth.

It is important to acknowledge that in true democracies, constitutions must, from time to time, be reviewed to accommodate the dynamic social, economic, and political realities. In my opinion, 15-20 years is about right for such reviews. This does not mean complete overhaul but amendments as may be deemed appropriate.

However, while such structural changes may be necessary, the running of what is in a blueprint is always daunting. The electorate and political parties can help to overcome this challenge by ensuring those running for office possess the capacity, motivation and conviction.