Country has witnessed a barrage of violations and threats to democracy, including a rollback on gains in devolved governance structures

• A human-rights focus has been absent in the Jubilee and post-handshake government agenda.

• The greatest effort to promote human rights protection has been fronted by civil society and individuals who have advocated against the state’s unlawful practices. 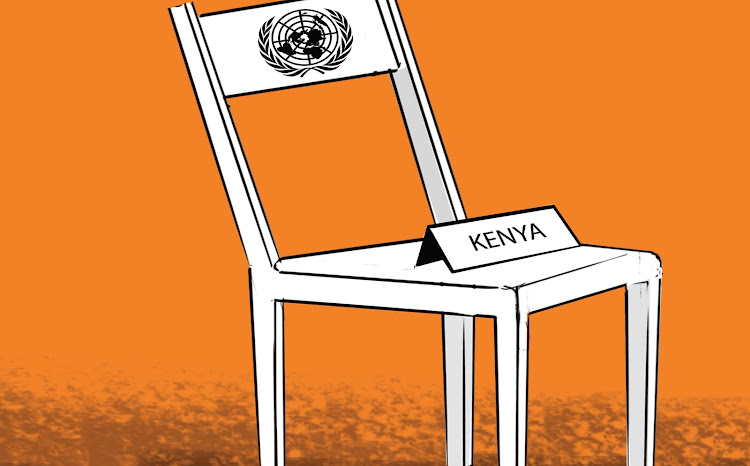 On January 1, 2021, Kenya began a two-year membership of the United Nations Security Council.  This was after garnering 129 votes in the June 2020 secret ballot at UN Headquarters in New York City, against Djibouti’s 62 votes.

The UNSC has 10 non-permanent members on the Council: Five from African and Asian states, one from Eastern Europe, two from Latin America and two from Western European and other states. Five members are elected each year, to serve for two years.

In 2020, Mexico, India, Norway, Ireland and Kenya were elected for the 2021-22 period. Kenya served twice before in 1973-74 and 1997-98. During its election campaign this time, Kenya fronted a 10-point agenda at the UNSC for Africa — peacekeeping and support operations; regional peace and security; youth empowerment; humanitarian action; justice, human rights and democracy; environment and climate change and sustainable development goals.

Typically, the international relations policies of a state mirror the leadership’s perceptions of the national interests and its agenda. The ministry’s international relations priorities do not focus on human rights and democracy – though they were included in the 10-point agenda. The Executive arm of our government has generally taken a hands-off approach to human rights and democracy.

The greatest effort to promote human rights protection has been fronted by civil society and individuals who have advocated against the state’s unlawful practices.

So much so that the Judiciary’s efforts to safeguard respect for the rule of law and uphold constitutionally protected fundamental rights and freedoms in the Bill of Rights is met by threats, interference, budget cuts and intimidation of judicial officers.

It’s not just human rights. The country has witnessed a barrage of violations and threats to democracy, including a rollback on devolved governance structures and functions, failure to appoint judges recommended by the Judicial Service Commission — despite several court orders — continued assault on civic spaces, unlawful evictions, rampant police brutality and a response to the Covid-19 pandemic that has eschewed democratic input and public participation.

Today, the main national human rights institution, Kenya National Commission on Human Rights, struggles to uphold its mandate. This is partly due to the failure to replace the commissioners, whose tenure ended some 11 months ago.

This delay may be attributed to the inadequate financial resources or the general lack of good-will to sustainably support such crucial state institutions. The Constitution says that commissions must have adequate funds allocated by Parliament (Article 249(3)).

The funding quagmire is also experienced by other agencies tasked with protecting human rights, including the National Legal Aid Service, the Judiciary fund and the Victims Protection Fund, which has never been operationalised.

Meanwhile, billions of shillings are allocated to the Constitutional Amendment process; prioritised projects such as implementing the huduma namba and massive infrastructure development projects.

Of the latter, courts have found some to be environmentally dubious as well as debt traps for the next generation. They are far from the type of 'sustainable development' that the Constitution requires.

The latest affront to democracy is embodied in the state-led Constitution (Amendment) Bill, 2020. I believe we can all agree that at the very least, this constitutional change process falls way below the people-centredness that the Bomas Conference exemplified in the making of the 2010 Constitution.

Several legal scholars have stressed the need to implement the 2010 Constitution as is. However, the process is so heavily politicised that it is virtually unimaginable to express a stand on the proposed amendments without being associated with one side of some political divide.

One would be hard-pressed to characterise Kenya as a reliable authority on matters of human rights and democracy at the UN Security Council (though one must confess that the irony is not quite as marked as with some countries’ membership of the Human Rights Council).

The State has also been conspicuously silent about other recent and potentially volatile regional tensions, including the Tigray conflict, Uganda’s post-election riots and the Nigerian End-SARs movement. Can Kenya really offer any leadership on these issues? Charity does begin at home.

As a non-permanent member, nonetheless, the state is expected to contribute to the UNSC’s primary mandate towards the maintenance of international peace and security. It joins the other nine NPMs, as well as the five permanent members (P-5) that have veto power on all substantive UNSC decisions.

A veto is Latin for ‘I forbid’. The power is used to unilaterally block any resolution or decision desired by other members. The same does not apply to ‘procedural’ issues in which all Council members have one vote.

Traditionally, the veto tends to waylay any decision of the council on key global issues. The power imbalance maintains the status quo in favour of the P-5 and their allies. This veto may be used or abused depending on the political inclinations of the relevant P-5 state government.

So it may seem that Kenya, as a non-permanent member, will not have a significant say in the major decisions on the Council. Rasnah Warah recently made this point in the Elephant: “The 10 non-permanent members of the Council do not pose a serious threat to the P-5, though membership does give these countries the illusion of being influential.”

However, perhaps all is not in vain. The NSC affords NPMs some powers if a state makes good use of the available opportunities. The UNSC largely operates on consensus. During its tenure, Kenya will have an occasion to serve as Council President. This will provide a chance to influence major decisions, lead negotiations, draft texts on recurring agenda items, and organise informal meetings with UN bodies and civil society organisations, among others.

Additionally, under the UN General Assembly Resolution 377(V) (the Uniting for Peace Resolution), the General Assembly has the power to consider a situation where at least one P-5 member uses the veto power to obstruct the UNSC. This veto causes  the Council to act in a manner that is incompatible with the objects of the UN Charter or fail to exercise its primary mandate of maintaining international peace.

The General Assembly, may, through a two-thirds majority decision, issue appropriate recommendations to its members in a situation where the P-5 failed to act for lack of unanimity. This power can be invoked by the Security Council itself or the General Assembly. Although it has only been used 10 times since its inception in 1950, it does have the potential to address volatile conflicts.

Although two years may not seem like a long time, it does offer opportunities but only if the NPM takes them. Most of the deliberations take place in informal meetings, providing occasions for NPMs to highlight and address their priority issues. The state could use these opportunities to assure a long-lasting impact in spaces where the question of consensus is not an issue.

While Kenya’s priorities entail an opportunity to shape the overall global agenda and ensure that its interests are considered, a human-rights focus has been absent in the Jubilee and post-handshake government agenda.

Given its track record at home, Kenya’s approach to human rights and democracy in this international body is definitely one to watch and scrutinise.