NOT ON A SILVER PLATTER

• There has never been such a robust debate on the representation of persons with disabilities in the mainstream of politics as has been witnessed in the last week.

• It means such an issue has become of age and that people can now openly discuss without feelings of guilt and pity. 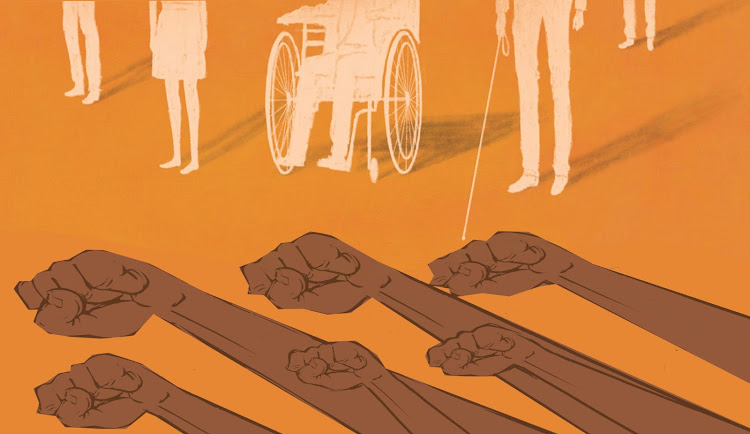 The events of the last week have been quite disturbing to many, especially when you look at how matters of disability and politics have been thrown into the limelight, courtesy of two main events.

First is the Jubilee Party’s hearing of my case through the disciplinary committee and the subsequent but pre-determined expulsion and the rather unfortunate remarks by one National Assembly Minority Whip Junet Mohamed.

Both events underscore the condescending manner in which representation of persons with disabilities is perceived by certain political actors and the public.

Nevertheless, there has never been such a robust debate on the representation of persons with disabilities in mainstream politics as has been witnessed in the last week.

While on one hand, one can see the negativity in this, the silver lining is that it means such an issue has come of age and that people can now openly discuss it without feelings of guilt and pity. This is a positive thing altogether because for a very long time, disability has been seen as an omen or taboo to the extent that discussing it as a legitimate concern in our body politic has been difficult.

But much as we have made strides in having the representation of persons with disabilities guaranteed in the Constitution, it’s a case of new wine in old wine skins. By this I mean such representation is still perceived as a form of giving alms to the less fortunate and who are pre-emptively underserving.

They should thus remain unquestionably grateful to the extent of not holding any contrary opinion, nor making any independent observations of the happenings around them.

Breaking from such a mould is therefore interpreted as a serious breach of the societal code that is cunningly embedded into the rules of our political parties that are not only temporary in nature, but have chronically failed to grow out of the founder’s syndrome. They remain largely parochial; most of them having faltered in becoming real national outfits.

While some like Narc, ODM and Jubilee have come close to attaining this status, they haven’t outlasted two elections, or if they do, they become a pale shadow of their former selves.

Such an environment doesn’t augur well for the advancement of political ideologies that nurture well-grounded statesmen/nationalists. In fact, parties are not any different from, say, a high school of whose traditions many generations are proud and therefore seek to uphold even after they have long graduated.

The clamour for the political inclusion of persons with disabilities can be traced to before the promulgation of the 2010 Constitution. This can be traced to the 2005 No campaigns that bore the Orange movement that coalesced into ODM.

As a youth board member of the National Council for Persons With Disabilities at age 24, I joined the party and was elected to serve in the NEC as secretary for special interest groups in October of 2006. At this first meeting of the National Delegates Conference, I was asked to bring five PWDs as ‘observers’ since this is what the party’s constitution allows.

I brought in Alex Munyere, Joseph Rono, Alex Juma, Godliver Omondi and yours truly to ‘observe’ other Kenyans as they exercised their democratic right. I thus clamored for the creation of the position of secretary for disability affairs later on. This came to pass in 2008 and I later on pushed to have PWDs represented from the kijiji level to the NEC of the party through amendment to the party’s constitution.

For the first time, the biggest political party had full and meaningful representation of PWDs in all its organs. I further ensure the 2007 manifesto of the party had a whole Chapter 17 dedicated to PWDs.

Splinter groups of ODM such as ODM-K (now Wiper), URP (now Jubilee) and UDF (now ANC) copy-pasted this constitutional model, which has now become the model for all major parties.

At the same time, I started a lobby group Watu Walemavu na Raila, which transformed into the ODM Disability League. The same model has since been copied by Jubilee and other major parties.

I also pushed for the party to include the representation in Parliament of PWDs in its official position on constitutional review, as we developed the 2010 Constitution in Bomas, in public hearings and as a member of the reference group of the Committee of Experts that drafted it.

It’s out of this and many other initiatives, including organising the first ever Prime Minister’s roundtable for persons with disabilities, that I got nominated to Parliament through the newly created seats for PWDs.

In my many years of being in national politics I have come to this conclusion: That "The contradiction of representing a marginalised group of people is that you have to claim marginalisation for you to get a seat at the table, while at the same time working hard to overcome the very barriers that hinder you from starting on an equal basis with others; yet the very marginalisation is affirmed by being thrown at you when competition sets in”.

Junet under fire over derogatory remark on Isaac Mwaura

Junet forced to apologise to people living with albinism.
News
2 months ago

NCIC condemns 'demeaning utterances’ made by Junet to Mwaura

Said it is considering the matter with the view of taking appropriate action.
News
2 months ago
by ISAAC MWAURA Columnist
Siasa
12 February 2021 - 07:16