TSC took Knut to court in January of 2019 after the union threatened to call industrial action.

• Disagreement over promotion of teachers, transfer, and registration opened a legal battle between the TSC and KNUT.

• The outcome of the case was ruled on July 12 by Labour relations court Bryam Ongaya and largely favoured KNUT. 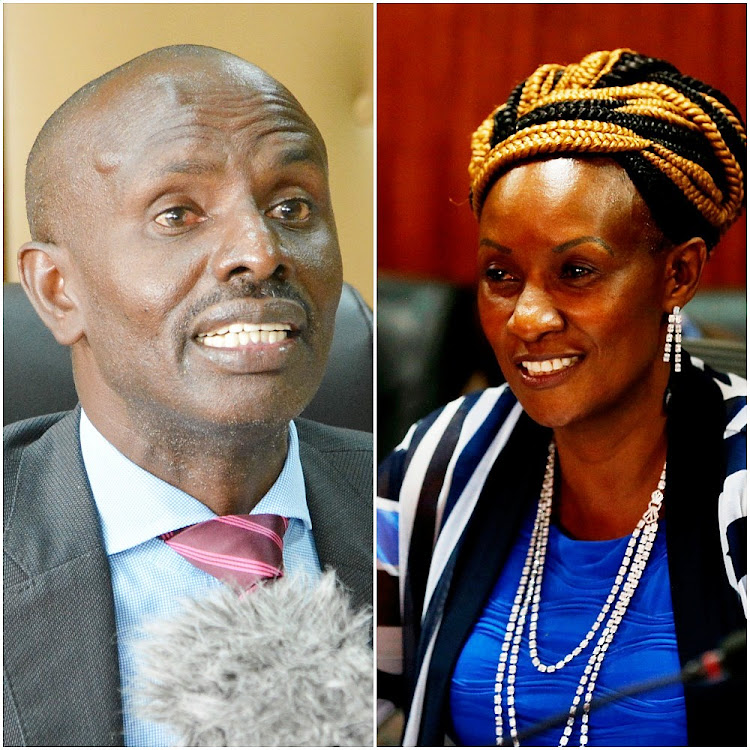 July of 2019 is perhaps the date that marked the beginning of the troubles for the once giant teachers union, Knut.

A series of disagreement on the promotion of teachers, transfer and registration  opened up a legal battle between the Teacher Service Commission and the Kenya National Union of Teachers

The court case, filed by the TSC marked the beginning of the union's downfall.

The ruling on July 12 by Labour relations judge Bryam Ongaya largely favoured Knut but while the union basked in the outcome, the TSC tactically implemented the verdict slowly, crippling the once vibrant union.

It is a battle that involves wits with the legal minds at play, including Knut’s legal team led by Paul Muite and Hillary Sigei, while TSC was represented by lawyer Timothy Oyucho.

In the legal battle, TSC sued Knut in January of the same year after the union threatened to call industrial action.

The then mighty Knut had over 187,000 members and going for a strike would mean disrupting teaching and learning in almost all public primary schools in the country.

In the petition, TSC sought the court to compel the union to resume talks and negotiations initiated by the Labour ministry.

By the time TSC was taking Knut to court, they were not seeing eye to eye. Their disagreement had escalated and reconciliation efforts by the Labour ministry often ended up in walk outs by either parties.

The court ruled in favour of TSC, pending the hearing of the case in January 2 by stopping the teachers' strike.

The court also ordered that the two parties continue with conciliation proceedings initiated by the ministry.

Among other things put on hold was the implementation of the career progression guidelines that had been adopted in 2018 to guide promotion of teachers.

After the court decision, the parties went back to the drawing board and begun conciliation talks as ordered by the court.

The outcome of the talks was deposited in court on April 8. 2019  as a joint memo.

In the memo, TSC and Knut failed to agree on the manner teachers should be promoted.

TSC was pro-new guidelines it had adopted with the implementation of the new pay-deal signed in 2017 and were dubbed the Career Progression Guidelines.

The union, on the other hand, wanted the guidelines used pre the 2017 pay-deal to continue guiding how teachers would be promoted.

This were better known as the schemes of service and involved teachers' years of experience and  the level of education.

It is this issue that drove the wedge between the institutions and led to the downfall of the once giant union.

In its decision, the court ruled in favour of Knut; nullified the circular that gave life to the promotion guidelines preferred by the TSC— the CPG — and asked that the schemes of service be applied to all teachers that were eligible to join Knut.

“The circular is clearly outside the code of regulation of teachers on teacher promotion and is liable to revocation with respect to all unionisable teachers eligible to join the respondent trade union," the ruling said.

The ruling also ordered TSC "to undertake teacher promotion in accordance with the schemes of service with respect to all unionisable teachers eligible to join the respondent trade union,”

However, the court called for a review on the schemes of service with a view of bringing them into alignment with the new pay-deal signed in 2017.

While the court ruling was a big win for the union, it also marked the beginning of its downfall.

By this time, the new promotion guidelines had been in use for close to one and a half years and had seen all teachers benefit on promotions and pay increase.

However, in a tactical move, TSC chose to only implement the ruling on KNUT members. First, by stripping them off the promotions and pay rise they had gained from the CPG and second barred the members from future promotions.

In search of a share of promotions and pay rise, the teachers started to move out of the ‘ill-fated’ union to join the rival Kenya Union of Post Primary Education Teachers that was not opposed to the new policies.

Teachers interviewed by the Star said that the TSC would immediately review their promotions and pay soon after exiting Knut.

Secretary general Wilson Sossion, says TSC has acted against the law arguing that the nullified circular should have applied to all teachers.

Sossion in an interview with the Star said that by January, the union membership stood at less than 20,000.

During the same period, the TSC also introduced a one click button for teachers to exit the union if they so wish on the website.

The employer also declined to deduct and remit union fees from July to November as required by law.

The string of actions, Sossion says, are meant to weaken the union and eventually lead to its fall.

To date, Sossion says its members have been paying the price of supporting the union with the TSC running two parallel payrolls.

One for members of Knut, who are paid less and blacklisted from promotions vis-à-vis those who had quit the union and members of rival unions enjoying promotions and pay rise.

“The law demands that no employee may be disadvantaged on account of joining or not joining a union and participating or not participating in union activities, but this is what the TSC is doing,” Sossion said.