We, the people, must demand that priority should be on the well being of wananchi

• As we cross to 2021, we must rebuild better and say no to human rights abuses and injustices that were witnessed last year.

• It offers a chance to rebuild afresh at the individual, family, communal and national level. 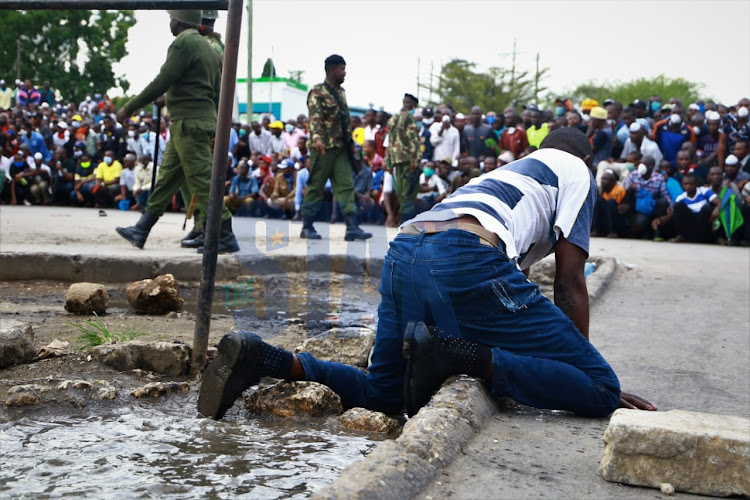 Last year was tumultuous for Kenyans. Not just because of the Covid-19 pandemic but also due to the many social, economic and political upheavals that came with it. It was an year every person will remember and read about for years to come.

The experiences of the year will be taught in schools and colleges for our children and children’s children to learn from and be prepared for a similar eventuality during their times. It was a year like no other where everything stood still as lives and everything we know about changed.

More people died than any other year in recent times. Not only from the disease but also from depression and other mental illnesses caused by stresses associated with Covid-19. Closure of recreational centres, places of social gatherings and entertainment joints widened the rift between people. Shutting of mosques and churches and other places of worship further exacerbated the situation.

Economically, businesses were at a standstill, leading to massive job losses. Families could not make the ends meet and had to spend nights without food on the table. The example of private schools teachers remains vivid in our memories.

Due to the harsh economic times, teachers began to commit suicide. In Mombasa, they had to request for food rations from the county government and Red Cross to save their families from the pangs of hunger.

While Kenyans suffered economically, looters were busy milking from public coffers, stealing money meant to deal with the pandemic. The Kemsa scandal is perhaps the most cruel in our history as money meant for the sick was inconsiderately stolen.

Politically, 2020 was also tough for Kenyans to take. As they suffered not knowing how to deal with the pandemic, politicians were busy devising ways of entrenching themselves in power and wasting public resources on political processes.

The Building Bridges Initiative was thrown at Kenyans at the onset of the second wave of the pandemic.

Politicians indiscriminately held public meetings to marshal support for their camps, resulting in more infections. Kenyans were shocked to learn that doctors were left unpaid and unattended while the same government was busy planning for a referendum that was not a priority for Kenyans at all.

As we cross to 2021, we must rebuild better and say no to human rights abuses and injustices that were witnessed last year. The New Year couldn’t have come at a better time — infection rates are going down, jobs are slowly becoming available again and social ties are reconnecting.

It offers a chance to rebuild afresh at the individual, family, communal and national level. The only way to make the most of the opportunity is by ensuring the process of rebuilding is founded on principles of fairness and equity. This can be achieved only when those in authority respect the rights of every Kenyan and do justice to the people. At the same time, the people must stand up and say not to misrule.

There are many colleagues who died in 2020. For those of us who survived, we should not let their deaths be in vain. We have a duty to change things for the better and realise the dream of a prosperous Kenya. The New Year must see a new Kenya, anchored on respect for human rights, rule of law and justice. We must say no to corruption, poor governance and bad leaders. It cannot be business as usual and loss of livelihoods.

As a nation, we, the people, must demand that priority should be on the well being of wananchi and how to improve their lives. To emerge from this devastating pandemic, in 2021, we must rebuild better with human rights and justice.

The effects of the crisis are intricately tied to the choices of political leaders.
Siasa
9 months ago
by HUSSEIN KHALID Executive Director, Haki Africa
Siasa
01 January 2021 - 05:00