The ups and downs of devolution

• There is no separate part of the country devoted to the national government for its functions etc. 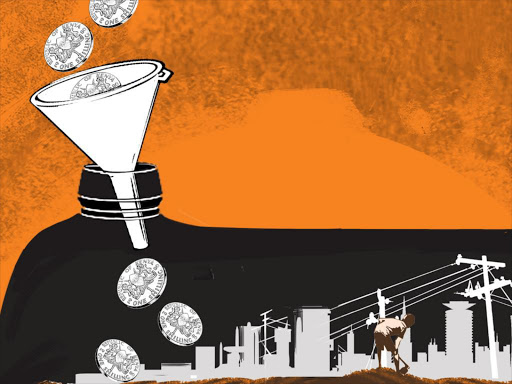 The origins of devolution in Kenya started as early as the discussions on independence — to provide for dispersal of state power, to enable all communities to participate in the state.

It was killed almost at once by Jomo Kenyatta, who vested in himself all state powers. Kenya went back to the colonial model — until the Bomas draft constitution (from the National Constitutional Conference in 2004) provided a model of a fair distribution of state power throughout the country, among different communities.

Again politicians tried to kill it, led by Mwai Kibaki. Few politicians objected to his act, not even by Raila Odinga, who was at one time its champion. The failure of a different constitutional model led by Kibaki and Raila eventually, under immense pressure locally and other African states, led to the revival of the Bomas draft. But with a somewhat weaker form of devolution. It is the weakening of devolution that has led to the present crisis. Needles to say that the change of the model was made by a handful of politicians from the usual five major tribes. Now, it is the same group that is not happy with the outcome — as we know from the intensive conflict among politicians.

As it happens when amateurs take over a job they know little about it, our politicians adopted the original objectives of devolution but did not structure for it in appropriate way, as in obvious in the present form of the Constitution. The amateurism of the final adopters of the Constitution is obvious from all the objectives as before but the structure is not consistent with it. Few of them understood what they were doing — hence the mess now.

Instead of using devolution to “foster national unity by recognising diversity”, the structure the politicians adopted is in total violence with the objects. Devolution does not bring different communities together but separates them -no wonder we have come to the present crisis.

Either politicians or the Committee of Experts (more like together) were impressed more by the British policy and practices than that of Bomas and adopted it despite the spirit of it in the Constitution. So now there is a great gap between the objects of devolution in Article 174 and the reality.

Politicians, disregarding Bomas (as they were required not to), devised a completely different regime of devolution drawing upon the British system of keeping different communities apart. The British motive was to prevent Kenyans getting together to fight colonialism. Did the politicians all of the major and united tribes intend to maintain their dominance by dividing the country into the British type of divisions, disregarding the Bomas principles?

The Bomas draft had 14 regions and 74 districts. The size of the regions was roughly equal. The reason for 14 regions was to integrate Kenyans of various communities. Districts were similar to the ones existing when the Constitution of Kenya Review Commission was doing its work. . The purpose of devolution was to strengthen national unity at the same time, allowing power to all Kenyans at lower levels.

After the overthrow of the Bomas draft by Kibaki and other Kikuyu leaders, and subsequent failures of alternative constitutional arrangements, the Committee of Experts was appointed to make proposals for a “harmonized draft” drawing on existing drafts, including the Bomas draft. The CoE’s first draft drew heavily the Bomas draft, including having three levels of government as in Bomas: the national, the regional and the district. But finally they opted for a single lower level to avoid a “complex system”.

Having given up this regions, the CoE felt that to have 74 counties or districts as the sole level of devolution produced too many and too small units. They opted for 47 units –now our counties.

This was based on the last legally supported division (as in 1991) – before presidents Moi and Kibaki began repeatedly creating new districts. But these 47 were very close to the boundaries established by the British — based on tribalism and designed to keep different communities apart. This was somewhat odd as the new constitution emphasised the idea of a nation with common citizenship. We might say that the Bomas draft reflected the views of the people as one nation but the current one that of senior politicians with personal interests.

Surprisingly, the 2010 Constitution defines the purpose of devolution to strengthen rather than to weaken national unity (Arts 10 and 174) even when the country has so many communities with numerous languages, religions and histories of attempted secession.

The variety of objectives prescribed in Article 174 suggests that delicate balances between the objectives should be established and consolidated, both within a county and as between them. The 2010 Constitution, properly, on most issues follows Bomas. But it does not follow Bomas on devolution—in objectives and structure. However, its Article 174 (“objects of devolution”) is identical to Art. 206 of the Bomas draft though the scheme of devolution differs so much between them. Rather odd.

Nothing could have been a clearer evidence of the problems than the present crisis about the rates of financial contribution of central government to counties and division between counties. At the bottom of the crisis is not that of Kenyans united as the Constitution proclaims, but more their being divided by race and ethnicity.

There could hardly have been a better example that we are not a nation—or as the Preamble of the Constitution proclaims: “Proud of our ethnic, cultural and religious diversity, and determined to live in peace and unity as one indivisible sovereign nation”.

For us, diversity has sharpened our conflicts. There could not have been a clearer example of the hollowness of the constitutional assertion—‘one indivisible sovereign nation’. Some politicians now have seen the reality of Kenya’s divisions and have tried to heal them. So far without success. I do not want to harp on the same theme, but I fear that only a few of our politicians have understood the significance of what may look like small sums of money in the current issue of entailment of financial support from the national government. It goes to the heart of our aspirations—and once we thought devolution had taken us to there.

DOMINANCE OF ETHNICITY AND TRIBES

Studies of the implementation of counties now show how one tribe usually dominates the rest — who are seen as foreigners, despite some limited constitutional role for them.

Also because of the dominance of a few tribes-- Five Tribes-- at the national level, counties related to them have been more privileged by the national Executive. Most of them are closer to major centres/townships from which they no doubt benefit. There is also uneven development between the rich and poor counties, even aggravating that difference. . The uneven number of people in different counties means that some counties have greater capacity for social and economic development. All of which could have been avoided if we had followed the Bomas model.

When there is such unbalance among the citizens of different counties, the minority groups tend to suffer (though Art. 177 does give minorities and some seats to others disadvantaged because of disabilities and the youth-to be determined by law). In practice minorities have suffered considerable discrimination. All this means that there is not fairness among different counties—again a major denial of Bomas values.

There is evidence of extreme corruption among county politicians, especially by governors. A number of them have been investigated for breaches of the law, particularly those that stem from greed.

All this is a breach of Bomas.