• While rivalry among tribes is longstanding, devolution politics has entrenched it, making it more audacious and deadly.

• Jostling for power and resources devolved to the grassroots is the underlying issue, with each community pushing for more money. 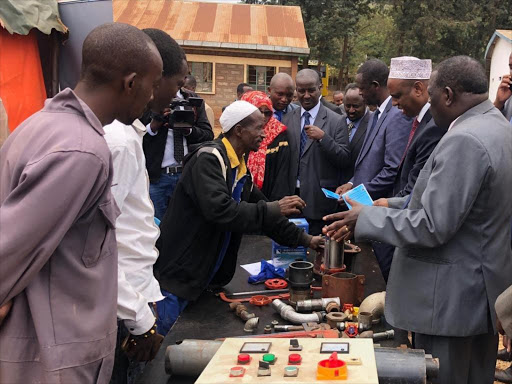 The media has always reported bloody tribal clashes in Marsabit as being about grazing land and water, with politics a fringe factor. But is it?

The Star has established that the ground has shifted, and jostling for political dominance by tribes is the main driver for the clashes in which hundreds have been killed and displaced.

The county is inhabited by the Borana, the Gabra, the Rajuni, the Gendile, the Burji and the Rendile, among other tribes.

Multiple sources have told the star that while tribal rivalry is longstanding, devolution politics has entrenched it, making it more daring and deadly.

The iron-fisted reign of the Ethiopian military led by Mengistu Haile Mariam, who led a bloody crackdown on opposition figures, led to instability in the country, causing civilians to flee to Kenya and other countries.

Most tribes in the Northern frontier region, including the Borana and the Gabra, moved to Kenya but retained their roots in Ethiopia. This was in the 1990s.

Instability led to the creation of militias, including Oromo Liberation Front (OLF), a violent offshoot present in Somalia and northern Kenya.

In Kenya, these clans have continually clashed in what has been reported as a struggle for pasture and water, given that they are nomadic and the land is arid and semi-arid.

But multiple senior sources in the county, who declined to be named told the Star that these are no longer the grounds for clan feuding.

"In this era of education, enlightenment and devolution, who goes for the head of another because of water and pasture?" asked Alexander Abduba, a communications director in the office of Governor Ukur Yatani, now Labour CS.

He said competing for political power at a time when resources are devolved to the grassroots is the underlying issue, as each community seeks more money.

A report by International Crisis Group International, a think tank that analysed voting patterns in the 2013 General Election, said the Rendile,  Burji and Gabra formed an alliance called Regabu to clinch most of the significant seats in the first devolution poll.

Yatani was the alliance’s candidate for governor. The Borana felt short-changed because they went to the polls believing they would win because of their superior numbers.

This led to a deadly clash in August that year, the report said. It is said the Boranas, who were generally pro-Jubilee, always felt disgruntled. they accused the Yatani administration of sidelining them in significant appointments and resource allocation.

“The Borana are not even a single majority in the county as some leaders would want the people to believe. The majority of them belong to Ethiopia and other neighbouring counties like Isiolo and Tana River,” one county leaders said. He spoke in confidence for fear of stoking tension.

Multiple sources argue that it is this Ethiopia link that county politicians exploit in their battles, both political and physical.

“These communities with brothers in Ethiopia get imported to acquire IDs and register to vote and some get enlisted for OLF militia to fight rival camps," an elder said.

He alleged that Marsabit Governor Mohamud Ali abets the militia's training in his Uran backyard in Sololo subcounty. County police commandant Steve Oloo said this was rampant, especially by the Gabra. The claim, however, remains unproven.

The IEBC voter's register shows an unprecedented increase in the electorate. For example, the 2009 census showed that Sololo, which borders Ethiopia, had 23,249 residents but the IEBC list shows 19,564 voted in 2017.

This suggests that about 4,000 residents were minors or did not register, a practical impossibility. The issue of giving of IDs to foreigners at the porous border could be substantiated by the reported frequent calls by politicians visiting the region to have youths given the important document of sovereignty without proper vetting, a source said.

“While the region has had a concern of infiltration by bad elements from outside the country, a certain top politician in the county and another from the national level with future ambitions have been recklessly calling for blanket issuance of IDs. These people want to dominate this county and push us out,” Yassin Dukaye, a religious leader said.

He cited names, which could not immediately be verified.

“This administration has enlisted OLF militia and even has a budget for it to subdue other communities here and silence local leaders. But we will not allow this,” a former MP from the county told the Star. He did not substantiate his claims.

“But the main concern here is power. This community is scheming to control the devolution billions and disadvantage other communities," he said.

Waqo Boru, the director of press services in Governor Ali's office, however, dismissed the allegations of OLF militia involvement in the area's conflict. He termed it propaganda sustained by “people keen to malign the good name of this governor".

On the 'real' causes of the conflict, Boru said on the phone, “The conflict here is a really complex matter," suggesting that pasture and water are no longer the major issues.

"Governor Ali is a peace crusader himself. If he could have been involved in fanning the conflict in this area, the security people, including intelligence, could have taken him in," Boru said and hung up.

Multiple efforts to reach Governor Ali were unsuccessful as he did not pick calls or respond to SMS queries for many days in the week.

Efforts to reach CS Yatani, who is perceived to have an interest in county politics, were unsuccessful as he was in Geneva, Switzerland, attending an International Labour Organization conference.

Police commandant Oloo told the Star that allegations of militias, including OLF, being involved in the local conflict are common but have never been reported formally to his office for action. He also dismissed claims that Ethiopians are registered as voters through dubious means in border towns.

"These are mere allegations. My office is not aware of them at all, but that does not mean they may not be true," he said.

"No one is willing to report these allegations and provide evidence to prove them. The volatility of the situation here means that whether or not the information you get is true depends on the divide from where you get it. Don't trust any information until it’s proven," he added.

Oloo noted, however, that area politics are high octane, making the rivalry between the Gabra and the Borana even more lethal as various camps prepare for the 2022 election.

If the picture painted by various county players, coupled with the observations of the county police boss, is anything to go by, then the warning signs have never been more alarming in Marsabit.

The reason behind the attack is still not known.
Counties
3 years ago

Riwe pointed out that skirmishes and tribal clashes have been the source of underdevelopment.
Counties
3 years ago
Post a comment
WATCH: The latest videos from the Star
by GORDON OSEN News Journalist
Siasa
15 June 2019 - 06:00
Read The E-Paper