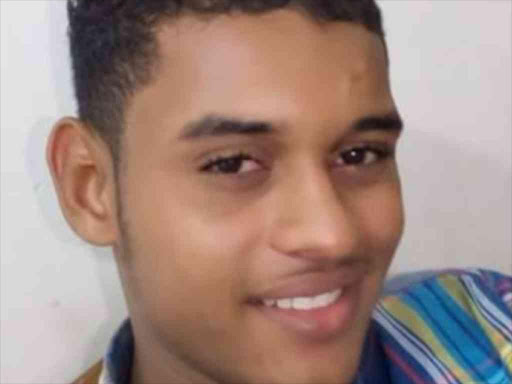 Last week on August 30, the world marked the international day in support of victims of enforced disappearances. The United Nations International Convention for the Protection of all Persons from Enforced Disappearances defines enforced disappearance as “…the arrest, detention, abduction or any other form of deprivation of liberty by agents of the State or by persons of group of persons acting with the authorisation, support or acquiescence of the State…”

In many countries across the world, enforced disappearances are reported in various contexts but it’s usually against a certain class of individuals. These could be from one religious group as is the case for Muslims in Myanmar, or ethnic minority as is the case for the Ormas in Ethiopia, or criminal suspects as is the case of drug addicts in Philippines and terror suspects in Kenya.

One common element of enforced disappearances is that it is persistent and one can draw a pattern over time considering the cases that are reported of the act in a given area. Enforced disappearance is in essence a violation of human dignity itself.

In Kenya and at the Coast specifically, it is estimated that in the last five years, over 110 persons have been forcefully disappeared. This number translates to 22 per year, which is almost two persons every month. While a few of those disappeared at the Coast are linked to common crimes, including robbery with violence, the majority are suspected of terror-related crimes. The abductions are done in broad day light in public places as was the case of Husni Mbarak. On May 25, 2018, 18-year-old Husni Mbarak was picked by unknown persons at 2:30pm and forced into a waiting white Toyota Fielder KCP 254W.

As he was being picked just in front of his father’s garage in Mombasa, he managed to scream for help, which and alerted his brother and co-workers. They rushed to the scene to find out what was happening, only to be repulsed by armed men who brandished their weapons and stated they were police officers doing their work. Husni was bundled into the car, never to be seen again. Despite his father’s and Haki Africa’s relentless efforts to follow up with the authorities, there has been no trace of his whereabouts. The family is left destitute not knowing to weep or keep their hopes alive. This is one of many such stories that can be told in many parts of the Coast by families, whose kin have gone missing in similar disturbing circumstances.

While people keep disappearing, the authorities are doing little to find the lost ones and in certain cases, even when evidence is presented, including vehicle number plates, little is done by the police to follow up on the leads. This has caused great concern to the families and Kenyans in general to the extent of suspecting the police are involved.

The cold reception when confronted about disappearances and police never finding disappeared persons has further widened the gap between the communities and the authorities. Practise has shown that hard, illegal, military approaches, including extrajudicial killings and enforced disappearances, are counterproductive and only act to push communities further away instead of bringing them closer to security authorities.

These hard approaches also win criminal and terror groups undeserved sympathy thus recruiting more followers into clandestine movements. From talking to communities, the acts of disappearances are worse than killings. This is because they keep anger, anguish and disappointment alive in the hearts of friends and families for as long as the ones disappeared are missing.

With so many cases of disappearances, the issue is fast becoming a ticking time bomb, which if not handled effectively by those in authority, could easily explode in the faces of Kenyans.

Whenever cases of disappearances have been reported, police have always been quick to report it was not their officers who were involved and unfortunately, no further action is taken to confirm or arrest the persons involved.

The international convention against disappearance states in Article 3: “Each State Party shall take appropriate measures to investigate enforced disappearance by persons or groups of persons acting without the authorisation, support or acquiescence of the State and to bring those responsible to justice.” Judging from the results of police investigations into enforced disappearances, one can deduce that Kenya has clearly failed to implement Article 3 of the convention.

As a nation, Kenya must be committed to ending enforced disappearances and discovering about those disappeared so far. To do this, the setting up of a judicial inquiry to investigate all disappearances becomes crucial. As a people, we must exorcise the demon of disappearances and confront it head on. Being a country with one of the best constitutions in the world, we must live up to the tenets of our Bill of Rights and respect our laws. The current generation cannot allow a section of our population to continue to suffer one of the worst forms of human rights violations – disappearances. Whether today or tomorrow, those behind enforced disappearances will account and be held responsible for their misdeeds. They must.