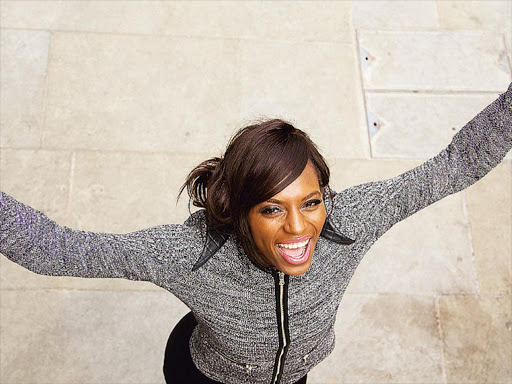 My fondest memory as a young girl was sitting in our kitchen, watching my mother as she made breakfast—sumptuous meals of ugali, mala milk or fluffy pancakes, followed by lunch of mukimo tinted green by pumpkin leaves. She gave her life for us after my father passed away, not just for me and my ten siblings, but also for the relatives who lived with us.

She took care of our community as a teacher and leader in church and took pride in preparing others to do everything they dreamed. From her I learned that if you inspire one woman, she will inspire her family and her community and bring real change to the world.

But for many women, inspiration is hard to come by. Her Excellency Margaret Kenyatta pointed out that “women also face incredible struggles… rape, genital mutilation, domestic violence—all remain a very real, daily threat to too many women in Kenya and in Africa. Over the years women, girls and children are specially targeted as vulnerable members of the society.”

During my college years studying psychology, I saw these struggles. I took on a counselling internship in a school that helped children from vulnerable backgrounds. There, I listened to girls describe ordeals of sexual exploitation from those in leadership and male students. My heart was broken, but it planted in me a seed to work with women and girls to improve their situation.

Since then, great steps have been taken to address discrimination, especially through legislation, but it’s not enough. We haven’t achieved the constitutional threshold for women’s leadership, especially in the national assembly and senate. In the 10th Parliament, less than 10 percent of the 222 elected members are women, even though women make up half of our country’s population.

So, given this legislation, it’s easy to ask, why don’t more women just run for political office? Kenyans are just as likely to elect women as they are men. Our constitution even ensures that neither men nor women occupy more than two-thirds of Parliament, and right now, policymakers are developing legislation that would help the country meet this requirement. But that’s still not law that can be implemented by 2017 elections.

I work with women everyday who want to seek public office, but, unlike their counterparts, they have limited resources, support, and role models to do so. Many of these women who have ventured into political and leadership positions face violence, humiliation and harassment from rivals, including in political parties.

There are many opportunities for women leaders to make a difference. Research shows women are more committed to policies that emphasize quality of life and reflect the priorities of their families and the most vulnerable people in their communities. History teaches us that strengthening capacities of vulnerable groups leads to governments that are more representative, responsive, accountable, and better able to reach across ethnic, social, religious and geographical lines.

When women are empowered and inspired, we can make an incredible difference, not just for our families and communities, but for our national governments and beyond. All of us—men and women, inside and outside the government—have a responsibility to support our sisters who have the potential to bring the change we are looking for. It’s up to every one of us to create and expand their opportunities, to train and mentor them as partners.

This is not about overturning the political establishment, but creating a fair playing ground for all citizens. It’s about meeting the requirements of our country’s constitution. It’s about supporting all citizens who deserve a say in how our country should move forward. It’s about women like my own mother, who have the drive and the potential to inspire and change our communities, our country and the world for the better.