Top celebrities who married in 2022 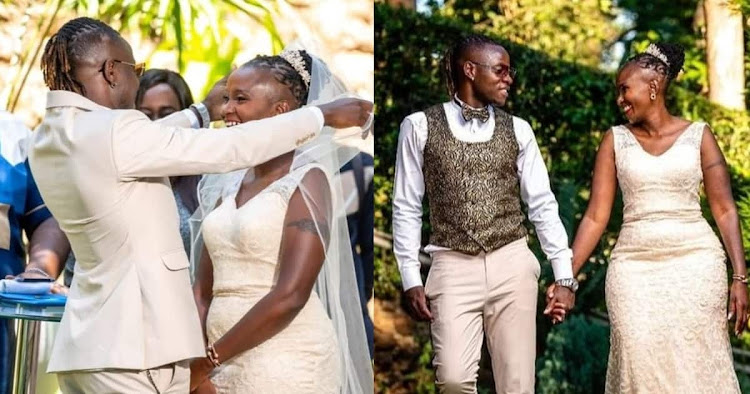 Gone are the days when many people waited until December to hold their weddings.

As 2022 comes to an end, we look back at some of the most glamorous celebrity weddings that happened.

Some celebrities chose to publicise their wedding while others hid their happy moments from the limelight.

Here is a list of celebrity weddings that made headlines in 2022:

To find someone as special as you out of all the people in the world is something I never imagined. Let’s do this life together. Mr & Mrs Omwaka

Gospel singer Guardian Angel and his lover Esther Musila got married at a private wedding on January 4.

The couple tied the knot in a low-key garden wedding on his birthday, when he turned 33.

They invited only 20 guests to their wedding, only close people who had been by their side since they started dating.

"We didn't want everybody. Our guest list was 20 people. The others were service providers and people from the church, who made the number 50."

Guardian and Esther's wedding was of particular interest to many people because of their age difference.

At the time of their wedding, the gospel singer was 33 while his wife was 52.

Esther said she never imagined she would find someone special like Guardian Angel in this world.

"To find someone as special as you out of all the people in the world is something I never imagined. Let’s do this life together. Mr & Mrs Omwaka,” she wrote. 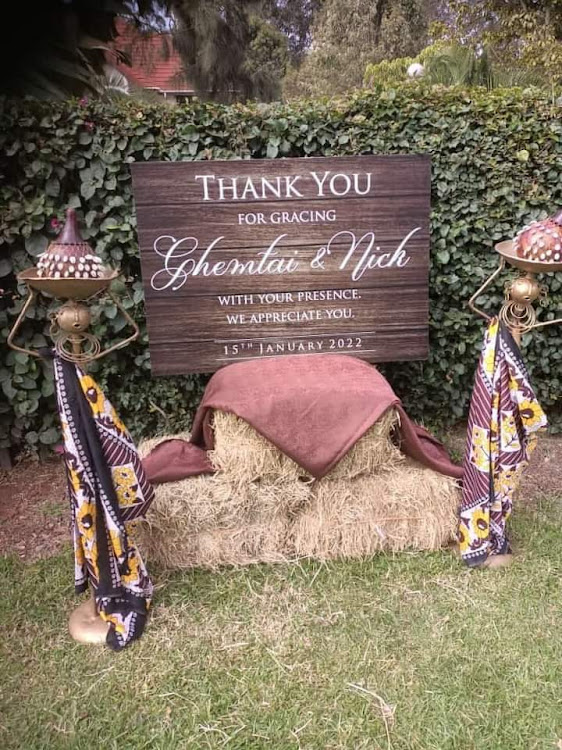 Message of gratitude to those who attended Nick Ruto's wedding.
Image: COURTESY

The ceremony caught many Kenyans by surprise since Nick had not hinted at his dating life before.

Chemutai wore a brown maxi dress in her natural hair, with Nick putting on a white Kaunda suit and a fedora cap with a touch of African print.

After the ceremony, Nick wrote on his social media, "We met our families as culture demanded. She said YES, I said YES, THEY said YES, WE said YES."

He added, "Special thanks for your support and prayers. Evelyne and Nick."

The low-key event was attended by less than 50 guests who were not allowed to take photos from of the wedding.

The wedding took place at Paradise Gardens in Kiambu and the reception at Kentwood Suites in Runda.

Despite keeping it on the low, a photo of her wedding ended up online.

Lillian was dressed in a baby pink flowing wedding gown, and Juliani had a snow-white T-shirt with an ivory jacket, dark-coloured pair of trousers and white sneakers.

The wedding theme colours were white and black. Less than 50 guests were invited.

She told Word Is her wedding was simple, which made it a lovely wedding.

She said the photo that circulated online was from some people who had a picnic at the venue of her wedding. She wished the people respected their privacy.

"That was wrong. Weddings are private. For anyone to see the need to share, it was wrong. But everything happens for a reason," she said.

BBC news anchor Akisa Wandera tied the knot with her sweetheart Charles in a traditional wedding on March 12.

The low-key wedding was held at her home in Mundika, Busia county, and was attended by her family and close friends.

Siaya Governor James Orengo's daughter Lavender Orengo got married to the love of her life Albert Adur in a white wedding ceremony held in Karen, Nairobi, on October 7.

According to photos shared by close friends who attended the wedding, Ngina's wedding theme was African attire, and the colour blue dominated the event.

Among those who attended the wedding was Health CS Mutahi Kagwe.

She wore a stylish purple hat and a matching floral African dress with a pearl necklace.

She was engaged to Alex Mwai, son of the Karen Club general manager Sam Mwai.

Details about Ngina's wedding were revealed by Dennis Itumbi through his social media.

In 2021, Ngina was at a city hospital, where she gave birth to her first child.

A source told Word Is that, "Ngina Kenyatta is giving birth there. She's already at the hospital." 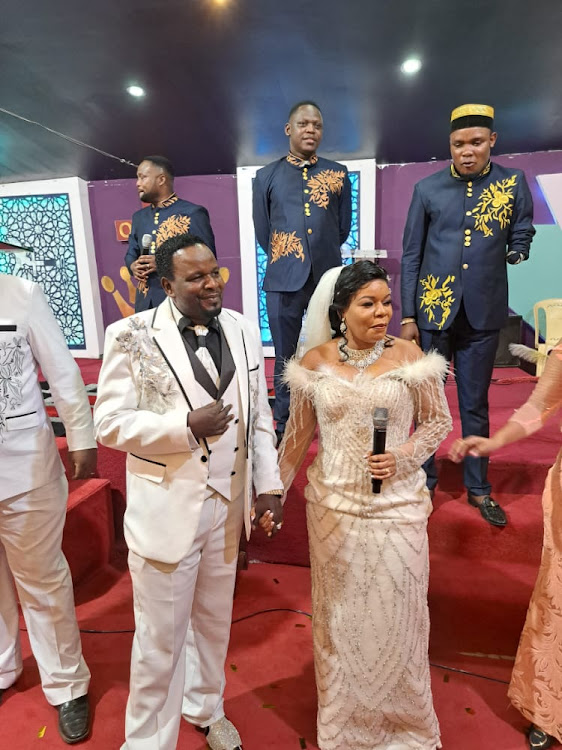 Gospel singer Annastacia Mukabwa walked down the aisle with her now husband Maurice Juma on December 10.

Annastacia's wedding was attended by the who is who in the gospel industry.

Before the wedding, her friends held a bridal shower for her.

We wish them a happy marriage.

How I came to know we all love weddings
Post a comment
WATCH: The latest videos from the Star
by ELIZABETH NGIGI Lifestyle, Entertainment Journalist
Word Is
23 December 2022 - 05:00
Read The E-Paper