Sauti Sol to host artistes for a live performance

This is the second edition of the Sol Fest 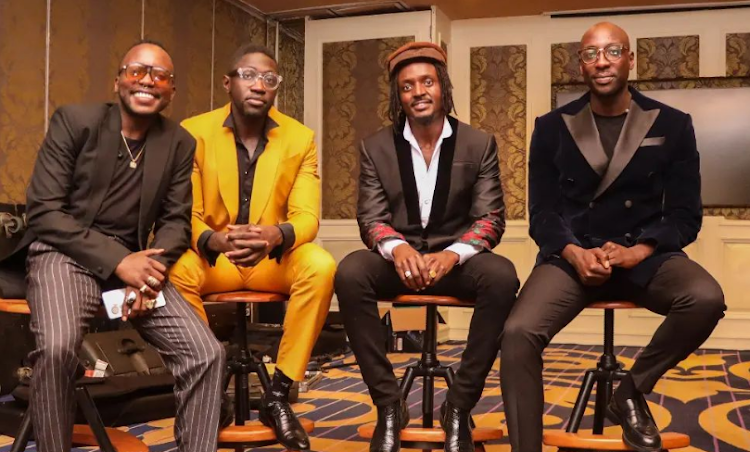 Sauti Sol has announced December 17 as the official date for the 2022 Sol Fest.

The event will go down at The Fox Drive Inn on the Thika Super Highway from noon till late.

The concert will feature performances from Sol Generation artistes Nviiri and Bensoul and Sauti Sol band.

The band will also feature other artistes for the live performances.

Artists such as Buruklyn Boyz, Nadia Mukami and Octopizzo have made it to the list.

The chart-topping quartet made the news public, referring to the chosen renowned hitmakers as the 'Sol Fest Class of 2022'.

This is the second edition of the Sol Fest.

Matata, who recently released their new album 'Super Morio', will also be featured in this year's event.

Post a comment
WATCH: The latest videos from the Star
by ELIZABETH NGIGI Lifestyle, Entertainment Journalist
Word Is
18 November 2022 - 04:00
Read The E-Paper