The couple had announced they were expecting baby number three 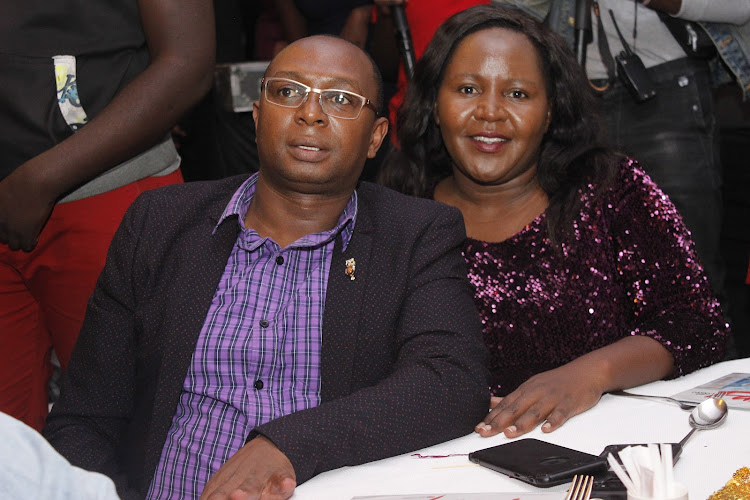 Speaking to Eve Mungai at the launch of a partnership with Britam, Sarah spoke about an urge she has been having to get another child.

Sarah was to deliver in January 2023.

Sarah also has a special link to Diana Marua and Bahati' newborn Malaika after she said she helped the couple name their child.

"I was just excited as I had been having the baby fever, so when I saw the Bahatis were approaching to get their baby, I was supposed to be due in January, so I started feeling like, 'Oh, no.' Like, 'Oh, this could almost be me in January!'"

Six months ago, the couple had announced they were expecting baby number three.

At the time, Simon Kabu shared a plate of dessert with a cake sparkler candle.

"Ready to be a dad again," he captioned it.

In the video, Sarah could be heard congratulating him.

Simon Kabu said he was ready to be a dad.

"I am too ready to be a dad. I have not returned the tools in the store," he said.

In April, the couple had a brief separation after Sarah went online to speak about her troubled marriage.

She cited baby-mama drama as one of the reasons she wanted to part ways with her husband, the Bonfire Adventures CEO.

"You try to build your empire and then the money goes to support his blood," she said.

"It has not been a big deal since I have been on the journey by even guiding him to some of the good schools he can take them. But for me, he should carry his own cross," Sarah told Christina Lewis.

Days after the interview, Sarah issued a public apology to Simon Kabu, regretting her public spat.

"When I was in distress I said things that I shouldn’t have said online and thus misleading. Life is a lesson and we learn every day. Forgive me, Simon. Let’s sort our issues offline."

Post a comment
WATCH: The latest videos from the Star
by ELIZABETH NGIGI Lifestyle, Entertainment Journalist
Word Is
16 November 2022 - 05:05
Read The E-Paper