People dwell on failed ones yet there are many happy ones, she said

• She encouraged people to concentrate on the successful ones 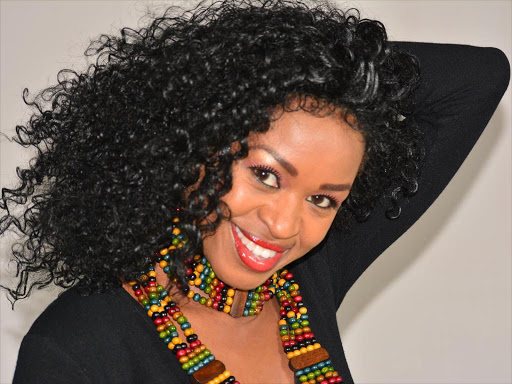 The popular gospel artiste, whose music was once played on almost every TV station and radio available, said people should stop calling marriage 'a scam'.

"I have been married for 26 years to a great man who every day pushes me to be what God wants me to be without forcing me to be in the limelight," she said.

The mother of three said her children are all grown.

Her firstborn cleared university, the lastborn is almost getting into high school, while the secondborn is already in high school.

She spoke highly of having a beautiful family, saying she prefers keeping them private.

"I don't post them apart from the ones who finished university. She took herself online since she is over 18," she said, adding that she waits for her children to make decisions for themselves.

"My family is private and I love to choose my battles, but I have a beautiful marriage," she said.

She encouraged people to concentrate on the successful ones.

"Look at my life. Let us start talking about the successful marriages that we have since they are many in the industry," she said.

"Someone like Sarah K is over 30 years in marriage, and singer Jemimah Thiong'o is almost 40 years married.

Even in the secular world, we have, Wahu and Nameless, so marriage is not a scam in my opinion."

On why some gospel artistes quit the industry, Esther said only the real servants of God survive the industry.

"If you keep real, you will survive and you will be a blessing coz there is a generation you are serving," she said.

"If it's for money and clout, you won't last since there are forces that require one to be true and prayerful when doing gospel music. You will do a hit and quit the industry and leave us who are truly serving our purpose."

The mother of three also opened up about stories of healing, restoration and hope from people who have listened to some of her songs over the years.

"I have met drunkards who say that my song 'Kuna Dawa' made them cry when they were in clubs, I don't know why," she said.

"There is a man in Jogoo Road who also said he listened to 'Kuna Dawa' and he got healed."

Do all men cheat or is there still hope?

Veteran says current generation 'think they know everything'
Sasa
2 years ago
Post a comment
WATCH: The latest videos from the Star
by ELIZABETH NGIGI Lifestyle, Entertainment Journalist
Word Is
15 November 2022 - 00:05
Read The E-Paper