Couple enjoyed the moment in Dubai 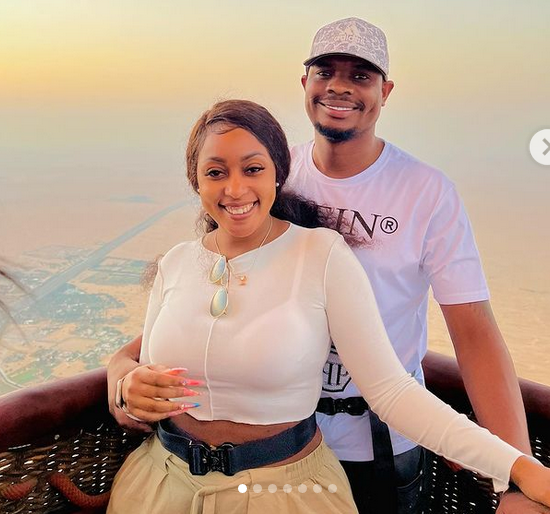 Socialite and businesswoman Amber Ray got engaged to her new bae Kennedy Rapudo in Dubai on Wednesday night.

Amber and Rapudo used their socials to inform their Instagram fans that she was taken.

Amber said she had said 'Yes' to Rapudo as she displayed a huge diamond ring on her finger.

Amber is away for her birthday baecation. She and Rapudo have been together for close to four months now.

Amber has been describing Rapudo as a protector and a rich man who has taste.

In October, Amber was introduced to Rapudo's family in a beautiful ceremony at his home.

During her birthday, Rapudo said he never felt happiness until Amber  came into his life.

Huddah spends her free time having sex
Post a comment
WATCH: The latest videos from the Star
by ELIZABETH NGIGI Lifestyle, Entertainment Journalist
Word Is
11 November 2022 - 00:00
Read The E-Paper