She can't post a picture without someone saying, 'When are you giving birth?' 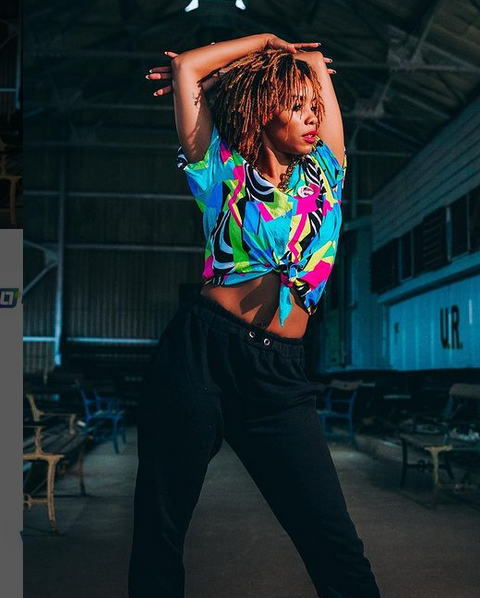 Bien's wife Chiki Kuruka has asked people to stop pressuring people on when to get children.

Speaking to Word Is, Chiki who got married to Sauti Sol's Bien in 2020, said she finds it so unfortunate that people constantly ask her to get children.

"I think we need to be really careful about putting undue pressure on women to have children," she said.

"There are so many women who are unable to give birth, and that's such a trigger," she said.

"If you happen to be one of those people unable to give birth and constantly on your feed, 'When are you giving birth...?' I'm not saying that's my particular status, but people need to be careful how they throw that out there."

Chiki added that most of the time, women are highly targeted. "I can't post a picture without someone saying, 'When are you giving birth?' I am yet to see that on Bien's page," she said.

"It takes two human beings to have a baby, so the idea that that is women's issue and the idea that it's really up to the women, that's nonsense."

Chiki said she has grown a thick skin when it comes to social media bullies, and what matters most to her is a good marriage foundation and extended family who understand the couple.

"My in-laws are amazing and so it doesn't bother me," she said.

"When someone wants to have a child, they are gonna have a child. And it's not gonna be because someone left a comment."

Having children is a choice and not a duty

Chiki also defended her husband Bien, who stirred controversy with his remarks on vasectomy.

Chiki said his remarks were misinterpreted.

"What he said was contraception can't just be the responsibility of a woman," she said.

"He said he wouldn't mind being the person that takes over the responsibility if I am uncomfortable using a contraceptive."

Chiki is on a media tour to promote her dance studio business.

Go for it if you think you will otherwise have many kids, he said
Sasa
1 month ago

His sister says he undertook the procedure when he was 27 years old.
News
3 months ago
Post a comment
WATCH: The latest videos from the Star
by ELIZABETH NGIGI Lifestyle, Entertainment Journalist
Word Is
16 September 2022 - 00:00
Read The E-Paper