He defended himself, saying everyone is chasing views and likes 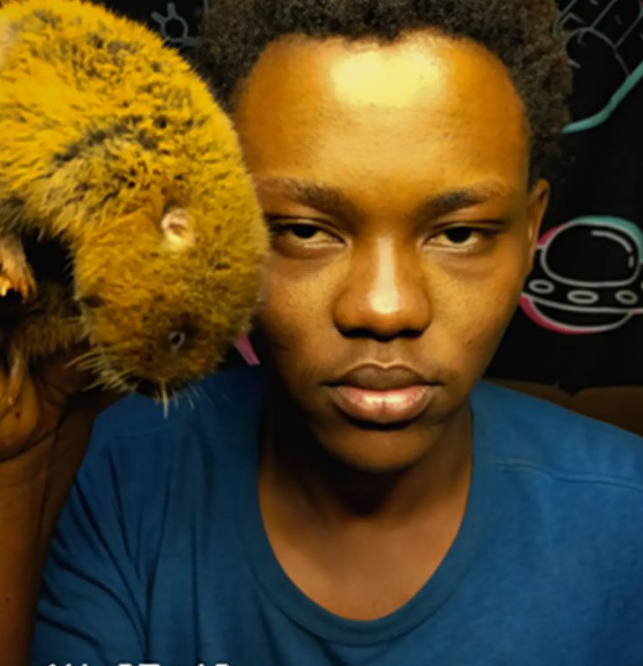 Kenyan TikToker and food blogger Aqu9ine was in the spotlight again after a terrifying video of his face swollen for allegedly eating a spider.

Speaking to Word Is, Aqu9ine said fans should stop wishing death on him.

"Not everything we post online is the truth," he said.

"I have received over 600 messages on Instagram, with people insulting me and others wishing me death. People are typing RIP on my TikTok. I had to switch off my phone for the better part of the weekend to be able to work."

Aqu9ine added that he got constant phone calls from strangers after he shared the video.

"Not everything you see online is true. Everyone is chasing views and likes."

According to his post, after the spider meal, his body temperature rose to 46°C and his body was swollen.

Asked to explain what happened, he said he does not want to explain if he was admitted or not.

"I do not want to accelerate the matter until I am fully okay," he said.

"For now, keep entertaining me with the trolls, but be sure I can never get hurt. I am a gangster and I can't be moved by the hate online."

Asked what his family thinks about his content, Aqu9ine said he does not involve them in his content creation.

He has vowed to continue entertaining his fans with his controversial content.

He previously suffered serious health issues after he cooked and ate bat meat.

"It's your problem but I am okay and at work."

Aqu9ine is an engineer by profession and is currently doing plumbing jobs in Meru county.

TikToker Aqu9ine tells haters: I don't care how you feel

He ate the bat after being dared by his fans.
Sasa
1 month ago

He was dumped by his Arabic baby mama
Sasa
1 month ago
by ELIZABETH NGIGI Lifestyle, Entertainment Journalist
Word Is
19 July 2022 - 00:00
Read The E-Paper