He used stunt to send a message to showbiz industry 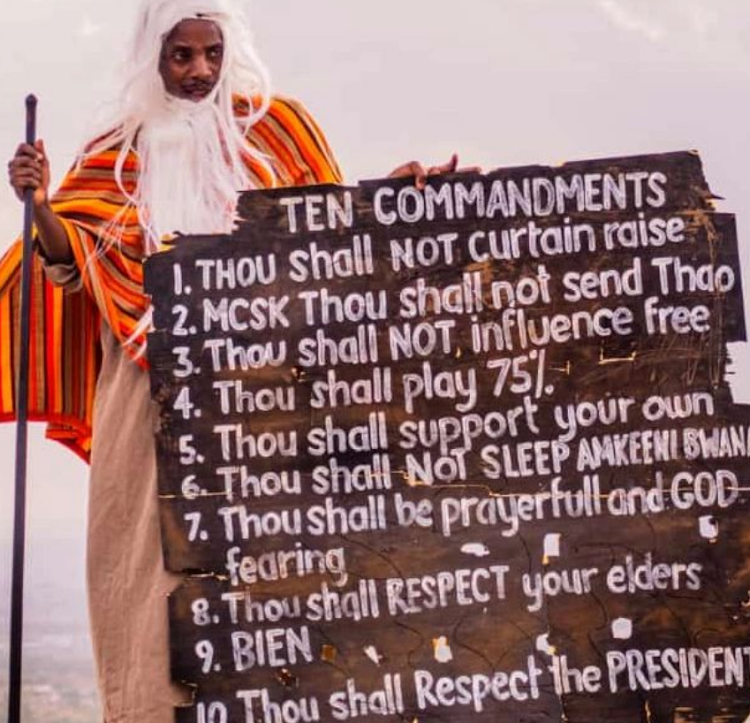 Omondi has been lobbying for increasing the local airplay and content since last.

He is currently in Egypt, where he has been entertaining his fans from across the continent, and took advantage of his first visit to the North African country.

Omondi seemingly visited Mt Sinai, the famous mountain where Moses from the bible was handed a tablet of commandments by God.

Omondi recreated the story, directing it to the entertainment industry.

He also shaded his nemesis, Bien Aime of Sauti Sol, by listing his name on his tablet, without saying much.

The self-proclaimed president of comedy in Africa signed off by calling upon his fans to respect his name.

Do creatives need more of their own to be MPs?
Post a comment
WATCH: The latest videos from the Star
by ELIZABETH NGIGI Lifestyle, Entertainment Journalist
Word Is
31 May 2022 - 00:00
Read The E-Paper