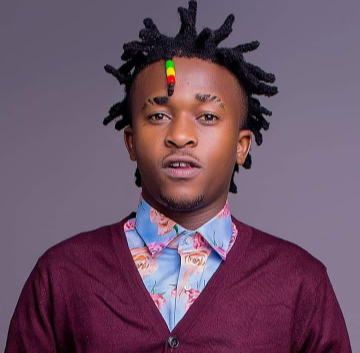 This is despite the scrutiny and hate that comes with being a celebrity.

Speaking to Word Is, Miracle Baby said the group is currently on a break.

"We decided to go on a break as there was so much going on," he said.

He said he is currently doing Mugiithi music, which he says is much appreciated.

"The industry has so many games coming from the fans, promoters and so on, and others are killing talents through theft. That is why Sailors is on break," he said.

"Mugiithi is appreciated so much. I decided to go do something that can bring food to the table. Sailor group is not dead, we meet and talk. We decided to go on a break so that also fans can miss our music."

Speaking about how he handles social media scrutiny, he said he has learned to concentrate on the positive vibes only.

"Silence is the best option. At the end of the day, we love all fans."

He said it pains him when he sees fans asking about their whereabouts yet they witnessed what was done to them.

He added that when the group was experiencing challenges, no one showed up to support them.

"It hits me since some of the members are not singing. They are not having good deals, some deals were cancelled and I get hurt when I read comments of people asking about us."

His message to their fans is that they should be calm as the group will be back.

He does not regret being part of the famous gengetone music group.

"I have gotten so many opportunities in life after that. I have built for my parents and they are currently not paying rent," he said."I bought land in Membley with the money I got from music. They are my second God. I will be officially opening it in a few months."

He encouraged artistes to invest wisely.

"Life is hard and fame comes and goes. We have so many of them who end up as beggars since they did not use their resources well."