He cried after coming under fire, threatened to sue defamers 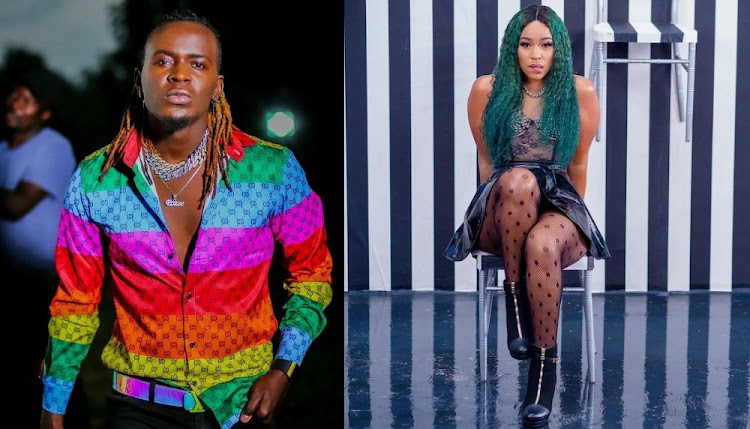 Willy Paul has found himself on the receiving end after Bahati's wife Diana Marua alleged he raped her.

Speaking on her YouTube channel on Thursday, Diana lamented what she termed the worst day of her life.

"I have been crying since I opened up in the video; this was simply the worst day of my life and a horror moment to any woman who has come across rape or almost got raped," she said.

"I'm still in disbelief that a man can forcefully attempt to rape you, but because they've noticed you went silent, they still clout-chase with your name, lying to the public that they have slept with you just for clout."

Diana added that the reason she has been silent is that she was watching and collecting the needed evidence for the three cases she has filed with the police in court.

"All these women you have raped and tried to rape are already in my DMs and with the influence God has given me, I will make sure they all get justice."

Pozze has had to come out and demystify netizens about his previous relationship with Diana Marua.

He said the two were close friends back in the day, but what transpired to end their friendship is not clear.

Willy Paul also went on a live interview where he broke down, claiming he is being attacked by fellow celebrities.

He said he is falsely accused of sexual misconduct while all he did was go on a date with Marua.

Pozze later released a press statement, saying he is not playing around with anyone out to ruin his brand.

"Willy Paul is not Wilson Ouma, Willy Paul is a BRAND NAME with commercial interests both locally and abroad," he said.

"I, therefore, issue this statement as a stern warning that there will be serious legal consequences both individually and collectively to whoever might purport to give false unsubstantiated claims."

The statement was issued due to rumours of more girls planning to come out to accuse Pozze of harassment.

Pozze said being termed a rapist has damaged his career. He calculated the losses to be worth millions.

"I've lost a deal worth 10m from a telecommunications company. Four million from a mattress company. And an international recording and distribution deal worth 82m."

As many a woman can attest, some men do not accept rejection easily
Sasa
1 year ago
What to do if you have been raped
Post a comment
WATCH: The latest videos from the Star
by ELIZABETH NGIGI Lifestyle, Entertainment Journalist
Word Is
14 December 2021 - 00:05
Read The E-Paper