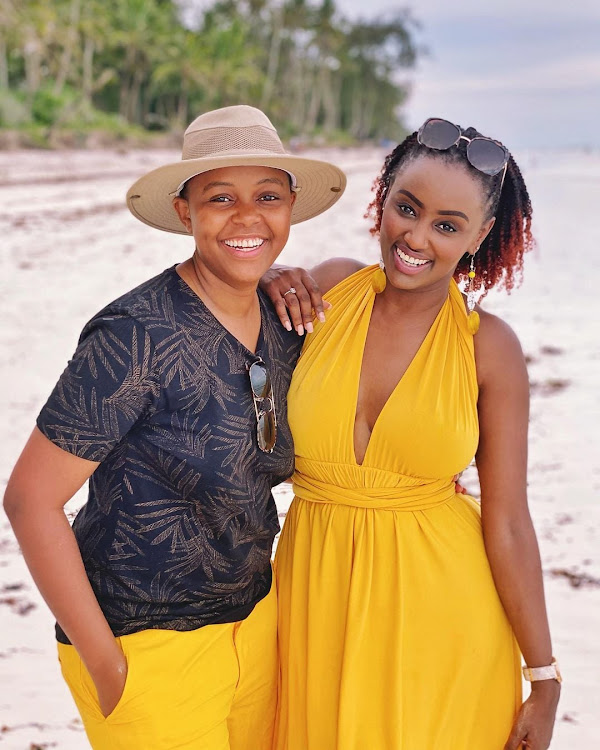 Marini Naturals CEO Michelle Ntalami announced her break up with her long-term partner.

In a series of posts on her social media, Michelle said that they broke up after serial infidelity from her partner.

She explained that she had chosen to protect the identity of her ex but Kenyans on social media have been speculating.

Michelle said while the two had kept their relationship under wraps, many Kenyans were asking why the two had not been hanging out together.

"This year, more and more people began noticing that them and I are interacting less, both online and offline," she said.

"Wherever I go, I am asked about them and why we are apart, including right here online, which is why I am addressing it on the very same platform."

She said she was able to confirm her worst fears after speaking to the other women who were also involved with her partner.

"Those I suspected and confirmed are two individuals; one a public figure, and the other a less-known married woman, a health worker. Eventually, these individuals undoubtedly confirmed the above. I attach screenshots and my responses simply to alleviate denial."

She added that every time someone asked about her ex, it would reopen the wounds.

In one of the screenshots she shared, the ‘health worker’ told Ntalami that the affair began in September 2020 and fizzled out in November the same year.

The other woman, a public figure, said Michelle’s ex said they weren't dating when they had the affair and even contemplated settling down together.

"The deceit and lies spawned during the relationship have been devastating, to say the least. What’s worse, they have never admitted to what they have done, let alone apologised, despite me giving them several chances all year to come clean," she wrote.

"As soon they knew I found out, they fled, occasionally popping in and out of my life but never once with the truth. This has caused me immense mental and emotional pain."

She said the two have since unfollowed each other on social media and socially.

Word Is reached out to Makena to respond to the cheating allegations.

She said, "I have no comment on the matter, I let it be."

Michelle is my friend not wife, says Makena

In March, Makena made headlines after she came out as a member of the LGBTIQ+ community.
Sasa
7 months ago

No Longer at Ease

The more we denounce God, the more we will abandon what the holy book says about this matter.

How gay, lesbian films can get past moral police