The Nigerian singer said her lover is not the blackmailer. 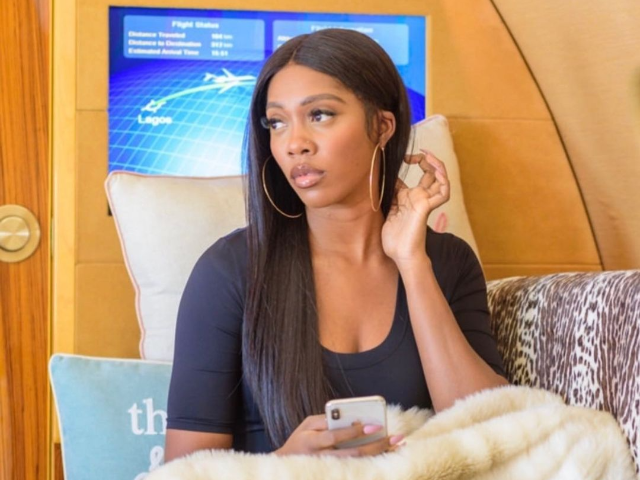 Tiwa Savage has been trending in West Africa after her sex tape was leaked online.

Savage said on Instagram stories that someone had been blackmailing her.

The Koroba hitmaker in a past interview with Power 105 said before the video leaked, she was asked for money, which she opted not to give.

"Yesterday I was leaving a radio station in my car and my road manager sent me a message and was like 'Yo check your phone' and I'm like okay, then I checked it and I'm like where did you get it from and he like I just got it like 20 minutes ago. It's a tape of me and the person I'm dating right now," she said.

"I got off the phone and sent it to my manager and she was like 'Oh my God' and I was like 'what are we gonna do?' So the person is asking for money now."

The Nigerian singer said her lover is not the blackmailer.

"No. He is going crazy too. I'm like what are we gonna do and my manager is like 'How much are they asking for?' So I woke and I was like no - I pay now, two months time you gonna come back again and two years and who knows if I do send you the money you are gonna release it anyway," she added

"Like the fact that I'm not going to allow anyone to blackmail me for doing something that is natural."

How racism made me suicidal – Tiwa

The singer said she hated her skin colour and always wanted to bleach
Sasa
1 year ago
by ELIZABETH MUSYIMI Lifestyle, Entertainment Journalist
Word Is
21 October 2021 - 07:15