I found myself in the deep end, says King Kaka

In new song, he says he was in the dark and didn't trust every light

• His health deteriorated after misdiagnosis and eventually, he was admitted 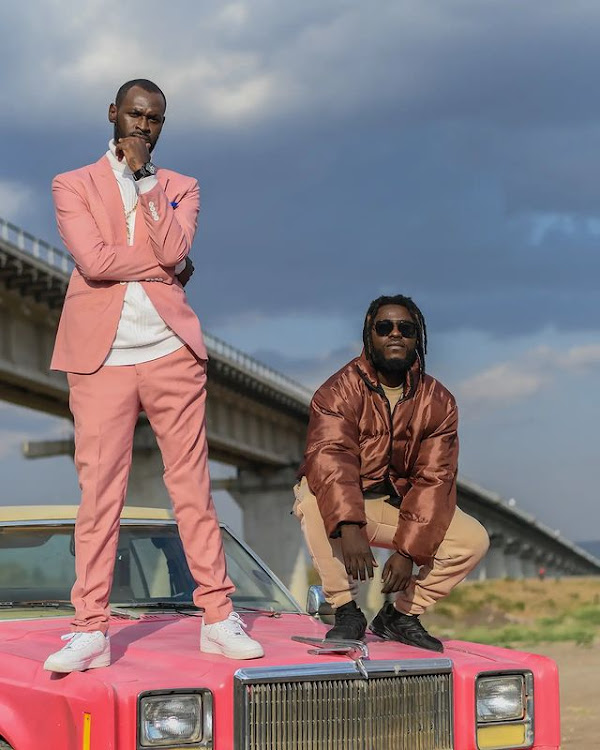 King Kaka was misdiagnosed, which led to a serious bodily reaction. His health deteriorated and eventually, he was admitted.

The father of three gives a summary of his testimony through this song, where he narrates how nerve-racking his stay in hospital was.

"I found myself in the deep end. I was in the dark, don't trust every light," he sings.

"I am on the road to recovery, I am not fully healed."

While announcing his song, Kaka took to Instagram to share a graphic photo he took while still in the hospital.

He explained that two days after he was admitted, doctor's drilled his hip bone for a bone marrow sample.

"Thanking God was the only solution after doubting Him at that time," he said.

"I was in between worlds, fighting to see my family once more. I would force my last smile when Nana and Moms visited, but truth is, the nights got darker and I would be back in the ring with life."

A few days ago, King Kaka's wife, Nana Owiti shared the emotional turmoil she went through during her husband’s illness.

She said she was unable to sleep when doctors issued a series of tests to be done on King Kaka, including checking for cancer or a tumour.

She is grateful for her husband’s healing but says she has not gone through such dark times in a while and considers this experience the worst.

"I will never stop thanking God for taking us out of the lion’s den. Every day I thought I had seen the worst, I saw the ‘worstest’ the next day," she wrote.

"I watched my husband constantly knock death’s door but still wore God’s amour. Maybe he was knocking the door so he could knock the devil off."

King Kaka's fans have shown support by wishing him a quick recovery after watching his song.

Washi Kartel wrote, "Let's give King Kaka the light he deserves. Despite all, he's still strong and moving."

Poet Starknow TV wrote, "Greatness in it! Still, it's not the end, stay strong champ, this song is very uplifting."