I was sacked from K24, says Njoroge Githinji 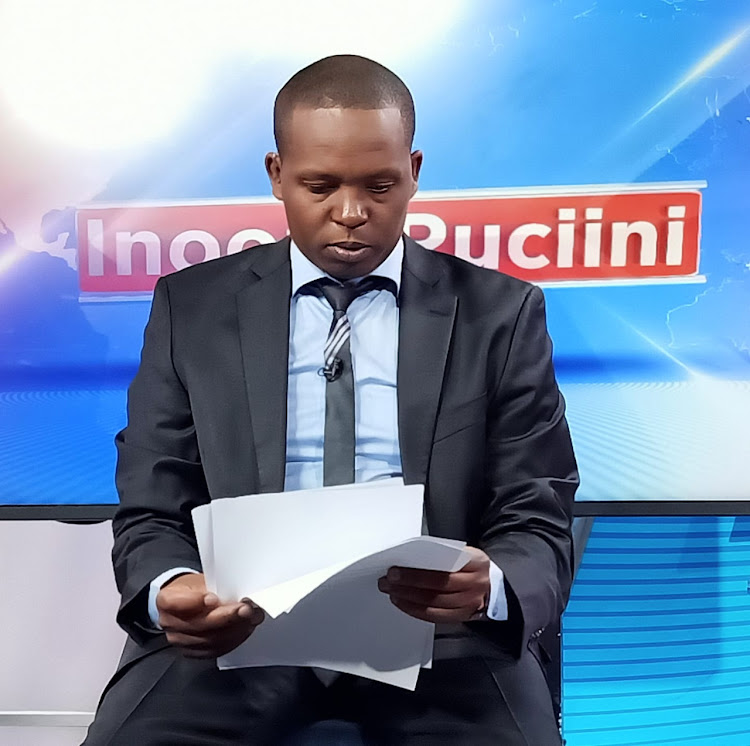 Speaking in a recent interview with Kikuyu Diaspora TV, Njoroge said he had worked at K24 for eight months before ultimately being fired in 2013.

"It's good to clear the air that I was sacked. On that day, I knew it was inevitable through my connections. I knew the following day I would be among those who were going home."

Njoroge said after the sacking, he felt as if life had stopped for him.

"I hated life and whenever I saw people smiling, I wondered why they did. I regret questioning God for that."

At the time, he did not know how he was going to take care of his wife as she was expectant.

His wife did not sympathise with him but instead, she urged him to utilise the opportunity and go back to school.

Githinji had finished his Diploma in Public Relations at a Nairobi university, and so he sought to enroll for a degree in journalism at the Kenya Methodist University.

He opted to also go back home and work in a quarry to sustain his family.

On the day his wife gave birth, he was called for an interview to work for Mwanaspoti at QTV.

"I got the job and got the chance to work alongside Joshua Makori as a co-host. The contract however ended that year in December," he said.

He also got a chance to do sports at Ebru TV for a short time, while still studying part-time at Kemu.

"Sports was my stronghold and I knew I was good at it."

A friend informed him that Inooro TV was opening and encouraged him to apply.

He applied for a sports editor position but was hired for the role of a TV host for a brand new show, Inooro TV Breakfast.

"I told them I did not like politics but the station opted to take a famous radio presenter to work with me."

He said the biggest challenge was the trolling that came from haters on social media.

"Some told me that I would bring my co-host down and that I was not the best person for the show. I focused on being myself and created my own brand there."

He said he is currently studying master's in digital journalism.

Employees fearing axe, future is in your hands

Dear employees, your job is expendable but you are not
Sasa
1 year ago

Why hustling is the way out for youth

Odhiambo’s story showed value of option B as you chase dreams
Sasa
2 months ago
Chidzuga turns to catering after K24 sack
by ELIZABETH NGIGI Lifestyle, Entertainment Journalist
Word Is
29 September 2021 - 00:05