• Charltone, then 16, was living with mum in Nairobi when she started behaving oddly 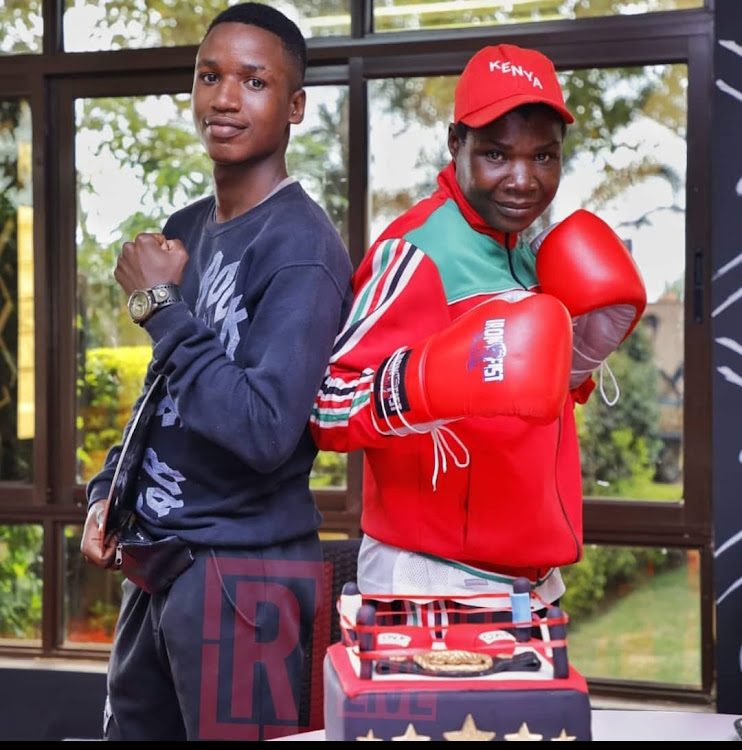 Renowned boxer Conjestina Achieng's fall from grace to grass can best be told by her son, Charltone Otieno, 25.

Conjestina had a promising career in boxing, winning medals and flying the Kenyan flag high.

That was before she became mentally ill and settled down at her Siaya home.

Speaking to Word Is, Charltone shared memories of the day his mother started showing signs of mental illness.

“We would go to the gym and train. But one day, we went there and she just sat, doing nothing, and told me she is busy,” he said.

Charltone, 16 at the time, lived with his mother in Nairobi, and he witnessed her condition worsening day by day.

“She locked me in the house, saying there are people after me. I was locked in the house from morning to evening, then she came back with a gift, a bicycle. The next day, she lit a fire in the house, burning her important documents, photos.”

After observing the queer behaviour of his mother, he called his grandfather, who came and took her to hospital.

Since then, Conjestina has been in and out of the hospital but still remains mentally unstable.

Sonko visits Conjestina at Diani rehab, hits out at critics

Recently, reports emerged that the boxer had burnt down her house in Siaya.

“If she was to burn her house, she would have done it long ago. It was an accident and it was put out but her personal things and clothes burnt down,” Charltone said.

Even though she is mentally ill and confined to a village hut, memories of her glory days are fresh in her head.

“Mum remembers everything. It is only that when she talks to you, she says some irrelevant things. She feels neglected, sometimes she can go to a corner and talk to herself the whole day. On such days she doesn’t eat or even sleep. The next day she is hyper.”

Charltone was raised by a single mother, and he hopes to know his father one day.

“I asked her when I was six years old. She said she will answer me when I'm old enough,” he said.

“I'm now old enough but I can’t ask it, she is not in the right state of mind. I would like to know him, whether dead or alive.”

Mental illness can be cured

Following the saddening account of the once-explosive ‘Hands of Stone’, Conjestina Achieng, or Conje, as she is ...

By By MONICAH MWANGI @monicahmwangi
Sports

Why boxing fraternity is a worried lot amid Covid-19 crisis

There have been no boxing competitions in Kenya since March this year when the National Intermediates Championships ...