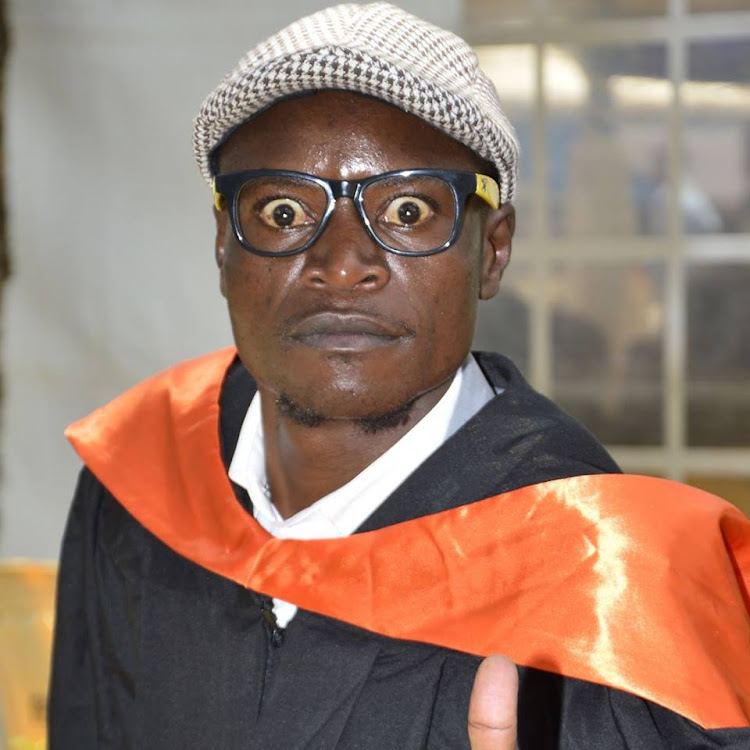 Comedian Michael Omuka, alias Smart Joker, says he spent a large sum of money he received in an ambassadorial deal on slay queens.

In a recent interview with Churchill Show Journey Series, the comic said after his appointment as the Communication Authority Of Kenya (CAK) ambassador for the analogue-digital migration in 2014, he used part of the lump sum he got to buy his mother an acre of land.

But that and his move to Kinoo from Kibera would be the highlights for him as slay queens robbed him of his hard-earned gains. "Slay queens ate my money before I met Mercy (wife)."

He had been keeping some cash in his house for miscellaneous needs but slay queens robbed him.

"Slay queens confused me, especially the ones from Kinoo. They came to my house and took my money by force," he said.

"One of them brandished a gun on my head, asking for money yet I was naked on a mattress with one of her friends. Thieves," he said.

The comedian said he has since learnt his lesson and in case he gets another endorsement, he will use the money well, only with his wife.

Jamal cheated with many women before marrying Amber

He used to spend Sh50,000 per day on different women