• Mutua said that his DM has been on fire since he announced his breakup from Lillian. 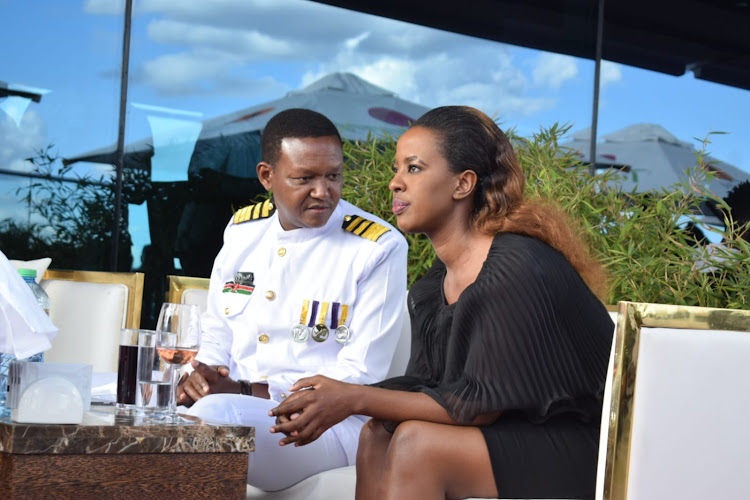 Alfred Mutua with his ex-wife Lilian Ng'ang'a during his birthday
Image: Sharlene Malwa

Machakos Governor Alfred Mutua says he was not dumped by his wife Lilian Ng'ang'a.

During an interview on Bonga na Jalas, the governor said he was still friends with Lilian.

He thanked Kenyans for the comforting messages sent to both of them.

Mutua said his DM has been on fire since he announced his breakup with Lillian.

"Don't even go there. In this life, everything you do you have to do it with an absence of maturity. Everything you do has an impact on your previous or current partner," the governor said.

"Every action you take you to have to behave in a way that society does not make you look funny. I have received very many DMs. Some have even sent me body parts. People have sent words of comfort and support for me and Lilian and it's a good thing for us."

A week ago, the Machakos governor took to his social media to announce that they had broken up two months earlier.

"Lillian and I have been a blessing to each other. Two months ago, we decided to slowly disengage. We are on amicable terms and remain very close as friends," he said then.

During the interview, Mutua reiterated that they were still friends. He said they had agreed not to address their issues in public.

"All I want to say is this, once you have given your life to somebody for a long time, it behoves you to focus on the positive elements of your time together rather than any small problems you might have had," Mutua said.

The governor said it is very important for those in relationships to respect each other when they are together or not together.

"Leave room for reconciliation and friendliness so that even if you’re with other partners, you can still remain friends and work together," he said.